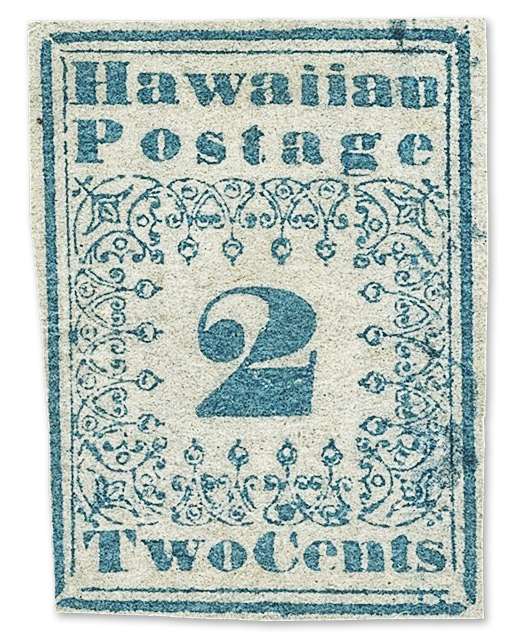 Imagine this: a table is set on the quay of an island. A ship has just arrived and the mail is being unloaded from it and is being dumped directly onto this table. The inhabitants of the island begin to rummage in correspondence, those who have found letters addressed to them take them with them. This is how the postal service has been working in the independent Kingdom of the archipelago of the Hawaiian Islands in the Pacific until the middle of the last century (the Republic of Hawaii was formed in Hawaii in 1894. However, in 1898, during the Spanish-American war, the United States annexed the islands of the archipelago granting them the status of a "territory". And in August 1959, Hawaii received the status of the 50th US state). The simplistic nature of the delivery of correspondence was then changed by one of the immigrants. After he had not received a single letter after the arrival of several ships, he decided to investigate the reasons for this and found that his mail was received by another inhabitant of the island, his namesake.

This case led to the fact that in December 1850 the Government of the Kingdom developed and approved a postal reform and issued the first postage stamps for newspapers, internal letters, and letters to the United States in 1851. The stamps were made in the government printing house of the capital of the Hawaiian Islands, Honolulu, by means of typographical printing on thin fragile paper (all stamps were blue). The author of the design is still not unknown. However, the stamps became world-famous, because the senders of almost all the letters on which they were placed were missionaries who came to the islands.

In the middle of the spring of 1852, a stamp was printed and then listed in Scott’s catalog (# 4). This was done in order to correct the misunderstanding and clearly indicate that a stamp with a value of 13 cents can serve as payment for shipments from both Hawaii and the United States at any of the destinations located on the east coast of the United States.

These stamps are considered some of the rarest stamps in the world. The rarity of the stamp with a nominal value of 2 cents is also indicated by the fact that it is one of the most popular topics when issuing postage stamps dedicated to philatelic rarities. The circulation of these postage stamps is unknown, and the poor quality of the paper led to the fact that most of them were ruined. At the moment, there is no accurate data on the number of missionary stamps that have survived. In the philatelic literature, the information differs strongly and it is impossible to understand where the truth is. One thing is clear though - there are only a few of these stamps (only 15 copies of this stamp have been preserved), and a 2-cent unused specimen is known only in one copy. There is also a unique envelope on which two “missionary” stamps are glued together with a pair of 3-cent stamps (surcharge for delivering the letter to the addressee). 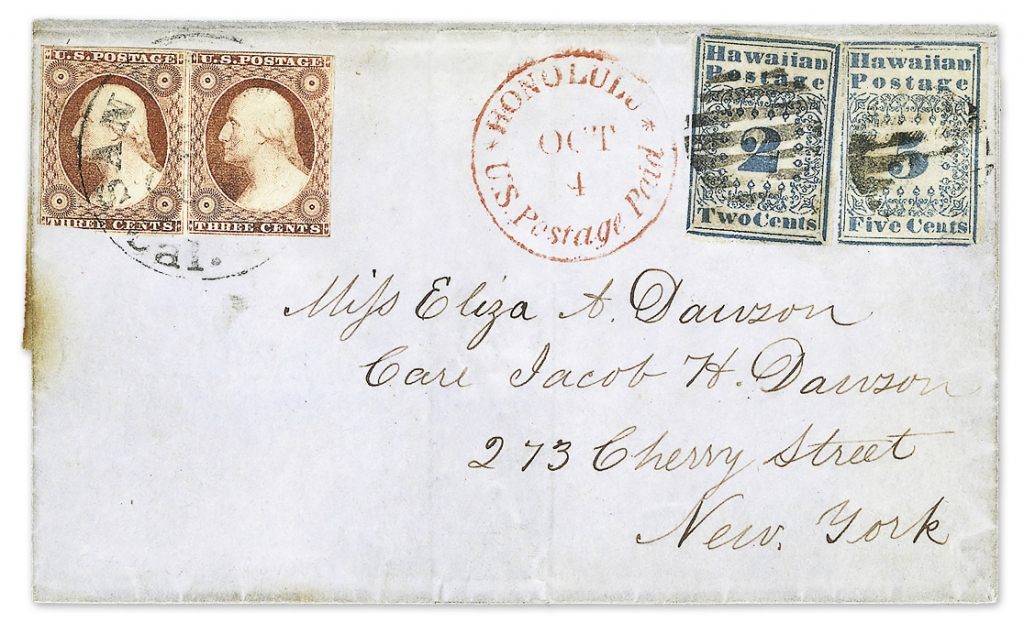 And here is a fragment of another letter, on which there are 5 "missionary" stamps at once, and on the envelope, there are 4 rare 2-cent stamps at once. It was found only in 1918. It is such a precious philatelic rarity that there are still debates about its authenticity.

An envelope with 5 missionary stamps.

Like any legendary stamp, the surviving missionary stamps are surrounded by the most mysterious stories. One of them is almost a real detective story. The first known owner of the 2-cent stamp was the Parisian collector Gaston Leroux. In June 1892, he was found murdered in his apartment. The police investigating this incident was confronted with a mystery: a large sum of money that was in the apartment of the victim, partly in gold and also the jewels, was not stolen. No other evidence, which would allow determining the motive of the crime, was found. Then the best professional detectives of Paris were involved in the investigation. One of them carefully examined the apartment of Leroux and found a cache in which an album with stamps was hidden as well as a detailed list of the items in the album. Leafing through the album and comparing its contents with the list, the detective found that the collection lacked a 2-cent stamp of the Hawaiian Islands.

A survey of all Parisian stamp dealers showed that they did not have this rare piece for sale. When asked whether they knew of any Parisian collector who would be interested in acquiring such a stamp, the merchants, one after another, named the well-known collector Hector Giroux. Continuing to investigate the murder case, the detective met Giroux pretending to be a keen philatelist. He got quite close to Giroux, who then let him take a look at his collection. This is how the detective found the 2-cent missionary stamp. According to another version, in one of the conversations with Giroux, the detective started talking about the first Hawaiian stamps expressing doubts about the existence of the 2-cent rarity. Giroux opened his album and showed this stamp to the “philatelist”. Giroux could not provide a sensible answer when he was asked how it got into his collection and, after a long investigation, he admitted that he had killed Leroux, who refused to sell him this unique piece. This detective story is repeated in many sources. However, nothing is known about the fate of this stamp. It has never been offered at either regular stamp auctions or online stamp auctions and exhibitions, but usually, the fate of such valuable stamps can be traced in detail.

Some sources believe that this stamp was in the collection of the famous philatelist Ferrary. When selling his collection at philatelic auction in the early 20s, another well-known philatelist acquired it for a large amount of money. In 1963, the piece reappeared at auction in New York, where it was passed into the hands of an American philatelist. However, this story is hardly true, otherwise, information about it would necessarily appear in the press. Most likely this unique copy has been lost.