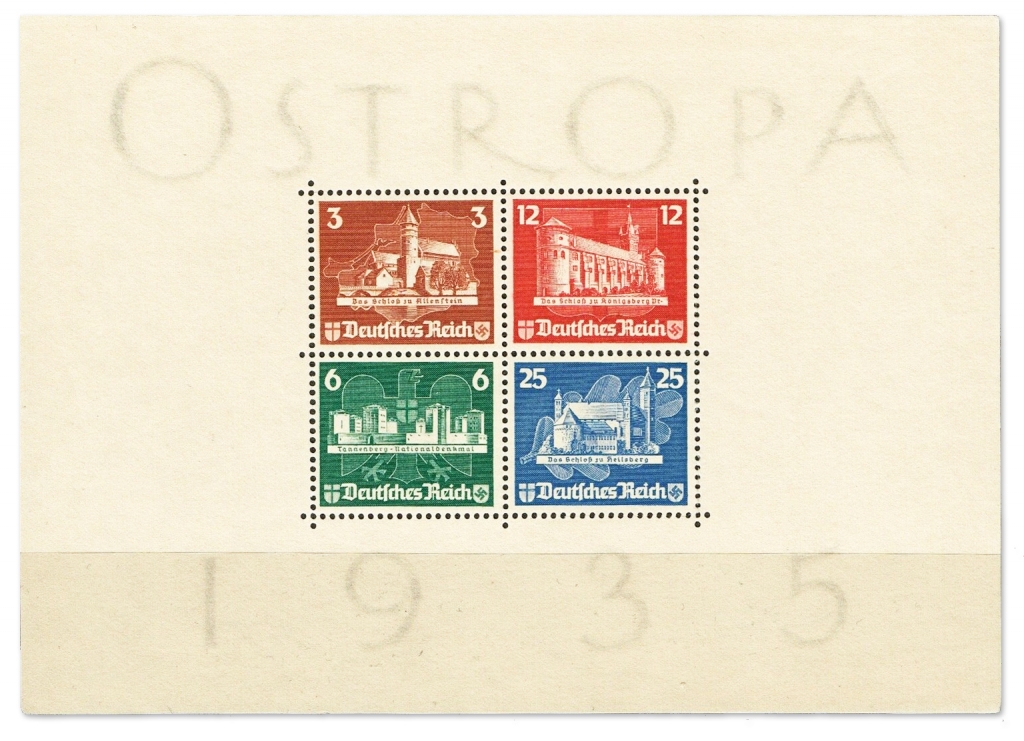 A souvenir sheet is a special form of issuing postage stamps in which one or more stamps are printed in a small sheet. As a rule, such sheets are issued in honor of a significant event and their margins contain the corresponding inscription, decoration, or images that continue the design. Blocks primarily have a souvenir value, but the term implies both to regular postage blocks and souvenir issues that are not intended for postal circulation. In the classic form, a block consists of one stamp. However, sheets consisting of 4 pieces are often found as well - two stamps organized in two rows. On average, there are up to 6 stamps in one souvenir sheet, however, you can find issues containing up to 15 postage stamps. The denomination on the stamps of a sheet may be the same or varied. The same applies to designs, which may nevertheless be united by a common theme.

1994 sheet of Nicaragua from the alien series.

Typically, blocks are released singly or as a logical conclusion to a series with the highest denomination, but in some cases, a series of stamps are also issued. For example, in 1994, Nicaragua put into circulation a series of 8 souvenir sheets dedicated to contacts with aliens. Sometimes postal services issue numbered sheets that have serial numbers on the margins in a small register. Such numbering is a form of guarantee that additional issues won’t be printed. 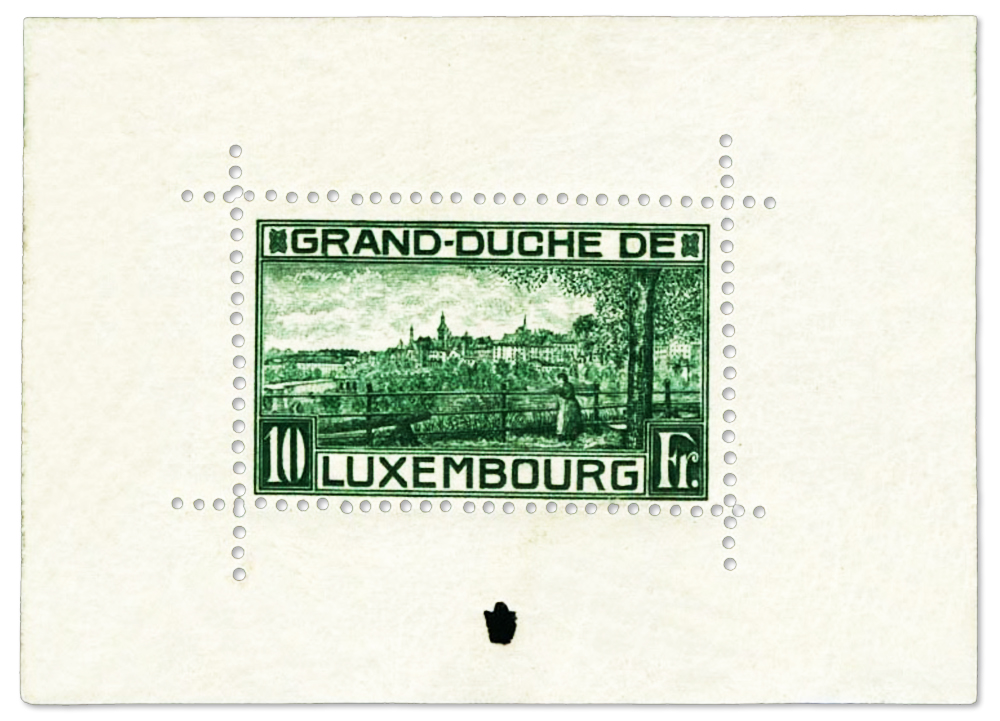 Interestingly, it took more than 80 years from the date of Penny's Black release to print the first souvenir sheet. The very first issue was the green 10-franc souvenir sheet of Luxembourg created in 1923, which was introduced to celebrate the birth of Princess Elizabeth. Unlike previous issues, it was printed not in sheets of 50 and 100 copies but in separate stamps with 8x6 cm margins. This may have happened due to different versions - either as a result of a printing error or to attribute particular importance to a stamp with high value. However, since this stamp appeared on regular sheets just in 2 months, it may be assumed that the most likely the reason for that was a printing error. 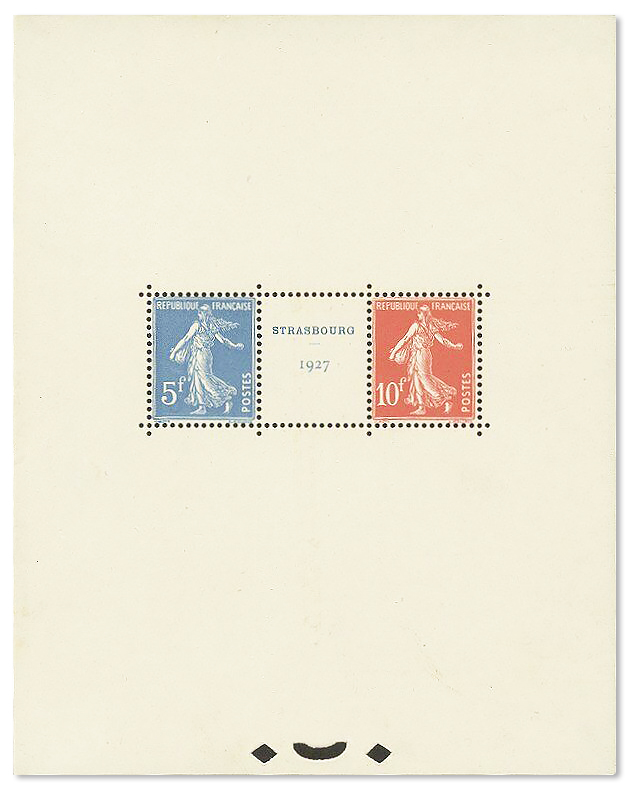 By the way, some earlier releases of Luxembourg are considered the predecessors of the souvenir sheet. These include small sheets of 1906 and 1921 issued in honor of the Grand Duke William IV and dedicated to the birthday of his grandson, Prince Jean, who later ruled this state until 2000. In 1924, a new souvenir sheet was printed in Belgium and it consisted of four stamps; the sheet was sold at the International Philatelic Exhibition in Brussels. France continued the tradition of holding philatelic exhibitions in 1925 in Paris and in 1927 in Strasbourg. In the first case, a block of 4 stamps was released (for the first time, the text was printed on the margins), in the second case, there were only two stamps on the sheet.