The Most Expensive and Rare Stamps of Canada

Canada is one of the largest countries in the world in terms of territory and among the ten most developed countries in the world. Before the formation of the Confederation, each colony issued its postage stamps. In this review, you will find the most valuable stamps of this country from different periods. 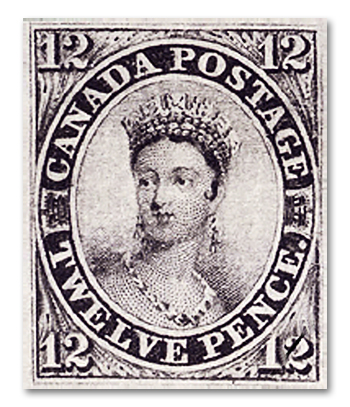 This stamp is a philatelic rarity. It was released in large volume but the postal service sold only a thousand and a half copies. The portrait of British Queen Victoria was placed on this unperforated black stamp with a face value of 12 pence. The portrait was taken from the work of Alfred Edward Chalon. He portrayed the queen during her first public debut in the mid-19th century. At the moment, it is known about the existence of 6 unused and 12 cancelled copies. The lot was sold at Halifax 6 years ago. 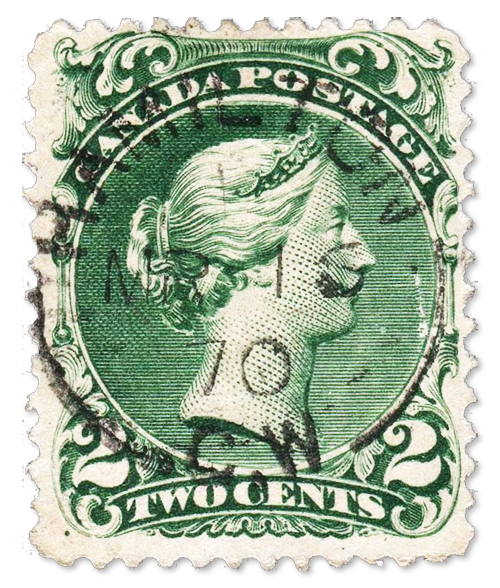 This is the rarest standard stamp of the country. It was created in 1868, and it also portrays Queen Victoria. Interestingly, the piece was found only 57 years after its creation. At the moment, the philatelic community is aware of the existence of 3 such copies. Curiously, when they discovered the first stamp, many credible sources expressed doubts about its authenticity. All the three copies are cancelled but in fine condition. The lot was offered by Eastern Auctions. 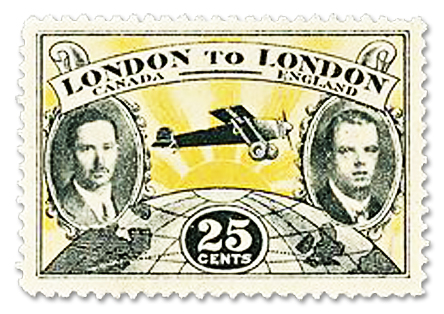 This is also one of the quite rare stamps of Canada. According to experts in the field, only a hundred such stamps were created, and very few of them remained intact after their transportation by plane. It is known about the existence of thirteen such copies. 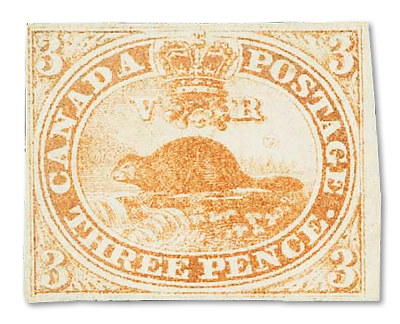 The image above shows the very first stamp produced in the country. This beautiful stamp in mint condition and with original gumming was offered at Eastern Auctions. The rodent shown on the picture is a symbol of Canadian people constructing their communities. 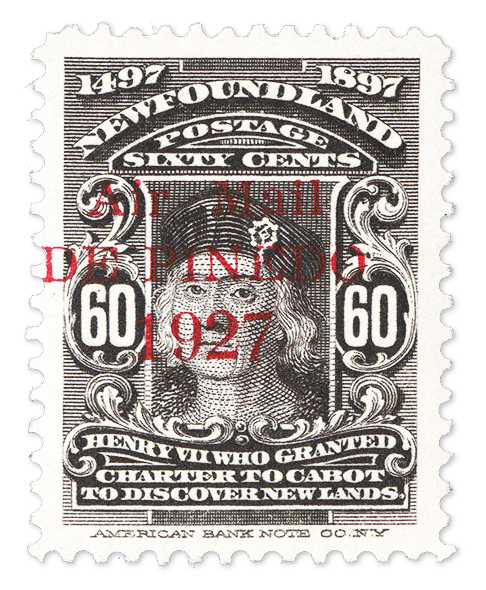 The next lot was sold at Spink 5 years ago. There have been not more than three hundred stamps of this issue ever produced. Importantly, only thirty-three copies are in a new condition. The lot has an overprint indicating that the correspondence was to be flown by Francesco de Pinedo. 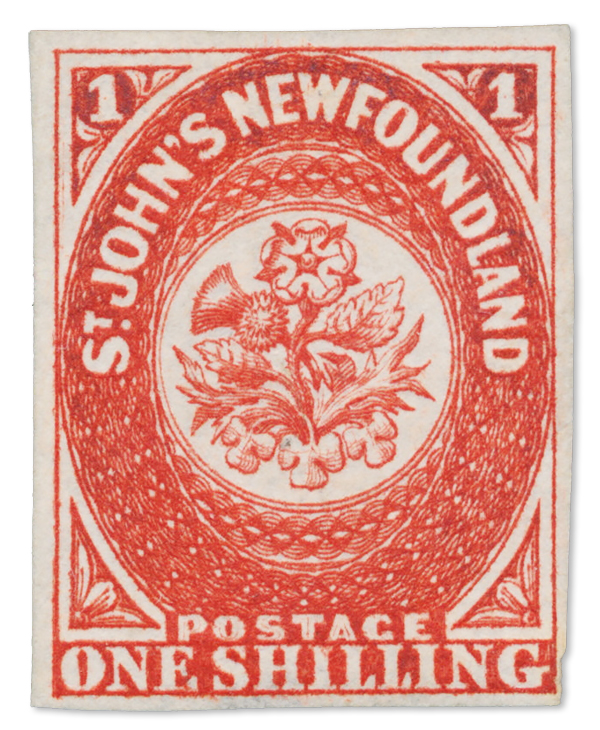 This series were created 6 years later after the first Canadian issue. The beautiful piece shows thistle, rose, and shamrock. This unperforated lot with no gumming was sold at a Spink event. Importantly, the stamp has close at bottom right, which has reduced its final price quite dramatically. 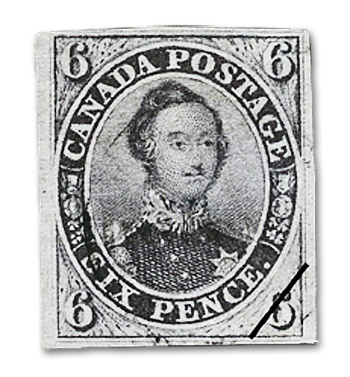 This 6-pence stamp was designed in 1851 along with other first issues. As one can see, it shows the portrait of Prince Albert. Overall, around 100,000stamps of this series were created, and collectors can sometimes observe this series at online stamp auctions. This lot was sold at Spink 5 years ago. 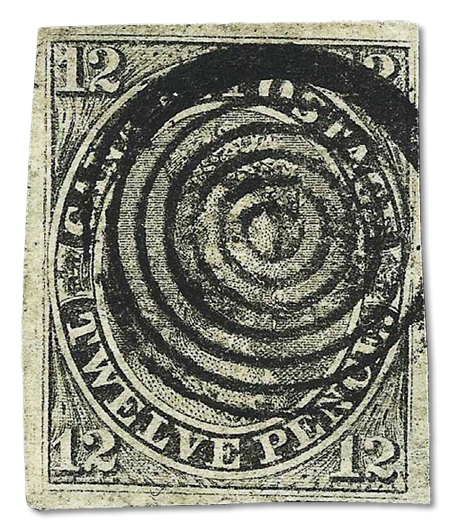 In 2013, a postage stamp from the first issue of Canada with a nominal value of 12 pence with a portrait of British Queen Victoria was sold at auction by Robert Siegel. The stamps with this design came out not only in Canada but also in other British colonies - New Zealand, Tasmania, Grenada and so on. The first Canadian stamps were printed in New York by Rawdon, Wright, Hatch & Edson, which also previously issued the first nationwide edition of the USA in 1847. The Canadian series included three different stamps. The value of the 12-penny stamp matched the fare to Newfoundland, Bermuda, and the West Indies. Therefore, due to limited use, this stamp was not in high demand. Of the fifty thousand copies released, less than a thousand stamps were ever put into circulation. The rest of the issue was destroyed, which explains the high price of this stamp. This lot has a number of minor damages and the restored upper corner. Black cancellation on the stamp almost completely closes the drawing and does not allow to see the image of Queen Victoria. 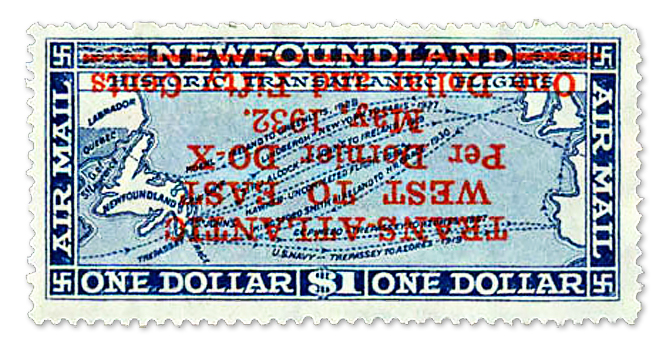 The next lot was put up for auction by Kelleher Auctions 5 years ago. The stamp is quite rare despite the fact that eight thousand copies were issued. Nevertheless, only thirty specimens with inverted surcharge have survived. 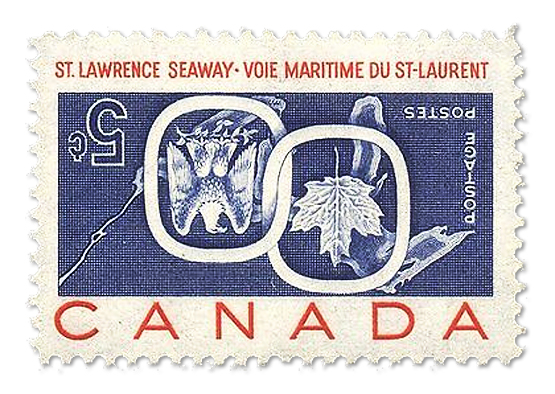 St. Lawrence Seaway is a 5-cent stamp that is well-known due to the error it has. If you look at the picture, you will notice that the center of the stamp is inverted. This beautiful mint stamp was sold by Vance Auctions 4 years ago.