After the Princess of Philately was sold for 9.5 million dollars, David Feldman decided not to waste time and auctioned the famous collection of postage stamps and envelopes of British Guiana owned by John du Pont. The philatelic auction was held in June 2014 and its results exceeded all expectations. Over 131 exhibited lots were sold for about 6 million euros in total. Despite the fact that this amount did not exceed the amount for which British Guiana was realized, the results of the auction are still worthy of your attention. In his turn, the auctioneer expressed surprise and stated that during the forty years of his auction practice, there has never been such an instance when all the lots were sold at a price many times higher than the initial one and when not a single lot remained unsold. 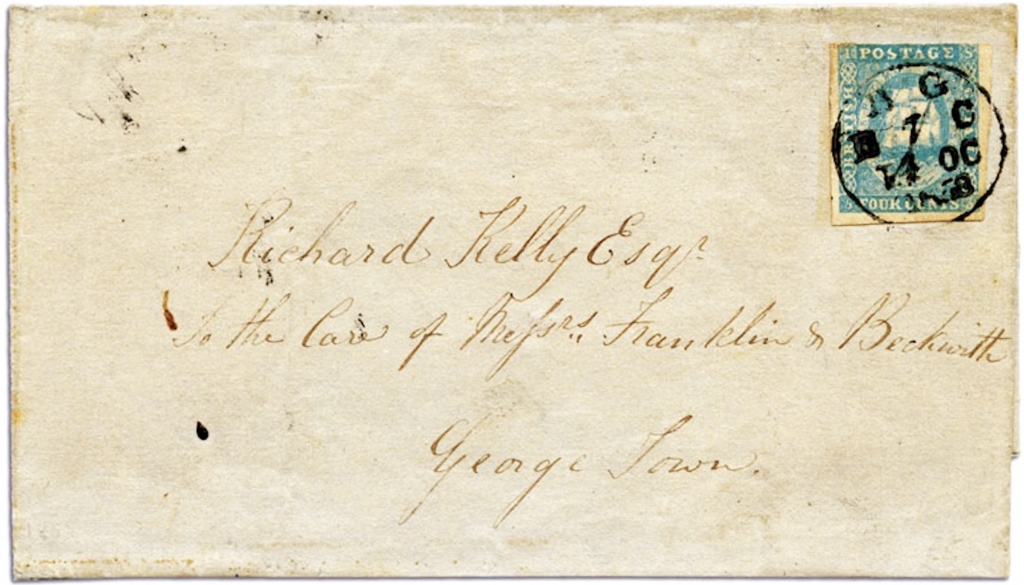 The final price of many items was ten times higher than expected. For example, an envelope franked by a blue 4-cent ship issued in 1858 (please see the image above) had an estimated value of 600 euros, but it was sold for 34 thousand, that is, the result of the sale exceeded the estimate by 56 times. A blue 12-cent piece from the first series of 1850 was sold for €70,000, which is 35 times higher than the planned 2,000 euros. The results of the auction pushed publishers of international catalogs to reconsider the prices for these stamps. We will not show you all the interesting lots and will limit this review to the most expensive postage stamps. We also will not show repetitive rarities but only rare stamps that seem the most interesting to us. 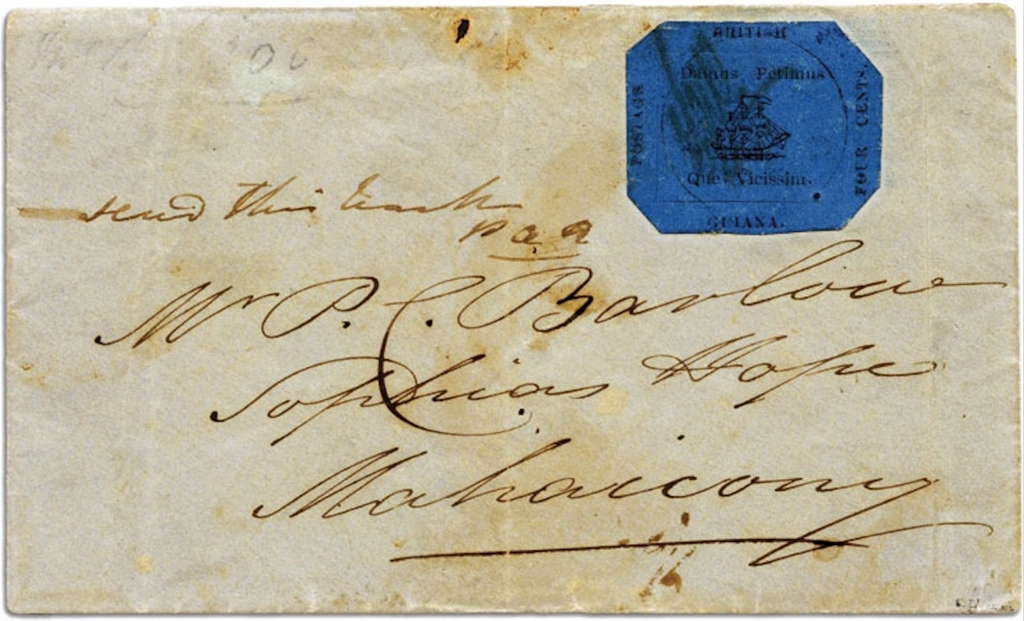 The leader of the auction was an envelope with a blue four-cent octagonal-shape stamp similar to the Princess of Philately from the same series of 1856. The lot was sold for €288,000. 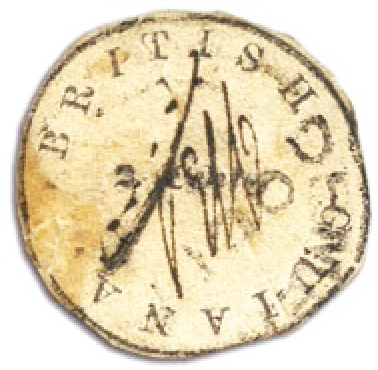 This is the first postage stamp of British Guiana with a nominal value of 2 cents (to be exact, it is listed in catalogs as number one; however, it was printed in 1851, that is, later than some other stamps of this series). It was sold for as much as €228,000. 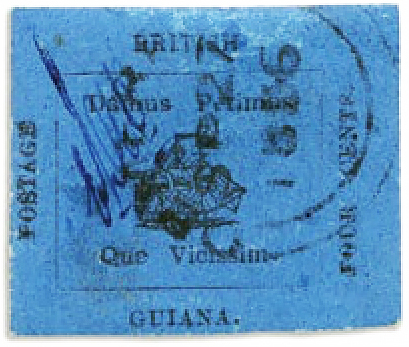 This is a separate blue four-cent postage stamp issued in 1856. It does not have cropped corners like some other stamps of that year. It was sold for €204,000. 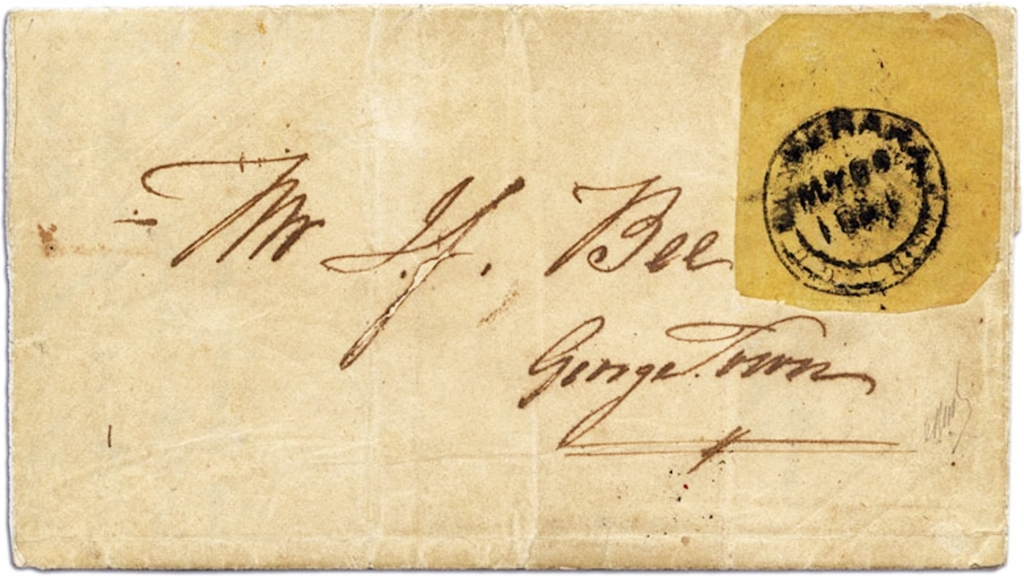 This lot is a postal envelope from Demerara to Georgetown with a 4-cent stamp of 1851 on thin paper from the Cottonreels series. The piece has very wide margins. It was sold for €192,000. 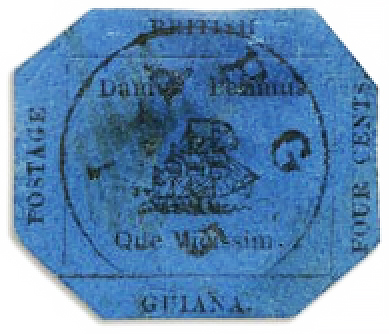 This is another blue four-cent stamp that was released in 1856. This lot has cut corners unlike the similar lot shown a bit higher in the list. It was sold for €180,000. 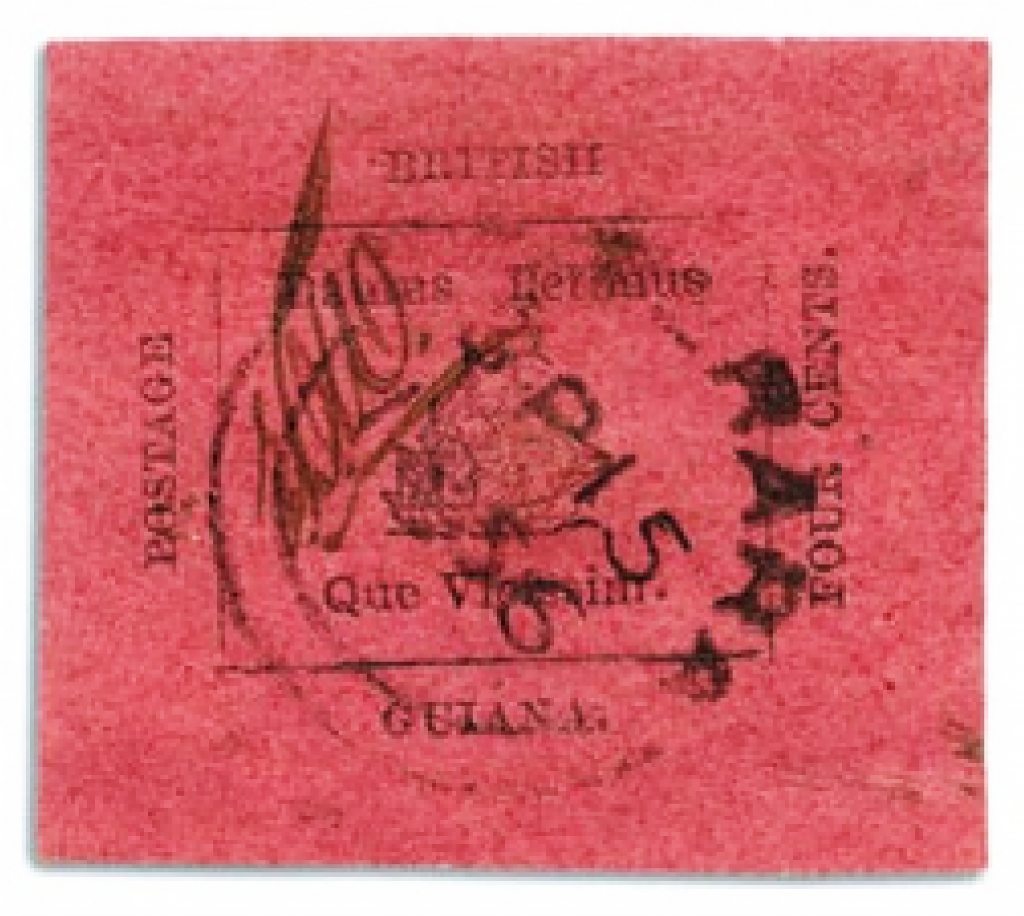 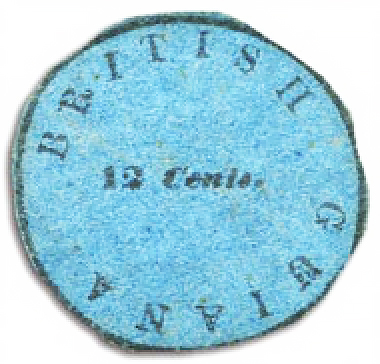 This is a blue round-shape stamp with a face value of 12 cents from the first issue of British Guiana stamps. It was sold for €156,000. 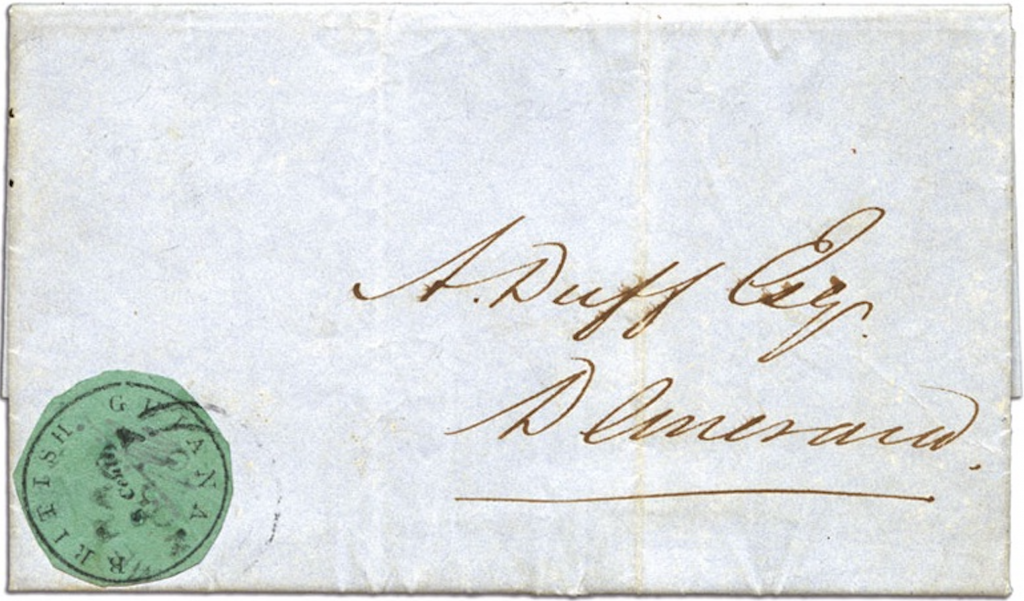 The next lot is an envelope with a green 8-cent postage stamp of 1850. As you can see, this interesting and rare stamp is located in the lower-left corner. The lot was sold for €156,000. 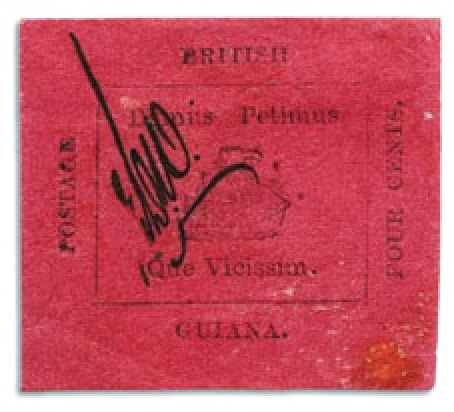 This red 4-cent stamp of 1856 was somewhat inferior in price to the exact same lot (the more expensive stamp has a cancellation mark; you can see this lot on the sixth position in this review). Perhaps, the cost was lower due to a damaged lower-right corner. It was sold for €120,000. 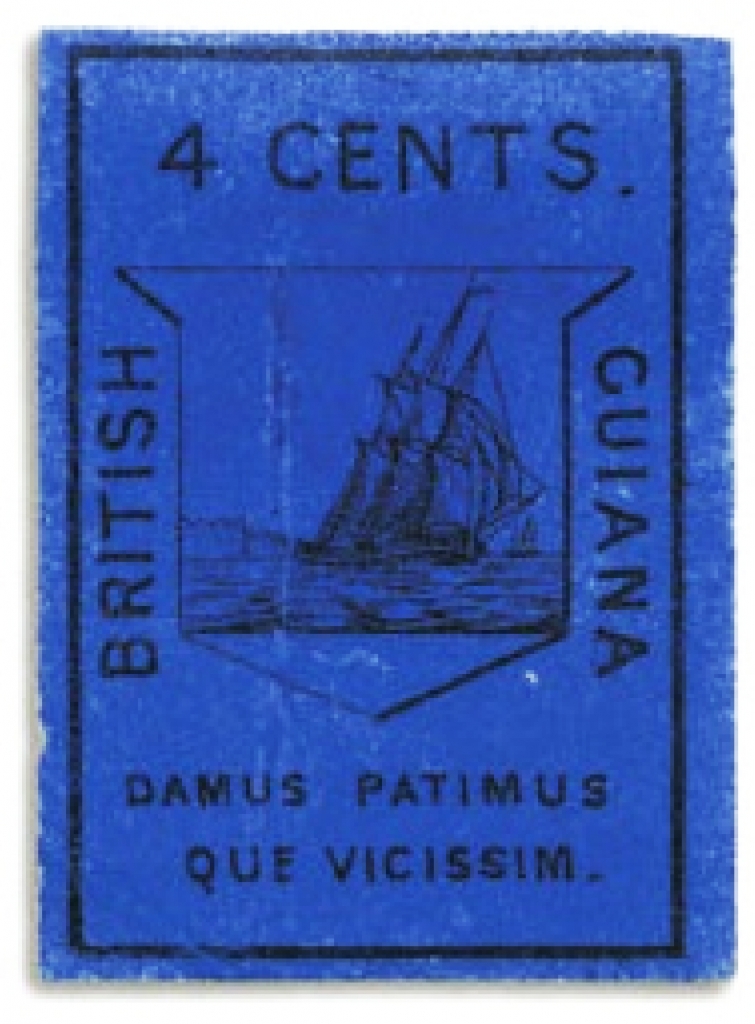 This dark blue clean postage stamp with a sailing ship from the second edition of British Guiana stamps (issued in 1852) was sold for €50,400.