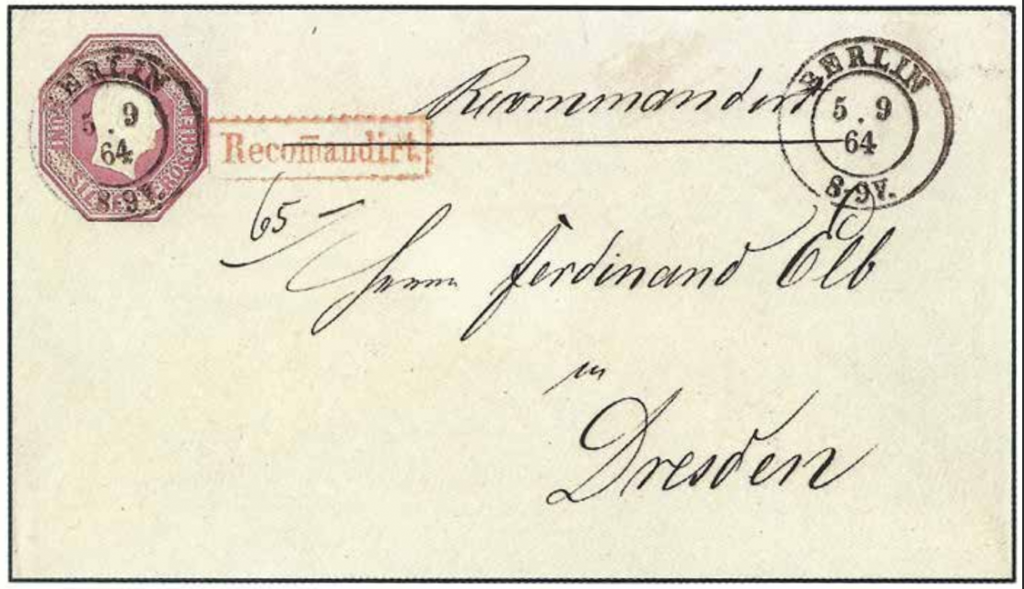 An expensive lot sold during one of the very first auctions.

As you most probably know, the first auctions were held in Europe and the US. Despite the evident need for such events, not all of them turned out to be successful and attracted many participants and visitors. Since 1865 (when the first auction was organized in Paris), many countries decided to initiate their own sales either at the local or international levels. In this part, you will find information about the very first auctions during which philatelic lots were offered for sale along with some other items as well as insights into the history of the first definitive stamp auctions.

Overall, the very first auction in Europe was held in Vienna at the Dorotheum auction house. This happened more than 300 years ago, and stamps were not offered at that time. The majority of lots were works of art, antiques, and some other valuables. Nevertheless, after the 1707 event, holding auctions became a tradition, and the house initiated sales of stamps of Europe and overseas.

The auction held by Bangs, Merwin & Co was also an event during which different lots were offered; however, this time, stamps were put up for sale as well. In general, the company placed an emphasis on the sale of coins and more than 30 pages showing different lots were offered to participants (in which only one accumulation of postage stamps was available). The first auction was held in 1862, and 6 years later the company decided to organize new sales and offer stamps for bidding.

Curiously, in Europe, attempts were made to organize the first philatelic auction since 1868 (for instance, in Germany); nonetheless, it happened only two years later. In the spring of 1870, Leavitt, Strebeight & Co finally invited philatelists from all over the country to their auction dedicated to the sale of stamps. It is known that 269 lots were sold within the first couple of hours. Interestingly, the visitors of the event were such personalities as J. W. Scott, S. Allen Taylor, and some other famous people who bought stamps during this auction.

The second philatelic auction (in the US this time) was organized the same year in New York. It was held by Mason & Co. Two years later, the company launched another event, and one of the guests was J. W. Scott again. However, the auction was not really successful as no valuable stamps were offered and the turnover was around 39,000 USD. After that, the auction house did not organize any new philatelic events.

As we noted earlier, one of the first US stamp auctions was organized in New York. The first event to be held outside this area was organized in the year 1881. This time, it was initiated by Steigerwalt, which provided a platform for holding regular stamp auctions for several years. This tradition was then continued by Ventom Bull & Cooper 8 years later, and after that, many other auction houses appeared and philatelic auctions were organized more aggressively.