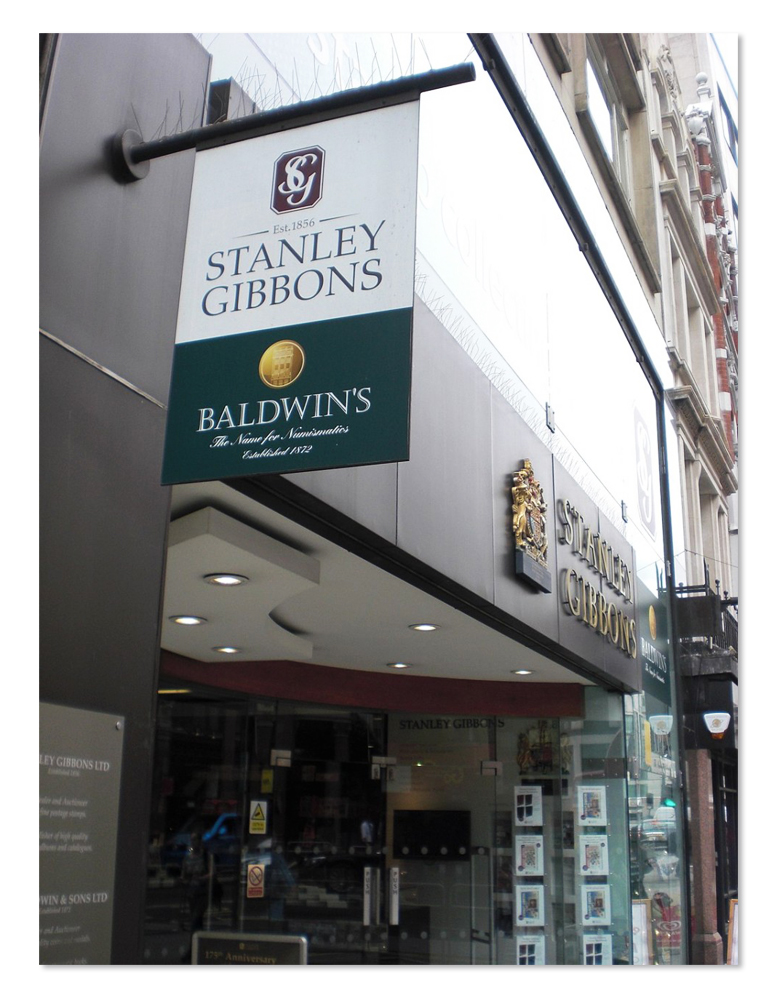 The headquarters of the company (photo taken by Michael Romanov.

Stanley Gibbons is one of the oldest and largest philatelic houses in Europe. This company has been operating in the market for almost three decades. It sells parts of collections or collection sets of postage stamps through impromptu philatelic auctions. The company's specialization is the stamps of the British Empire of all time periods. Stanley Gibbons is the largest and one of the most respected organizations in the postage stamp market, and it outpaces the largest philatelic houses of Europe, Asia, and America.

The auction house was registered on the island of New Jersey. The head office is located in London. The full name of the company is Stanley Gibbons Group Limited. The organization owes its name to its founder, Edward Stanley Gibbons (1840-1913), a perspicacious merchant, a native citizen of Liverpool of the 19th century, who managed to create a business with a turnover of millions of pounds from the ground up. One day, a nine-year-old boy named Edward came up to his father who was a pharmacist with an unusual request to put up for sale several old stamps in their pharmacy shop. Seven years later, Edward was fortunate enough to get used stamps from a pair of visiting mariners. Among them, he found quite worthy specimens and rarities with typos, defects, and printing errors. The purchased collection formed the basis of the stamp fund of the new company called Stanley Gibbons, registered in 1865. The company was headed by an ambitious and persistent leader who knew a lot about postage stamps and clearly visualized the future prospects of his business. The first sales of collection stamps were so successful that the young entrepreneur decided to concentrate on developing his business completely.

Things were going well for the company due to which the office of the enterprise gradually changed its location, moving closer to the most prestigious areas of London. In 1891, the first Stanley Gibbons specialized store was opened in London, which is still operational. Over the following decades, the company has steadily increased its capital and strengthened its authority in the international market. It is curious that the name of the company was included in the Guinness Book of Records. The company's specialization has remained unchanged for decades - the organization publishes philatelic catalogs and forms investment portfolios from the rarest copies of postage stamps. Also, the company passed the IPO procedure. Due to corporatization, many large investment companies of the world joined the composition of the founders. Throughout the existence of this auction house, it has sold multiple rare stamps and stamps with great philatelic value.