The First Philatelic Organizations and Traders

When stamp collecting appeared as a hobby, every collector sought to expand their collection. This meant that they needed not only stamps but also envelopes from different countries, information on the issue of stamps, as well as intermediaries who would help the philatelist to acquire new pieces. Such a need gradually led to the emergence of stamp auctions at which anyone could buy rare stamps and items of postal history. Also, each collector needed such basic things as albums, tweezers, loops and other accessories that would allow them to store and organize the material in an appropriate manner. Stamp collecting gradually became popular and more and more people started to engage in this activity, which led to the emergence of magazines, trading firms, catalogs, and various associations.


A Glimpse into History 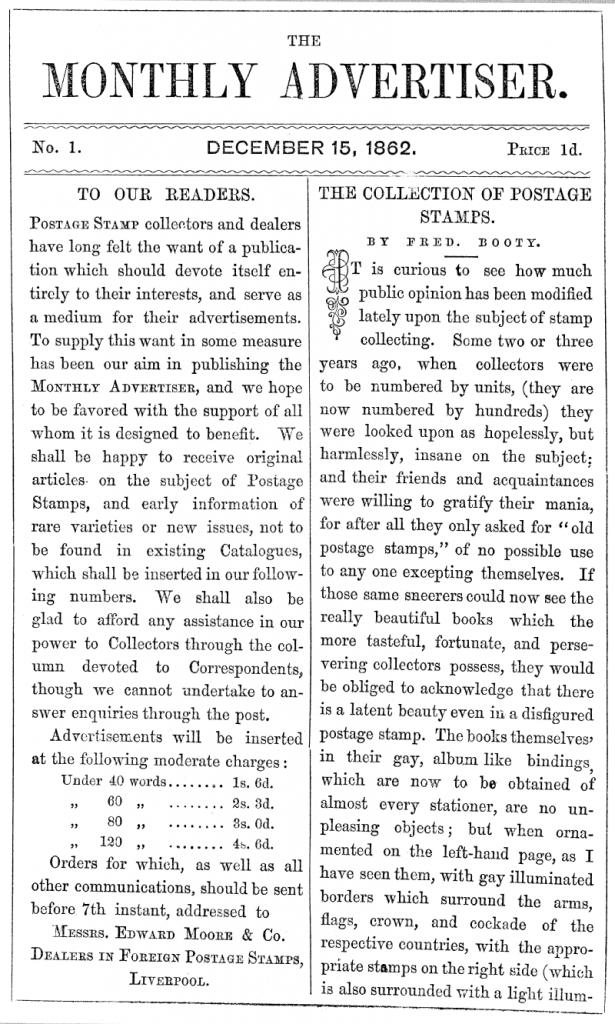 The first issue of the first philatelic magazine.

It is known that the first trader functioned already in 1851. Supposedly, it was an Englishman coming from Birmingham. On March 22, 1851, he advertised in a newspaper that he wanted to buy used stamps. However, the first articles about postage stamps appeared in several newspapers and magazines as early as in 1840. The first philatelic magazine was “The Monthly Advertiser”, which was released back in 1862 in Liverpool. Then, a year later, Germany issued its first dedicated philatelic magazine, which was published every month and could be bought at any bookstore or received by mail. The first US magazine was released in 1864. 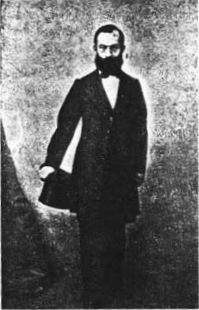 According to another theory, in 1861, a bookseller named Oscar Berger-Levrault from Strasbourg published the first list and description of 973 stamps. In 1861, a similar catalog appeared in France; it contained descriptions of 1080 postage stamps. Also, some sources note that the first collector was John Edward Gray; however, this information is hard to check.

The logo is owned by the Fédération Internationale de Philatélie. Used for illustrate article.

The first philatelic society was created in the USA on May 1, 1866. It was “The Excelsior Stamp Association”, which soon began to publish its dedicated magazine. The first personal philatelic exhibition was held in 1870. During it, Alfred Moschkau introduced his collection of postage stamps, which consisted of almost 6,000 specimens. In addition, the first major philatelic exhibition was organized by the “Wiener Philatelisten-Club” in 1880.

In 1878-1880, the International Philatelic Society in Dresden was established, which left a great mark in the history of global philately. In January 1880, the Dresden Society founded its philatelic newspaper - “Der Philatelist”. Meanwhile, the Fédération Internationale de Philatélie was created in 1926 at the founding congress in Paris. At present, it unites national philatelic federations from 95 countries of the world. The official languages of the FIP are English, Spanish, German, Russian, and French. The headquarters of the FIP is in Zurich (Switzerland), and it is one of the most influential philatelic organizations in the world.