This article is aimed at providing our readers and visitors with a review of the world’s highest-grossing stamp auction houses. This is the first part of the article, so stay tuned for even more information!

The company was founded in 1930 by Robert A. Siegel in Kansas City, Missouri, and since then it has been selling various quality material. The first Siegel auction (Sale 1) was a mail sale of “U.S. Wholesale Lots” that closed on Thursday, May 28, 1931


At the current time, an office of the company is located in New York. Its current president is Scott R. Trepel. Now Robert A. Siegel Auction Galleries is one of the world’s highest-grossing stamp auction companies that bringing over to $30 million worth of stamps and postal history to market yearly.

In general, the company holds approximately 12 auctions per year; however, the number of events may depend on the amount of material. The company specializes in US, Canada, British Commonwealth, and Foreign stamps as well as US Postal History and Markings, but their main area of interest is US postal stamps. Robert A. Siegel Auction Galleries has contributed greatly to the development of philately. It has provided the platform for selling such famous collections as Lilly, Grunin, Cole and so on. The One and Only British Guiana 1c Magenta was sold and then resold again at Siegel Auction Galleries. If you are desperate for philatelic rarities, then any of the events held by this company is your destination point! 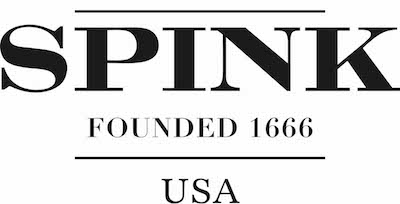 Specialization: All the world.

Spink USA also tops the list of the largest stamp auction houses. It is known that the company was founded in 1666 by John Spink. In this year he founded a goldsmith's and pawnbroker's business near Lombard Street, London. In 1770 the company moved to 2 Gracechurch Street where they traded in jewellery and coins. In the 1850s, Spink started to deal in oriental art and in the 1880s they bought the Soho Mint and began to design and manufacture medals. The department of philately has historical links to Robson Lowe, one of the greatest 20th Century philatelists, whose business was bought by Christie's in 1980 and integrated into Spink in 1995.

At present time, the company has several divisions in different parts of the world. As for the US division, its headquarters is in New York and Dallas, Texas (Spink Shreves Galleries). The current CEO is Olivier D. Stocker.

Every year, the auction house holds approximately 15 events. The company is known for its sales of valuable and historically significant stamps and other artifacts. According to the company information, Spink USA holds regular sales of stamps, coins, banknotes, medals, bonds & shares, autographs, maps, and jewellery.

Nevertheless, it became particularly famous for its sales of rare US stamps. It is curious that the company also has its own auction galleries. Visitors can check various directories there and receive the latest news on record results, important milestones in the auction house history and so on.

Cherrystone was founded by Charyton Buchsbayew in 1967 when he immigrated to America from Poland. For the first 20 years, the company was a retail shop in Manhattan and it has gradually grown to become one of the leaders in the market.

This auction house is known to almost every philatelist, as this is one of the largest philatelic companies in the world. Cherrystone sells stamps, postal history items, and collections. Every year, the company holds 6-8 auctions in its headquarters in New York that gather collectors from around the world. Trades are held not only in classical sessions but also in an online mode. According to the company information, Cherrystone auctions bring over to $30 million worth of stamps and postal history to market yearly. The company specializes in stamps of the US, Russia, European countries, Asia and much more. At present, it has membership in all major philatelic societies.

The company sold such rarities as Russian 1924 Airmail sheet with a “Wide 5” for $800,000, Russian 1935 small “F” inverted for $718,000 and a US Inverted Jenny for $345,000. Click here to read our interview with the Vice President of the company, Joshua Buchsbayew, who kindly agreed to share his unique experience with us.

Daniel F. Kelleher Auctions is one of philately’s oldest names. it is the highest-grossing company with headquarters in Danbury, CT. It was founded in 1885. Right from the beginning, the auction house started holding remarkable events, which allowed building a strong reputation.

In recent times, the company has employed a wise Asian market entry strategy. In 2014 Daniel F. Kelleher has announced a merger with Michael Rogers, a leader in the burgeoning field of Asian philately. This merger has strengthened the company's position in the philatelic market. Kelleher & Rogers, Ltd affiliate company of  Daniel F. Kelleher Auctions holds public auctions in Hong Kong.

Several years ago, a change of ownership occurred in the auction house. At present, Laurence Gibson presides over the company. The company organizes a few public auctions each year. In addition, it holds various internet sales. In terms of specialties, the firm specializes in the US and foreign stamps. Company clients can purchase both single stamps and collections. One of the most valuable lots sold recently is the National University set (Mexico). The lot was realized for $180,000. Daniel F. Kelleher Auctions is a perfect spot for everyone who appreciates the unique knowledge of the industry and rare material. 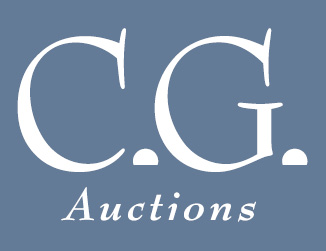 Christoph Gärtner begins philatelic business as the self-employment in 1983, during his studying in Bietigheim-BissingenI gymnasium. In 2003, his company was considered the world's leading trading house in letters and postal history. After the construction of the headquarters in Bietigheim on 2,700 m², he founded the auction house Christoph Gärtner in 2004 for stamps & numismatics. Since April 2005 as a Trading and Auction House Gärtner. The company has 60 employees and worldwide cooperation partners.

The enterprise holds 3-4 event each year, depending on the amount of material. According to public information, the company is particularly interested in exclusive single stamps and remarkable collections. In 2018, the auction house sold a 1915 Togo Occupation stamp for €458,000, making a new record of the year in German philately.

In general, item geography includes Europe and Asia (with an emphasis on Germany) and other countries of the world. The company does not limit its area of interest on philatelic artifacts such as stamps (single items and collections) and postal stationery. Overall, it offers a large choice of thematics. Importantly, Christoph Gärtner auction house not only offers valuable stamps at net prices but also free appraisals and personalized advice for everyone seeking expert opinion.