This is the second part of the article about the world’s highest-grossing stamp auction houses. Click here to read Part I.

This American firm was established back in 1940, and since then, it has turned into one of the most respected auction houses not only on the national but also on the global level. Every year it organizes 4 philatelic events each of which attracts thousands of international collectors. The annual turnover of the firm is approximately €25,000,000 (or even more). At their auctions, single stamps and collections, stocks, and stamp accumulations are sold.

The road to success and international recognition of H.R. Hammer started in mid-1950's. The firm was honored to realize President Franklin Roosevelt’s philatelic collection. After that, the firm also sold other valuable collections (“the famed Louise Boyd Dale and Alfred F. Lichtenstein collections”) and reinforced its reputation as a market leader. It should be stressed that the company sells fine valuable stamps, which can become the highlight of any philatelic collection. The perfect examples of those are the remarkable 3-cent and 10-cent US stamps sold for $135,000 and $90,000. 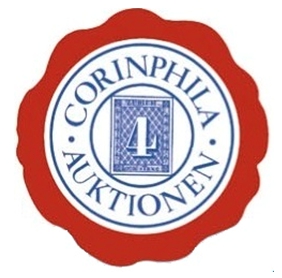 Corinphila auction house is another highest-grossing company with immense experience. It is worthy of noting that this is the most experienced stamp auction house in the country. It was established in 1921, but the first events were organized 4 years later. Since then, every year, it holds 2-3 auctions. The very first event was held under the name of Eduard Luder-Edelmann. At present, the company also has a branch in Amsterdam.

Corinphila is known for selling high-value stamps. Its aim is to assist their clients in enriching their philatelic collections. According to their website, many famous collections were sold through Corinphila, "including Greece (Philippe Ferrari de la Renotière, 1929), Romania (Baron von Rothschild, 1947), Mexico (King Faruk of Egypt, 1955) and more recently, Russia-Zemstvo (Fabergé 1999)." Interestingly, the 1897 block sold for 640,000 Swiss francs was one the most expensive lots realized by the auction house. In particular, was the famous "red revenue" issue. Also, the office in Amsterdam sold the "gutter pairs" for as much as €60,000.

Specialization: All the world

The firm has been an influential player in the philatelic market for over 50 years already. Its leader, David Feldman, has started his business when he was just a schoolboy and gradually transformed it into a global project. The very first auction organized by Feldman was in 1967 while the first enterprise event was organized in 1976. Every year, the company organizes two auctions.

David Feldman SA has achieved impressive results in the philatelic industry, and it has attained record prices for several world-renowned stamps. For instance, the most expensive stamp of the world known to any philatelist and collector, the Treskilling Yellow, was sold at this auction house in 1996. Click here to read the story of this unique stamp.

This company focuses on Far-Eastern philately. Its leadership, Cecilia Vong and Dr. Jeffrey Schneider, have driven the company to become the market leader in selling Asian stamps and postal history. Every year, the company organizes two auctions and provides its clients with illustrative catalogs for each theme.

According to the company website, Dr. Schneider is the firm principal with quite an impressive portfolio. Previously, he was "an Associate Director with Christie's and a principal of the Swiss Auction firm Corinphila, where he also directed their joint venture in Asia with Sotheby's." This experience has sparked his interest in Asian philately. It is curious that it was he who has put up for sale some of the most prominent Far-Eastern collections. At present, InterAsia Auctions offer its clients the best materials and get highest prices in the market.

Specialization: All the world

Ulrich Felzmann Auction House is a firm with immense experience as well as other stamp companies in this review. It was established in 1976, and it gradually developed to become the highest-grossing company in the German stamp market. Every year the firm organized 3 large-scale philatelic and numismatic auctions with additional specialized events. At every auction, the company markets high-value collectors’ stamps and collections, and its sales always reach the level of several million euros.

The first crucial milestone in the company performance was the sale of Philipp Kosack's German Empire material back in the 1990s. Another significant event was selling Audrey Hepburn stamps. One of them was auctioned for €135,000. These sales turned Ulrich Felzmann Auction House into one of the world's leading names in philately.