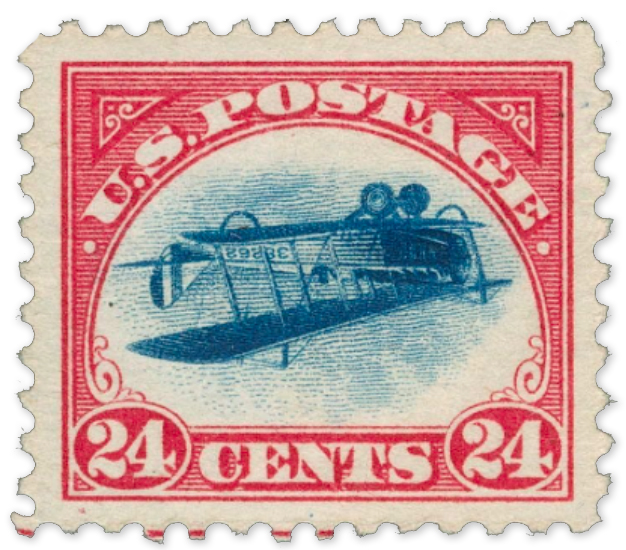 In August 2018, a family from Chicago submitted this stamp for the certification. Despite the fact the family chose to remain anonymous, they claim that the stamp had spent most of its “life” in a safe deposit box! Since the stamp has never been placed anywhere, it is of particular interest to collectors for its excellent quality of preservation. Only six other inverted Jenny stamps, including this one, can boast the same quality.

The experts at the Philatelic Foundation in New York examined and certified this stamp. 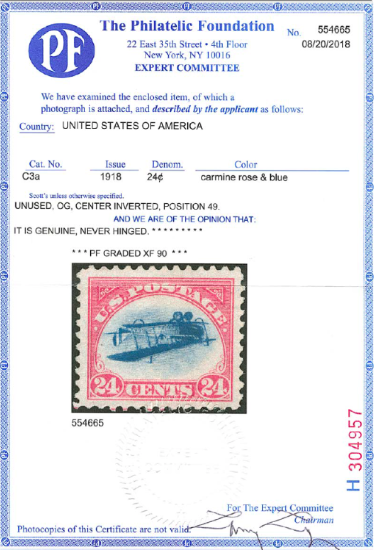 A little of history…

Shortly after a single sheet of 100 inverted Jennies was purchased by the collector, William T. Roby, in 1918, suspecting that printing errors often had a premium value, Roby quickly negotiated with a stamp dealer, Eugene Klein, and sold him all the stamps for $15,000. He got a huge profit given that the 29-year-old collector had paid $24 for the sheet just a few days earlier in Washington, DC, at the window of the local post office. Klein, in his turn, quickly made a profit of $ 5,000 by selling all the stamps to his client, Colonel Edward Howland Robinson, for $ 20,000. Realizing that the stamps would soon go to different owners, Klein used a pencil to carefully number the position of each stamp with an error on its back before separating them. Some of these numbers have been removed since (oftentimes to hide ownership when a stamp was stolen or to hide the previous owner). But the 49 stamp still has its original two-digit Klein marking. And then, on the advice of Klein, the list was divided by Colonel into eight-block, quart-blocks, and singles, for a more convenient implementation and more profit. 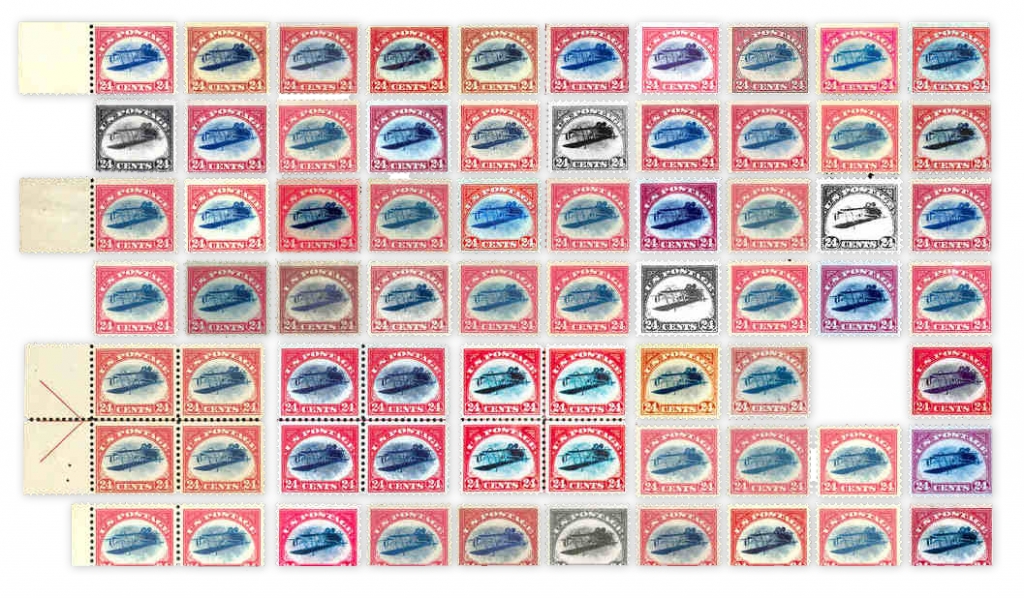 Green kept about 38 inverted Jennies for himself, including the one he placed in the medallion he gave to his wife. 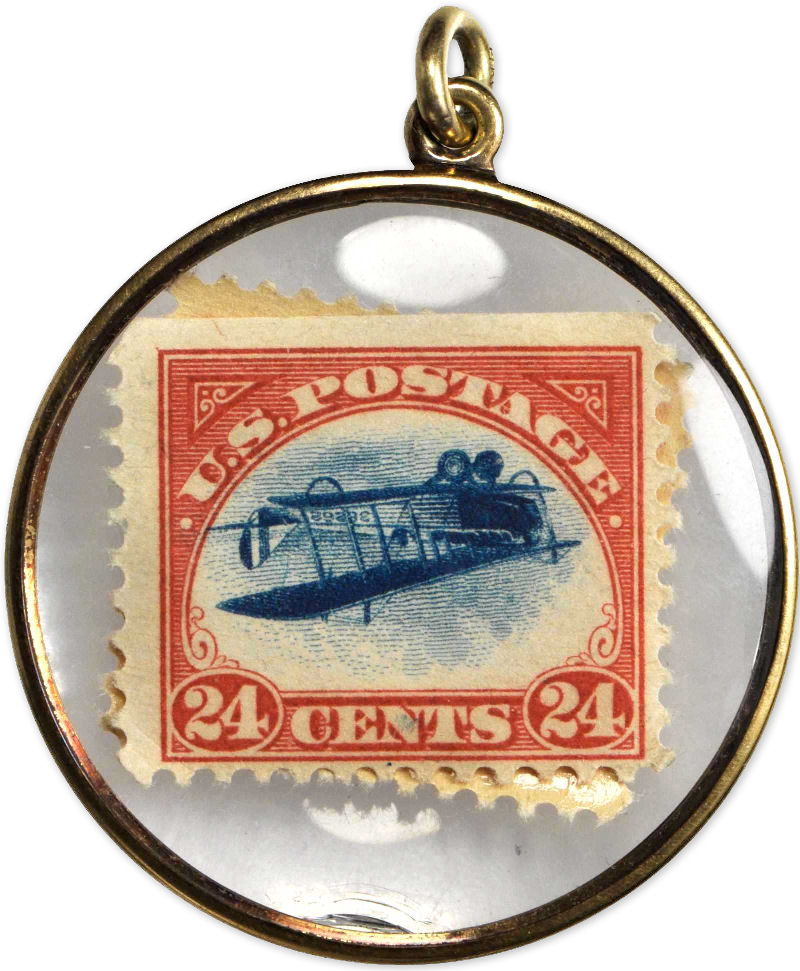 The stamp was first put up for sale during the Siegel Auction gallery's rarities sale which took place on May 18, 2002. It was not sold at auction, but the philatelic press reported that later they held a closed sale for the remaining stamps.

During the sale of Colonel’s collection in 1942-1945, a block of eight stamps was purchased by a New York merchant, Souren, who divided it into two blocks. One of them was later acquired by the University of Princeton and therefore received the name "Princeton block" among the philatelists. In November 1977, this block was sold to a group of buyers for 220 thousand dollars. The catalog price of the Central block is 600 thousand US dollars.

For more information on all the inverted Jennies, check the official website: https://invertedjenny.com