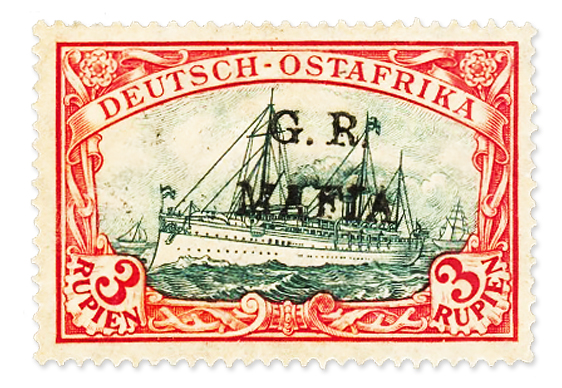 During World War I, the small island "Mafia" at the mouth of the Rufiji River leased by Zanzibar in Germany, was part of the German territory of East Africa. It was occupied by British troops as a base against the Allied raiders. In 1915, postal facilities were restored for military mail and overprinting local stocks of regular stamps. All mail passed through the post office of Zanzibar, and originally overprints were made using non-professional printing presses. As a result, very blurry purple stamps were produced. After complaints by the authorities of Zanzibar, they were changed to black. Somewhat later, they sent an overprint with the inscription “G.R. / Post / 6 Cents / Mafia”, which was placed on all values in 3r. stamps. Then this overprint was applied to a small stock of German stamps selected a bit later.

By the end of July 1915, stocks of German colonial stamps were exhausted, and German fiscal stamps with the inscription "OHBMS / Mafia" were manufactured and used before the end of the month from Indian stocks I.E.F. stamps. In the period from September to October, there was a change of command and it was decided to continue to use I.E.F. stamps but with a new overprint. Finally, in August 1918, the island was placed under the administration of Tanganyika. 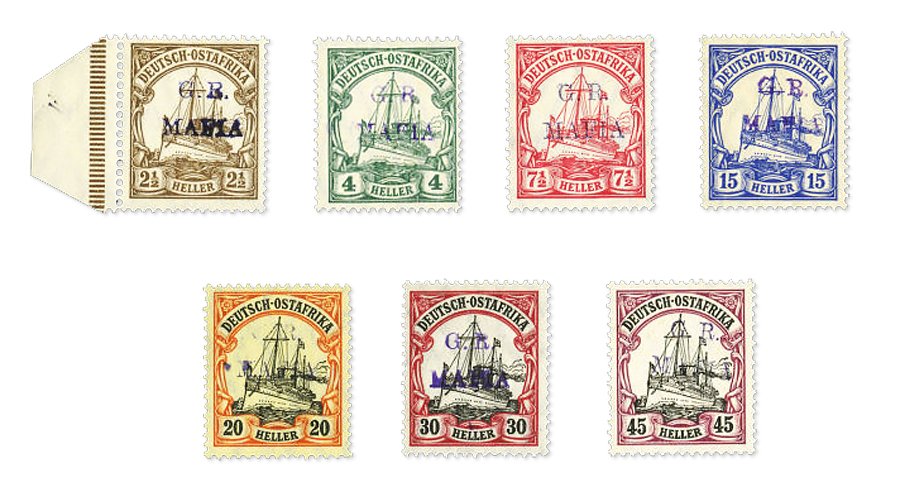 These postal stamps have always aroused great interest and discussion, especially in regards to their status. Almost no genuine civilian mail and most of the covers are addressed to military figures (or their families), many of whom have never traveled. There is evidence that suggests that the military persons were involved in the supply of philatelic trade, but the volumes of stamps issued are really low and such stamps are rare. Nonetheless, you can still spot such stamps at major online stamp auctions.

Rare copies of the Mafia stamps: