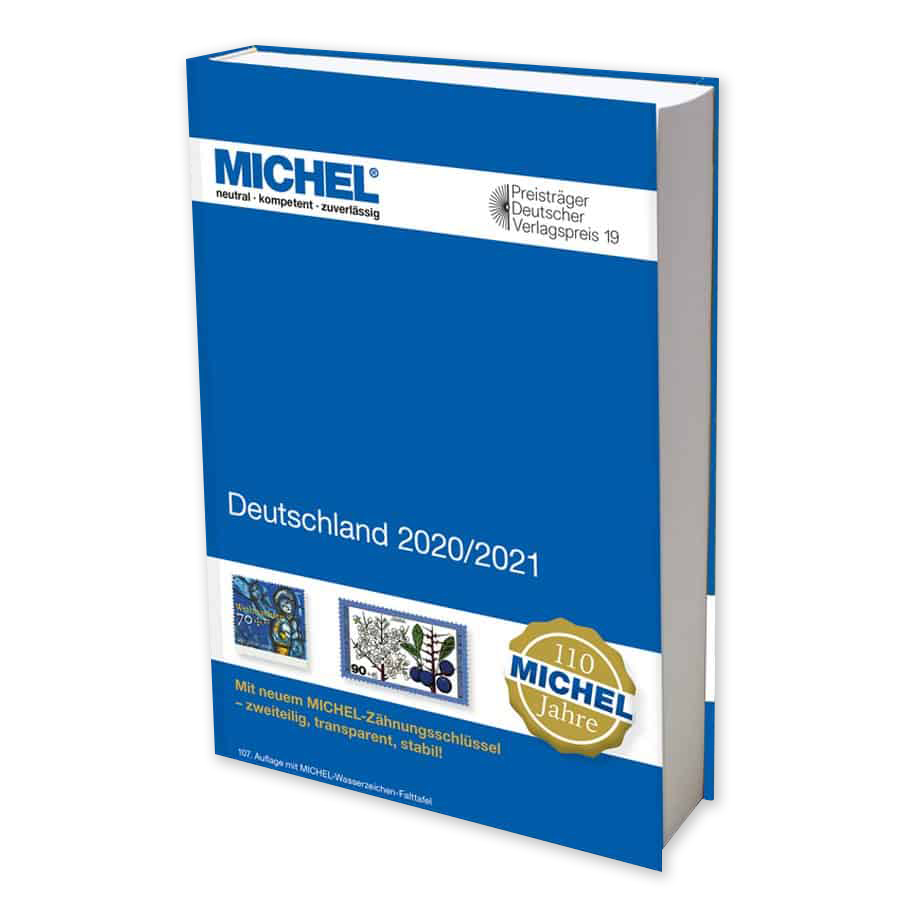 Michel-Briefmarken-Katalog is the largest and the most famous postage stamp catalog in the German-speaking world and Europe. First published in 1910, it became an important reference book on philately. Michel consists of more than 40 volumes, including extra ones. Besides the German catalog, the European volume of MICHEL is traditionally divided into seven parts:


The second volume of Michel was first issued in 1920. Its title was “Overseas” (Übersee) and it covered all non-European countries of the world. It has been significantly expanded and today it consists of 10 groups:

Michel publishers do not reissue the complete set of their catalogs every year. Instead, the editors update only a few volumes. The first 7 volumes of the catalog are reprinted every two years: Europe (including Central, South-Western, Southern, South-Eastern, Northern, Western and Eastern Europe, and Russia). The volumes of America, Africa, Australia (with Oceania and Antarctica), and Asia are updated every 5 years. Besides, MICHEL provides detailed information, indicating the circulation of stamps, stamp quality.

For some collectors, it is also important that the catalog describes the countries and periods that were skipped in publishing for political reasons. For example, the US embargo on Cuba, Iraq, and North Korea led to the refusal of the value of postal issues of these states. So, Michel serves as one of the few sources of such information. Michel also reflects the dubious issue of postage stamps of the "dunes":  the Emirates and the principalities of the Arabian Peninsula, which issued a huge number of stamps during the 1960-70s, but hardly ever had a postal circulation. Stamps in the volumes of the Michel catalog are divided by country mainly in alphabetical order and are arranged in chronological order up to the issue date within the country. This sequence also includes express stamps and airmail stamps; the service, local, port stamps, a surcharge that are often placed on the separate sheets, at the end of each country, where the information about issues in sheets and small sheets and booklets is also provided. Stamps included in the same series (by the date of issue and theme) are arranged in order of increasing face value. If the stamps were issued for several years or the series was supplemented with the new stamps, this is indicated for each stamp by the year of issue. A brief description is accompanied by the stamps series images.

Every stamp has its own unique MICHEL catalog number. The main shades of stamps are encoded by adding lowercase letters to the number, for example, 79A, 79b, 79c, and so on. Variations on paper are usually labeled “x, y, z”, thus: 23x, 23y, 23z. The perforation is indicated in the description of the series, and its varieties are marked with large letters: 406A, 406B, 406C. They indicate the same stamp with three different perforations.
MICHEL Catalog: overview 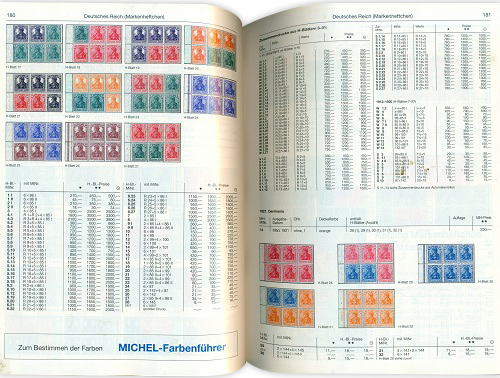 Different types of printing are indicated by Roman numerals: I, II. Because one stamp may have several different variations in color, teeth, and print type, its varieties are displayed in separate lines under the line with the stamp. The number, nominal value, color, and year, next two columns show the prices in Euro and clean stamp. There’s a separate row for each stamp in the series. Below there are prices for the entire series and often the efficiency price is indicated.

Michel catalog is quite convenient to use, especially if a philatelist is good at geography and the German language. It includes almost all the stamps images, a sufficient description, and their varieties. There is also some information about watermarks, circulation, fakes, and falsifications. A profound use of the catalog will make it possible to understand market value, and prices, depriving someone of doubts, or high hopes.