Most Expensive and Valuable Stamps of Czech Republic

The history of the establishment of the postal service of this country includes several periods when the state was part of earlier state entities (such as the Austrian Empire, Austria-Hungary, Czechoslovakia, the Protectorate of Bohemia and Moravia) and the modern period (since 1993), which corresponds to the organization of an independent postal service of this state. The history of postal services in the modern Czech Republic dates back to Jan 1, 1993, when an independent republic was formed as a result of the Dissolution of Czechoslovakia. In the same month, Česká pošta, an independent Czech postal service, was organized. On March 18 of the same year, it became a member of the Universal Postal Union. Prior to the introduction of their own postal items, Czechoslovak postage stamps were actively used in that area. They were used for sending correspondence until September 30, 1993. In this review, you will see the most valuable and rare stamps of the country. 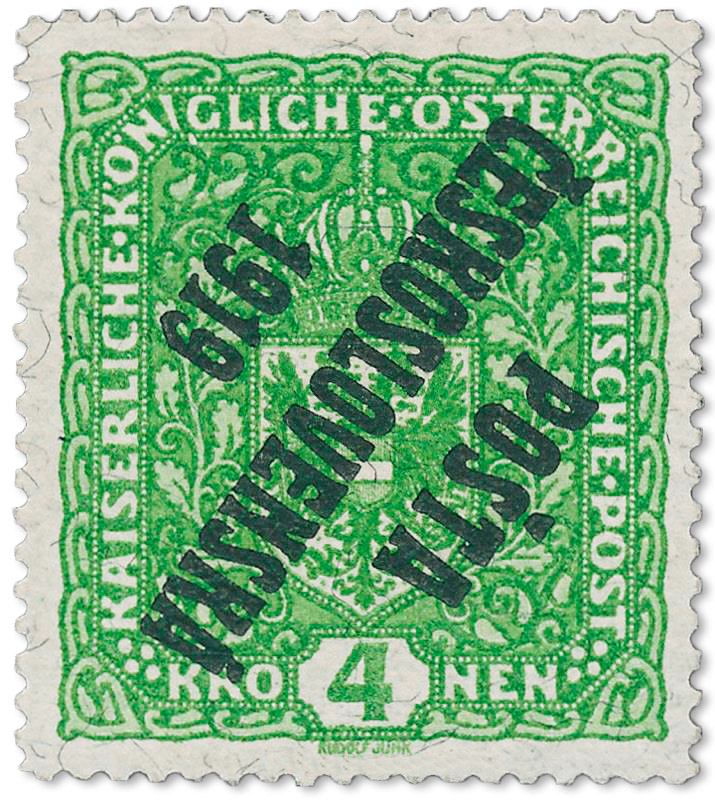 The grass-green stamp of the Czechoslovak Post of 1919 with a face value of 4 crowns from a philatelist’s private collection was sold at an auction in the Prague Municipal House for 7.8 million crowns. The starting price of the lot was 4 million crowns; experts estimated the stamp value at 5–7 million crowns. The sale of the rarest 1919 stamp became the central event of the auction, at which part of the largest collection of Czechoslovak stamps (1918-1939) was exhibited. A collector putting up the piece for sale acquired this rarity in 1996 for more than two and a half million from its original owner, to whom the property was returned as part of restitution. Only 1 copy of this stamp is known to the philatelic society; it was last put up for auction 90 years ago after the death of its first owner - in 1928 it was sold for 32 thousand crowns to a Vienna philatelist at an auction in Brno. In the 1930s, it became part of another collection and then, in 1945, the rarity was nationalized. It was kept at the Prague Postal Museum and exhibited at world exhibitions in 1968, 1978, and 1988.

This is an extremely rare piece from Hungary. After the empire ceased to exist, the postage items were redirected to Czechoslovakia. A sheet consisting of one hundred stamps were ever released. An inscription was placed on the stamps to reflect the territorial changes. Two years ago, this sheet was put up for auction for the first time. 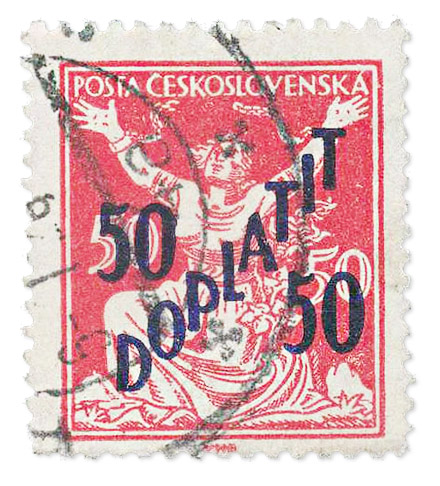 Sold at an auction in Prague.

The peculiarity of this lot lies in the fact that it was overprinted as postage due for no reason. It was used by the postal service of the country until this error was noticed. Unfortunately, only used copies have been found so far but they are valued quite highly. The lot was offered at one of the philatelic events in 2016. 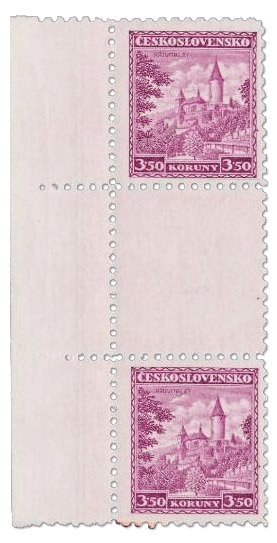 Two years ago, a pair showing the Krsivoklat castle was sold during an online stamp auction. This castle is one of the oldest and most famous medieval castles in which princes and kings of the Czech Republic resided. The castle is located on the territory of the eponymous town in the Rakovnik region of Central Bohemia. The castle is a national cultural monument of the Czech Republic since 1989 and it is one of the five castles of Central Bohemia most visited by tourists. 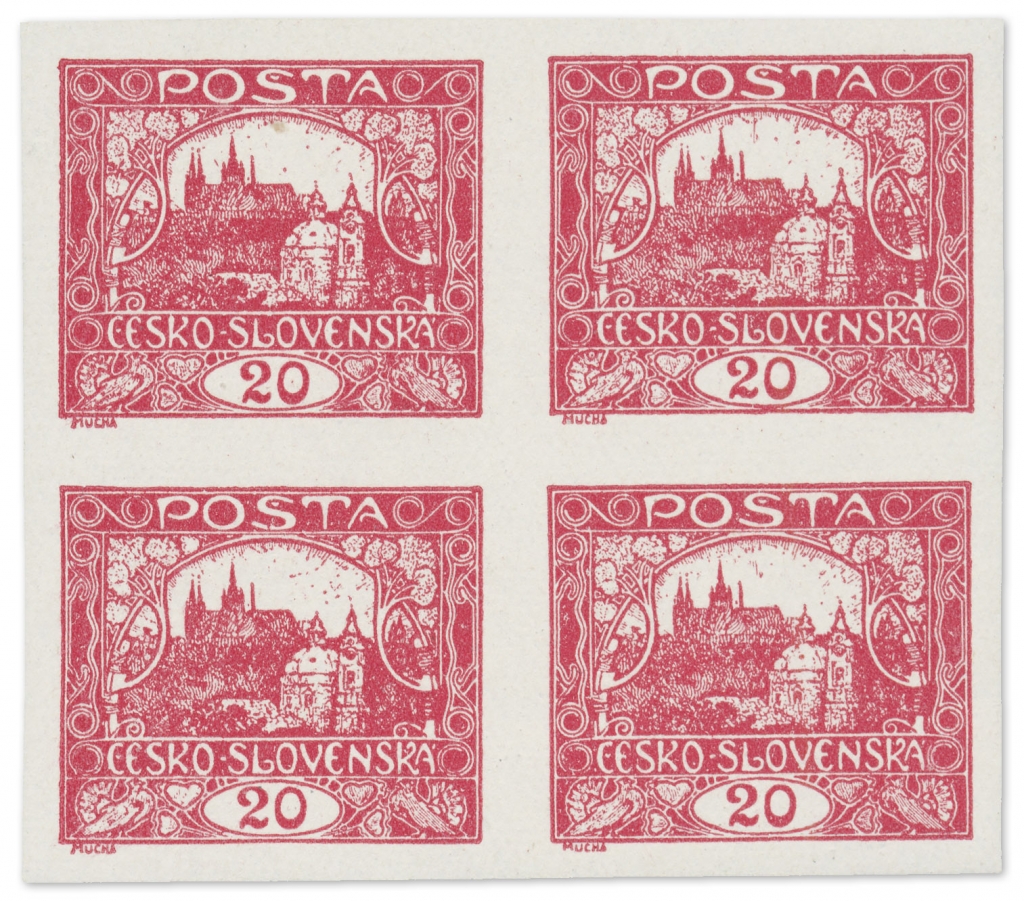 The next beautiful block of four carmine imperforated stamps was sold two years ago as well. The stamps show the Hradcany castle located in the capital city. It should be noted that experts believe that stamps of this issue belong to the most valuable series of the country. 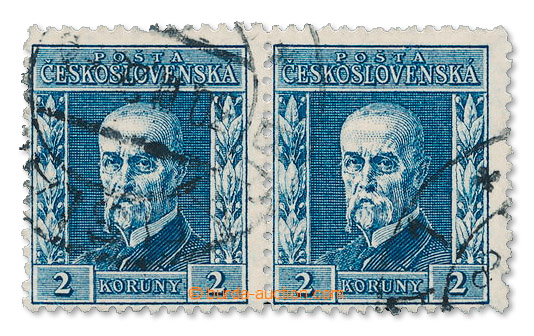 This interesting pair was also sold two years ago. The 2-crown pair shows the liberator of the country with whom the republic got its independence. The pair is very scarce and it is known that only few single stamps or pairs are available to the philatelic community. 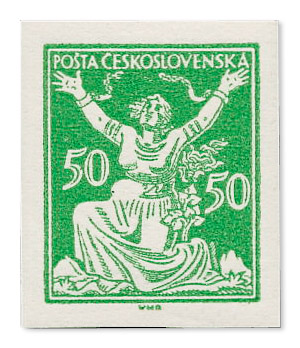 Two years ago, this green Czech stamp was sold by Burda. The design shows a female freeing herself from the chain and gaining independence. The heroine is wearing a national costume, which connects her to her native land. The imperforated piece is very rare and can be found in two different hues. 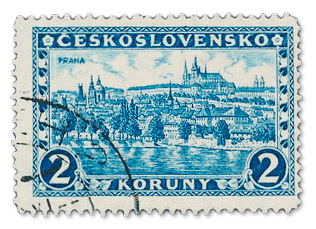 This 2-crown stamp was issued in 1926. The blue design shows Hradcany. It is one of the four historical districts of Prague that retained the right to self-government until 1784. The old imperial residence Prague Castle and the adjoining castle town of Hradcany are located on a spacious rocky hill on the left bank of the Vltava River. The name of the district comes from the word “hrad”, which in Czech means “castle, fortress, fortified settlement”. The lot is a rare watermark type P1, which exists in only several copies. The stamp was sold 2 years ago by Burda. 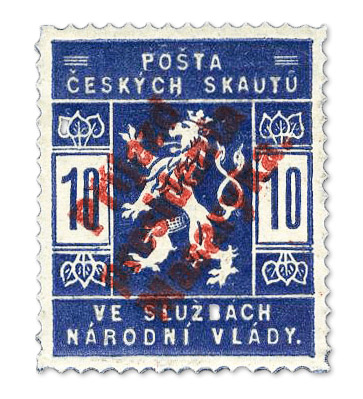 Last year, this beautiful collectible piece of 1918 was sold at Cherrystone’s event. The design shows a thematic lion – it symbolized independence. The face value of the stamp is 10h; the lot has an overprint, which can be seen in the image above. The series was issued for the Scout Post. 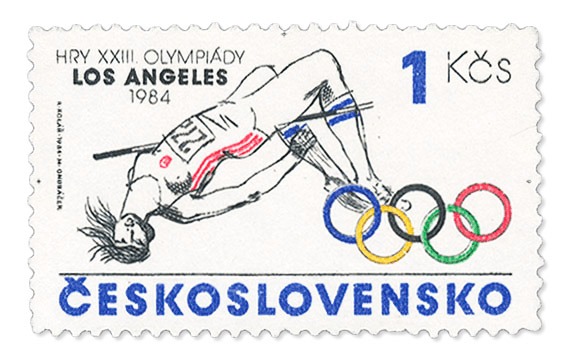 The last item on this list is a piece issued in 1984 specially for an important sporting event; however, it has never been put into circulation due to the unstable political situation. The stamps were destroyed and only around 18 copies remained intact. One of them was sold at one of the online stamp auctions help by Cherrystone two years ago.