Most Expensive and Valuable Stamps of Israel

The history of the Israeli post dates back to the centuries-old development of postal service in Palestine, beginning with the Bronze Age. Israel began to issue its own postage stamps since the declaration of independence of the country on May 14, 1948. Two days later, the first postage stamps appeared in circulation. Interestingly, thanks to the sale to collectors (including among the Jewish diaspora), philatelic materials bring significant revenue to the budget of the Israeli state. Another interesting fact is that Israel is the only country in the world that uses exclusively kosher glue to gum its stamps. In this review, you will see some of the most expensive stamps of Israel. 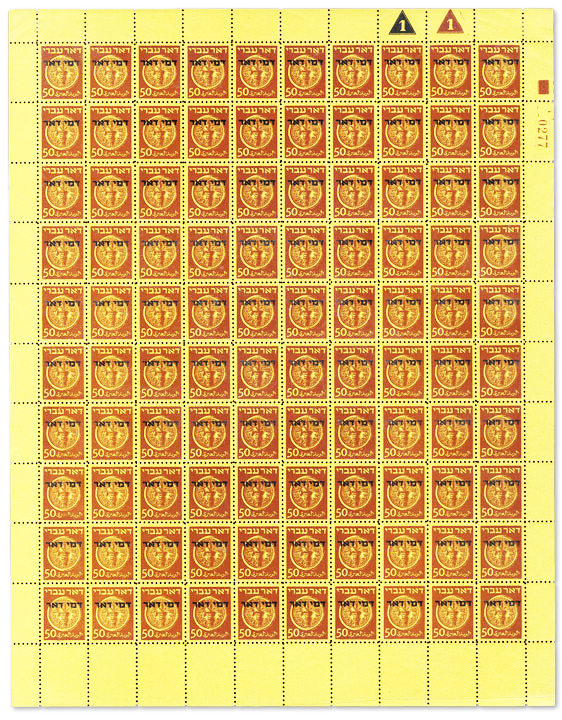 This indeed rare sheet consisting of 100 pieces was sold by Cherrystone auctions in 2011. The lot has hinge marks at top corners. The stamps are beautifully colored and are absolutely fresh. There are only a few such sheets known to the philatelic community. Almost all such sheets were broken up.

This beautiful 1948 block was sold by Cherrystone in 2008. It is a set of bottom stamps (10 coins per row). The lot was never hinged and is post office fresh.

These three pieces are all left sheet margin tabs. They were sold in 2013 as a single lot. The beautifully centered pieces have a Tsachor certificate. Experts claimed these 3 pieces are of the finest quality possible, which was a major factor that contributed to the price escalation. 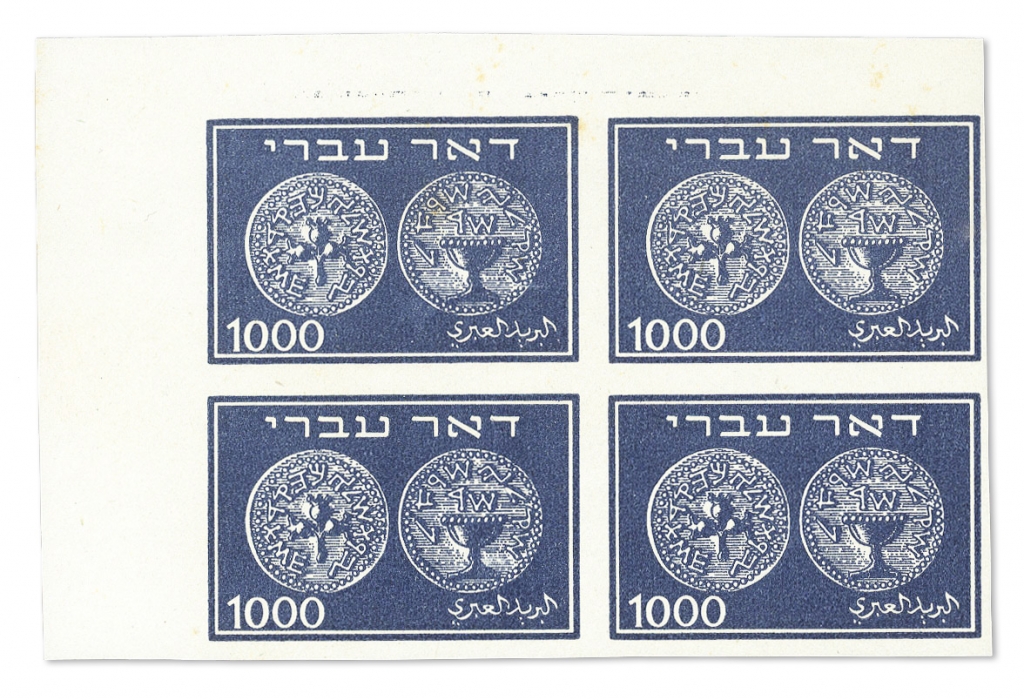 This is a block of 4 1948 stamps with no perforation. If you check the image above, you will notice the piece has large margins. This very fine lot has never been hinged but has tiny peripheral toned specks.

In 2012, three Israeli stamps of 1948 were sold for almost $4,200. They represent the last three stamps of the first series of postage stamps of this state. This series was called Doar Ivry ("Jewish Post"), since the state did not have its official name at that time. All stamps of the series depict old Jewish coins. The sold Israeli stamps have a face value of 250, 500, and 1000 mills (which is a small change coin - 1/1000 of a lyre). The presence of coupons with the inscription in Hebrew gives value to these copies. These three stamps with coupons are valued by Scott's catalog at $6,000. 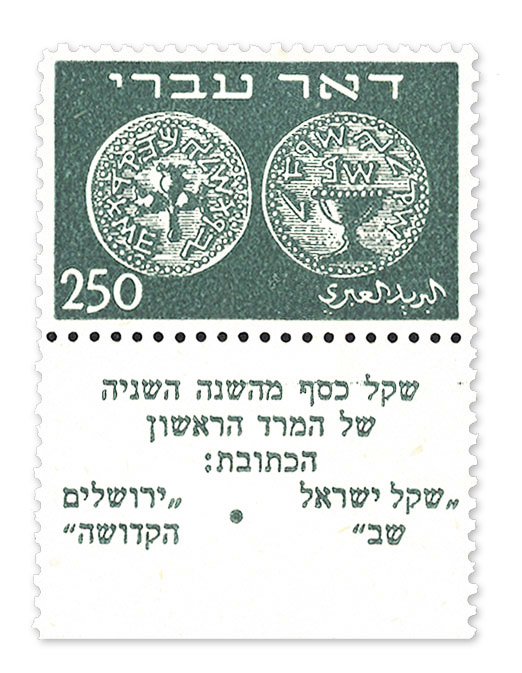 This beautiful piece was sold in 2015. The Doar Ivri stamp came right from the post office and is absolutely fresh and clean. One can notice just a tiny speck at the bottom; nevertheless, this rare stamp is still valuable and will seem quite interesting for a person with a good eye.

This is a very rare lot, which is almost never observed at online stamp auctions. The piece is very fine, although it has a short perforation which may be noticed at the image above. The lot was realized by Cherrystone in 2013 as well.

This imperforate horizontal pair was sold in 2014. The lot is in very fine condition and has never been hinged. The piece also belongs to the series of 1948.

This is a rare Israeli mils full tabs of 1948. The block was lightly hinged. According to the description – 250 folded. The lot was realized at an auction held in 2009. 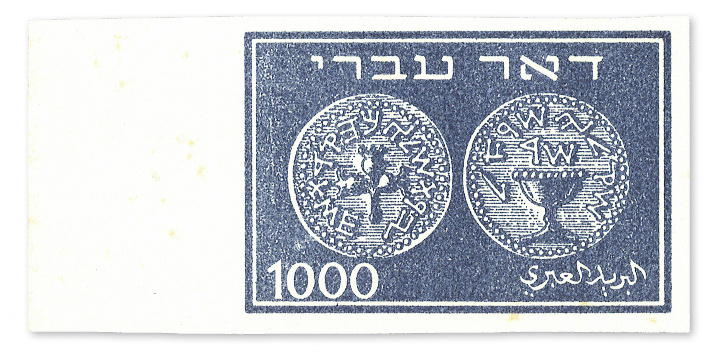 This is another 1948 stamp. The piece has no perforation and this is a complete set. The lot is signed Bloch. The stamp was sold by Cherrystone during one of their philatelic auctions of rare stamps in 2014.