One of the Most Scandalous Stamps Issued in the US 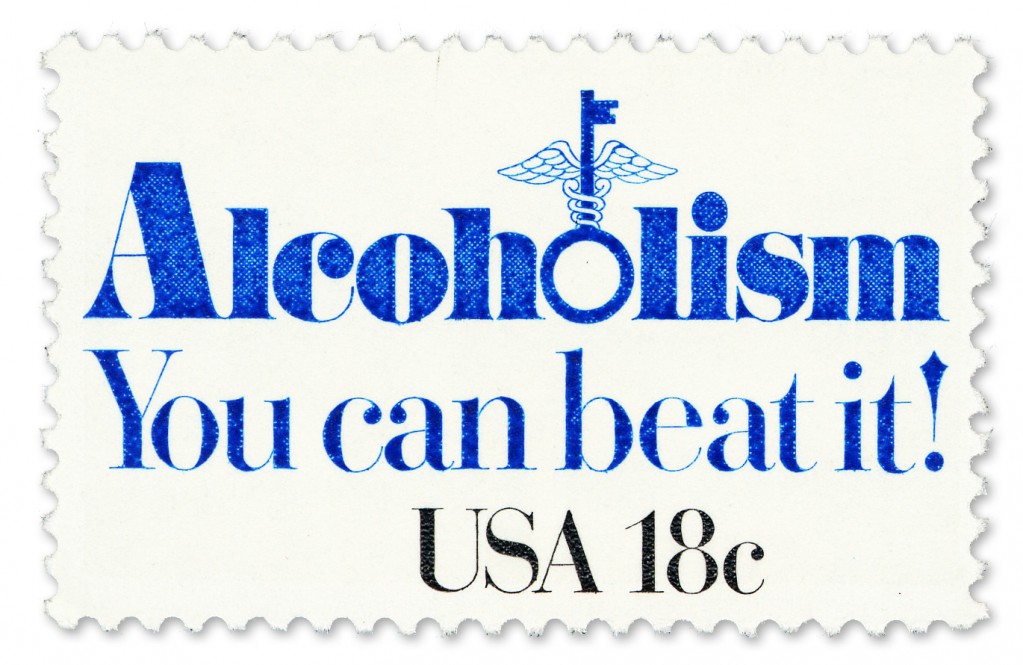 "Alcoholism. You can beat it!" says the US stamp dedicated to the fight against this chronic disease. This stamp was issued in a large volume, most of which was later destroyed by the postal service. It is believed that this is one of the most unsuccessful and scandalous stamps in the country's postal history. Due to an unobvious design error made, the stamp could not be used for its intended purpose. 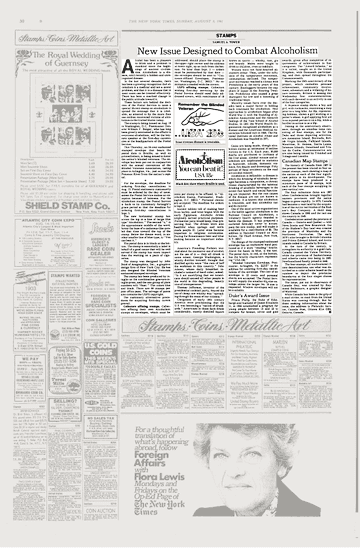 The article in the New York Times dedicated to the launch of the anti-alcohol campaign.

The stamp was issued in 97,535,000 copies. In the word "alcoholism", the second letter "o" is drawn in the form of the anti-alcohol campaign symbol - a stylized caduceus the wrench-key of which is directed upwards. The release of this commemorative stamp was part of a crucial anti-alcohol campaign held at the level of the entire nation by influential public organizations. The purpose of placing this slogan was not only to attract the attention of the public but also to raise the awareness of people about the fact that alcoholism is a chronic disease that can be cured. At the time when this campaign was held, more than 1 million cured individuals lived in the country. Interestingly, the campaign was accompanied by social advertising in the press in order to boost the overall effect. On the first day of the release of the postage stamp, The Wall Street Journal issued an ad that read "Little by little, we can change the way the nation thinks." People were asked to use this stamp to join the mutual effort of fighting against alcoholism.

Controversy Around the Issue and Stamp Value

It should be noted that the postal service has had only the most positive intentions when issuing a stamp with such a slogan. However, in reality, the text turned out to be aggressive and personalized, and it hurt the feelings of people who received correspondence with this postal stamp. Many senders were afraid to frank correspondence with such a mark of postal payment, as it took the form of an insult. Thus, the addressee, receiving a letter, was accused of excessive consumption of alcohol.

As a result, the stamp turned out to be so controversial, almost no one dared to buy it, so as not to hurt the feelings of another person. For this reason, a few months later, the postal service was forced to destroy the issue, having suffered substantial losses. The postal service knew that the destruction of the remaining copies would lead to a rise in the commercial value of the existing pieces but, anyway, they were forced to do it.

At the moment, copies of this stamp can sometimes be seen at stamp auctions. Although these are not rare stamps, they are quite valuable. A pair of non-perforated stamps is priced at about $400, while a vertical pair without horizontal perforation costs around $2500.