Pre-philately, Precursors of the Postage Stamps

Attempts to create an efficient payment method for postal items were made by many people from various countries long before the nineteenth century. The aim of this article is to throw light on the most famous predecessors of postage stamps. 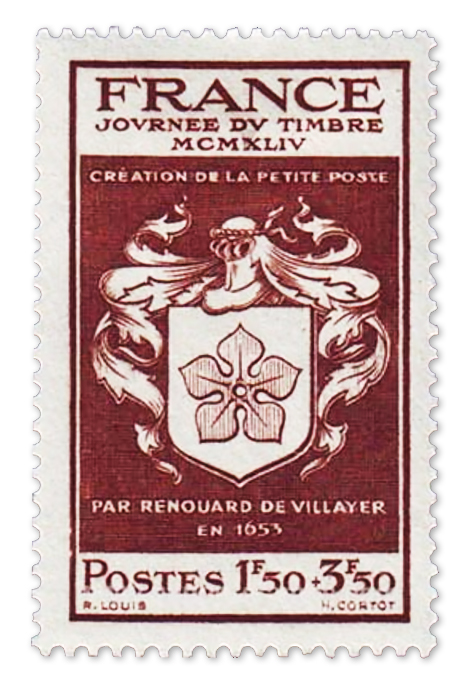 The 1650s, France. Mr. Renouard de Villayer was granted the right to organize the city mail in the capital of France. He received this permission from Louis XIV. After he had become the head of the city mail, he ordered eleven mailboxes to be placed at different locations in Paris so that people could drop letters there. Previously, single tariffs were established and prepaid consignments were introduced. For this purpose, special labels were issued, which were sold not only by authorities but also by the doormen and so on. Labels were to be glued to a letter in such a way so that the postal authority could easily separate them from the letter. Mailboxes were checked thrice a day, and letters were delivered to the central office where the labels were removed and, to prevent their further reuse, were destroyed. Then the letters were delivered to the recipients. 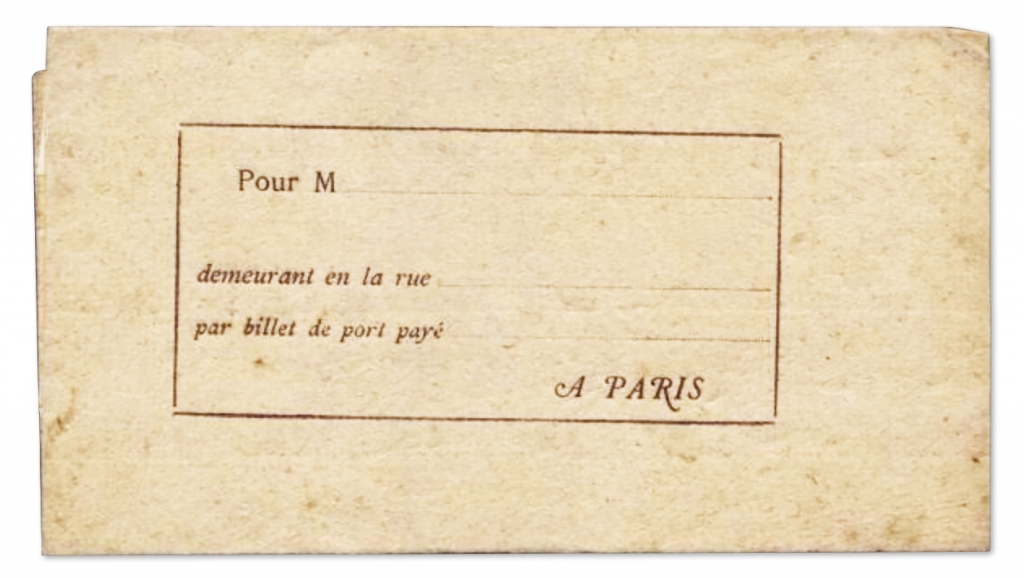 The lot offered at one of Christoph Gartner philatelic auctions.

According to Dr. Edmond Lokard, Villayer created several types of such labels. One of them has been kept in Ferrary’s collection. At present, it can be found in the Carnavalet museum. Most literature on the history of philately states that none of the Villayer’s labels have survived. In September, and later in November 2009, a lot was offered at one of the Christoph Gartner stamp auctions for rare stamps and postal pieces, in the description of which it was noted that this was one of the 1653 Villayer’s labels. However, the piece was sold neither in September (estimated cost was 1,000 euros) nor in November (estimated cost decreased to 800 euros). Therefore, concerns regarding its authenticity are rather strong. 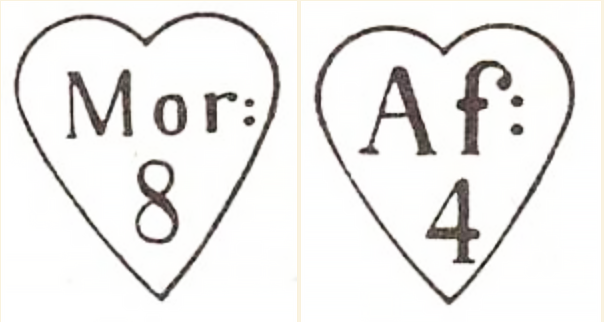 One of the precursors.

The end of the 80s of the 17th century, UK. Mr. Murray decided to monopolize the entire internal mail of the country when introducing a single postal rate. Importantly, it was very low at that time. He established the first private post office in the capital of England and called it “Penny Post”. It got its name from the size of the tariff - for as much as one penny, it delivered correspondence and different parcels weighing up to one pound within the city borders. After “Penny Post” was passed to a man named Mr. Dockwra, it became very popular. He opened about five hundred receiving points and seven post offices in the city (based on the number of districts). The delivery of the correspondence occurred approx. 4-5 times a day, and in the city center- up to 10-12 times a day. The sender paid the tariff upon the delivery of the letter. Interestingly, a triangular stamp with an inscription was put on the envelope. When the letter was delivered, a second heart-stamp was put on it. The bottom part of the letter indicated the hour when the sender received it. It should be noted that “Penny Post” was nationalized in around 1700 and remained almost unchanged until the postal reform 140 years later. 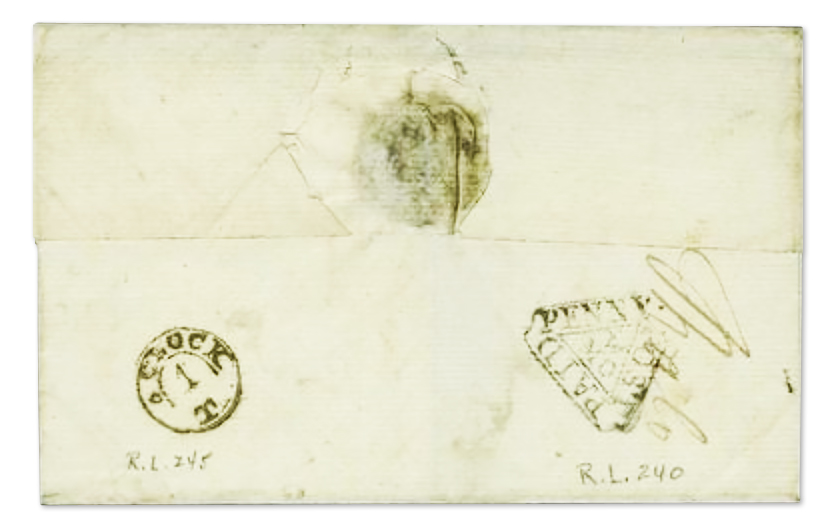 The 1820s, Italy. In Sardinia, sheets of postage paper were produced. They were called Carta postala bolata (stamp paper) and produced in Sardinia since 1819. On the stamp, a boy on a horse blowing a postal horn was depicted along with the price. The shape of the stamp depended on the price of the sheet (either round, oval or octagonal). Paper was sold in all royal offices and tobacco shops. In 1837, the sheets were withdrawn from circulation.

The 1840s, Australia. Postmaster of New South Wales, James Raymond maintained contact with R. Hill and worked in the same direction, trying to introduce prepaid mail correspondence in New South Wales. As a result, in 1838, envelopes with the royal emblem placed on them were issued. The payment of postal delivery was also included in the cost of the envelope (these envelopes were intended for local correspondence). Thus, these envelopes can be viewed as the immediate predecessors of the Penny Black. However, the envelopes turned out to be unpopular. This failure did not discourage Raymond, and in 1841, he tried to arouse the interest of the authorities and introduce postage stamps but failed again. Postage stamps were not issued until 1850 in New South Wales. 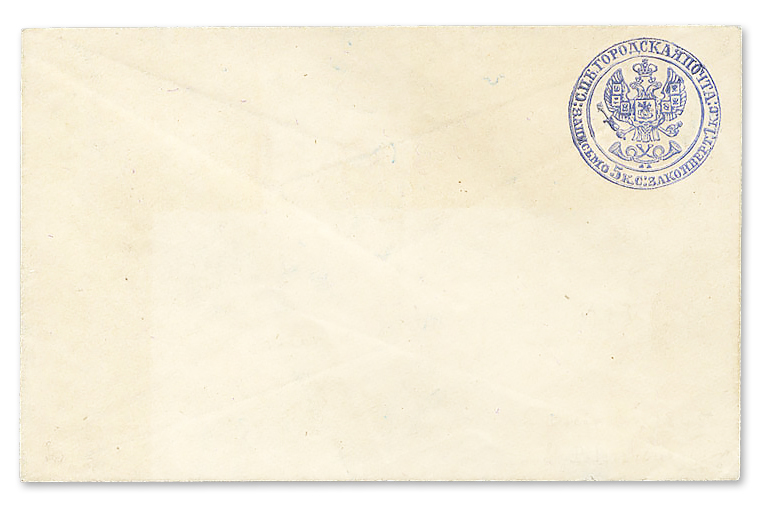 The precursor from Russia.

The 1840s, Russia. The first to use stamp envelopes was the post office of Finland, which was part of Russia back then. The Grand Duchy of Finland enjoyed some privileges among which was the right to organize its own mail, which was independent of Russia. The more decisive postal administration of Finland realized the need to change the postal service. In Saint-Petersburg, letters with stamps were first sent on December 1, 1845. Emperor Nicholas I approved the introduction of postal stamps in Russia for city mail. On November 23, 1845, the readers of the St. Petersburg newspaper “Northern Bee” read a message saying that, for the convenience of the population, it was considered useful to introduce special postal stamps.

By that time, a city post office was already working effectively in Saint-Petersburg, which began operating in January 1833. The correspondence was sent to the post office through reception points organized in small shops. At first, 42 reception points were opened. By the middle of 1834, the number of collection points was increased to 108. Customers were charged for postage (before the introduction of stamp envelopes) in cash only. The owners of the shops were responsible for the reception and safety of correspondence and money. After the reception was paid, the correspondence was dropped into the locked mailbox from which it was taken out and delivered to the post office a couple of times per day.