Russia: Most Valuable and Rare Stamps

In Russia, the first stamp was printed more than 150 years ago. The first ever picture printed on it was used for many years with just minor additions to it. Some of the pieces of those times are popular enough, and collectors from all over the world are ready to spend a lot of money on them at stamp auctions. Here are top 13 stamps of the Soviet Union and Russia, which have a particular philatelic value: 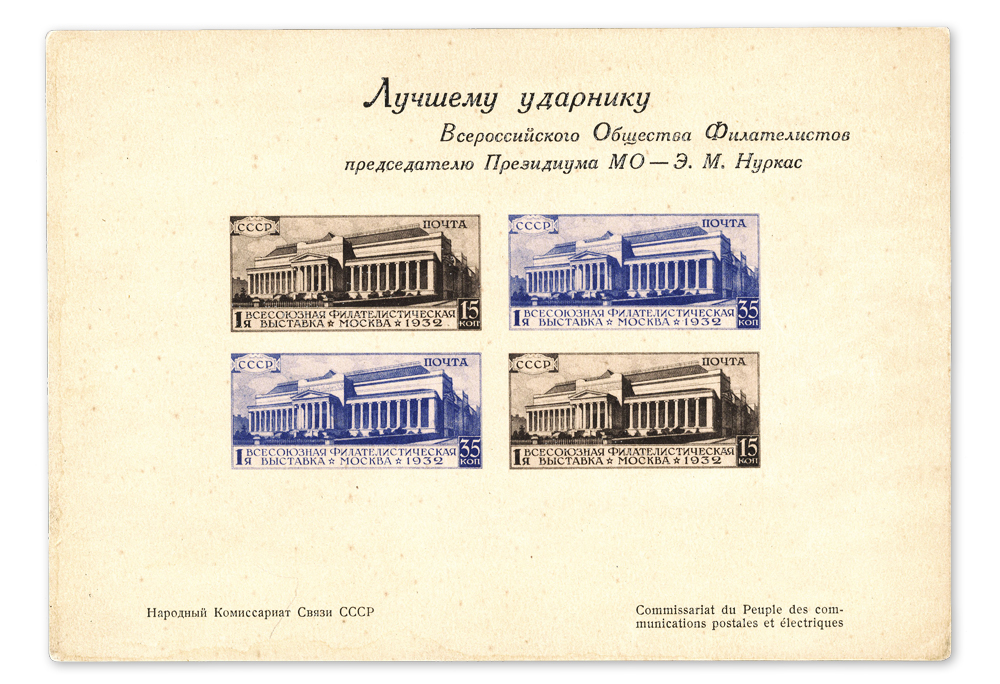 The most valuable sheet of Russian stamps.

Postal department issued two stamps for the All-Soviet Philatelic Exhibition. The exhibition venue was printed on them. Later on, a souvenir sheet was created, which was sent along with the actual invitations. Almost all the collectors who received the sheet were soon repressed. Only one such block was preserved. It was sold in 2008 at a Cherrystone event. Its cost was $776,250 (buyer’s premium included). 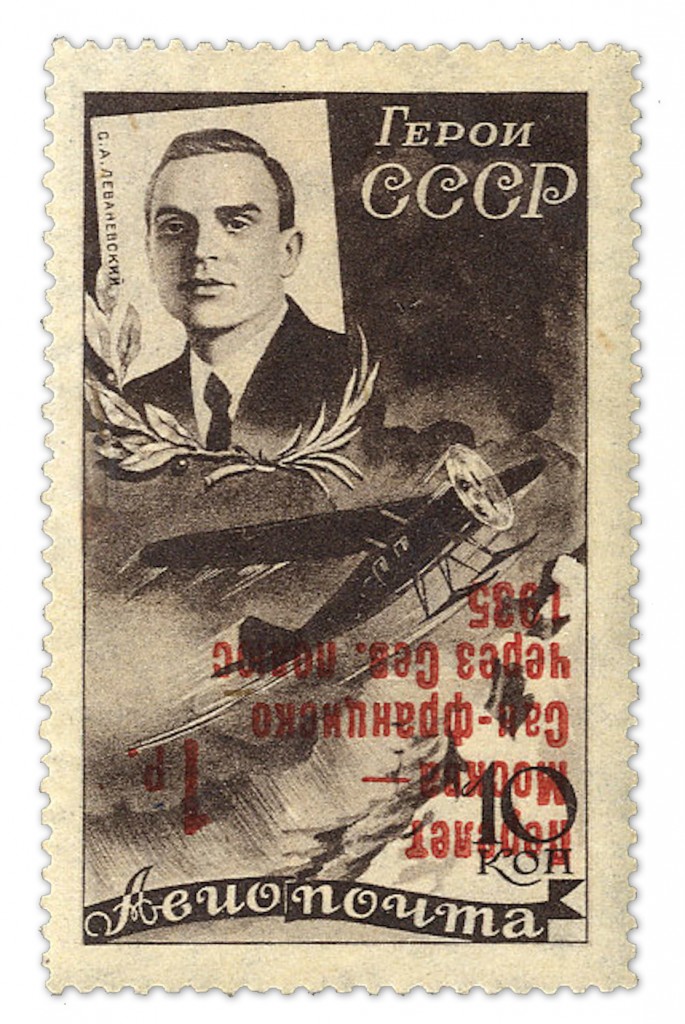 This stamp is indeed rare. It shows Levanevsky, who was a pilot back then. It is crucial that there are several varieties of this stamp (each different in value); some have a small or big “F” in “San Francisco”, some have an inverted overprint. There is a theory that several sheets with an inverted overprint were issued intentionally at the direction of the People's Commissar for Internal Affairs. It is believed that he was fond of stamp collecting. In 2008, one of the examples was sold at a Cherrystone philatelic event. It was sold for $603,750. 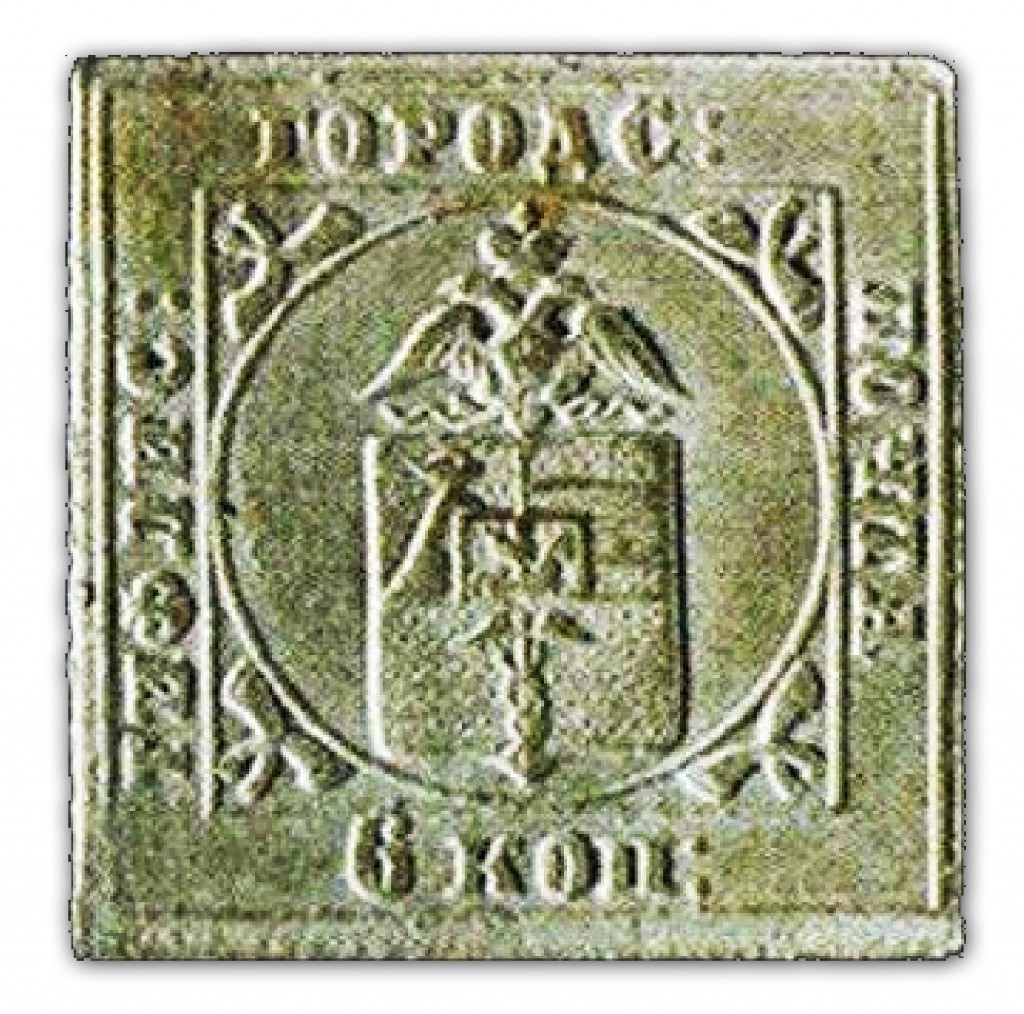 This stamp was issued in 1857. It reveals the coat of arms of Tiflis and the symbol of the territory -- the eagle. Before the WWI, only 3 examples were known; however, at present, five such pieces have been discovered. In 2008, the third Tiflis stamp was sold at a David Feldman event. Its cost reached €480,000. 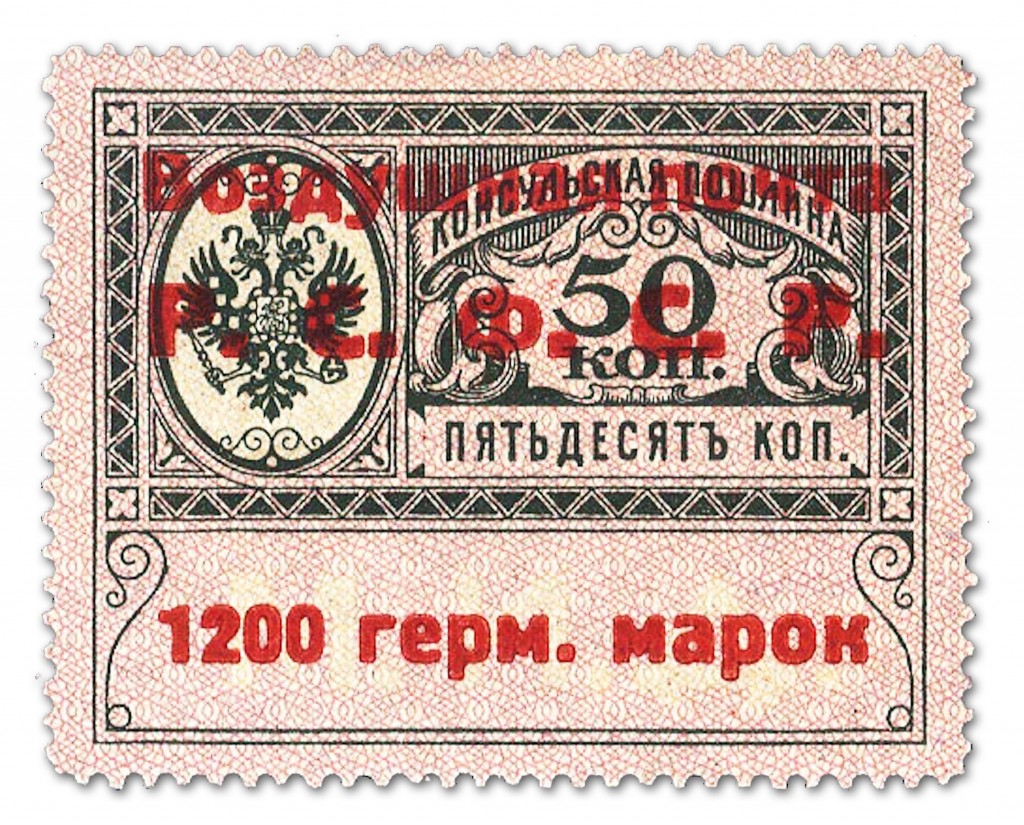 This 1922 stamp has an unusual history. It was released after the joint German-Soviet airline was formed. It was decided to print a series of postage stamps for the franking of official correspondence sent to the capital of Russia. However, this initiative was not approved and it was ordered to remove these stamps from circulation. Thus, only 50-75 copies were issued, and each of them is very valuable. One of these pieces was purchased by a collector at a Cherrystone stamp auction. Its total price was $218,500.

This vertical pair and a strip were also sold at a Cherrystone event. They were created in 1922 for fund-collecting to aid those affected by a crop failure. The stamps were in circulation just for a couple of days and then were immediately removed. The reason for it was a bit controversial – these stamps were issued without People's Commissariat for Posts and Telegraphs' permission. At the online stamp auction, they were realized for $195,500.

This is a strip of the first postage stamps of the Russian Empire, which were issued in 1857-1858. At present, it is known about the existence of four strips (three stamps in each), which makes them indeed rare. These unique stamps were sold for $195,500 at Cherrystone. 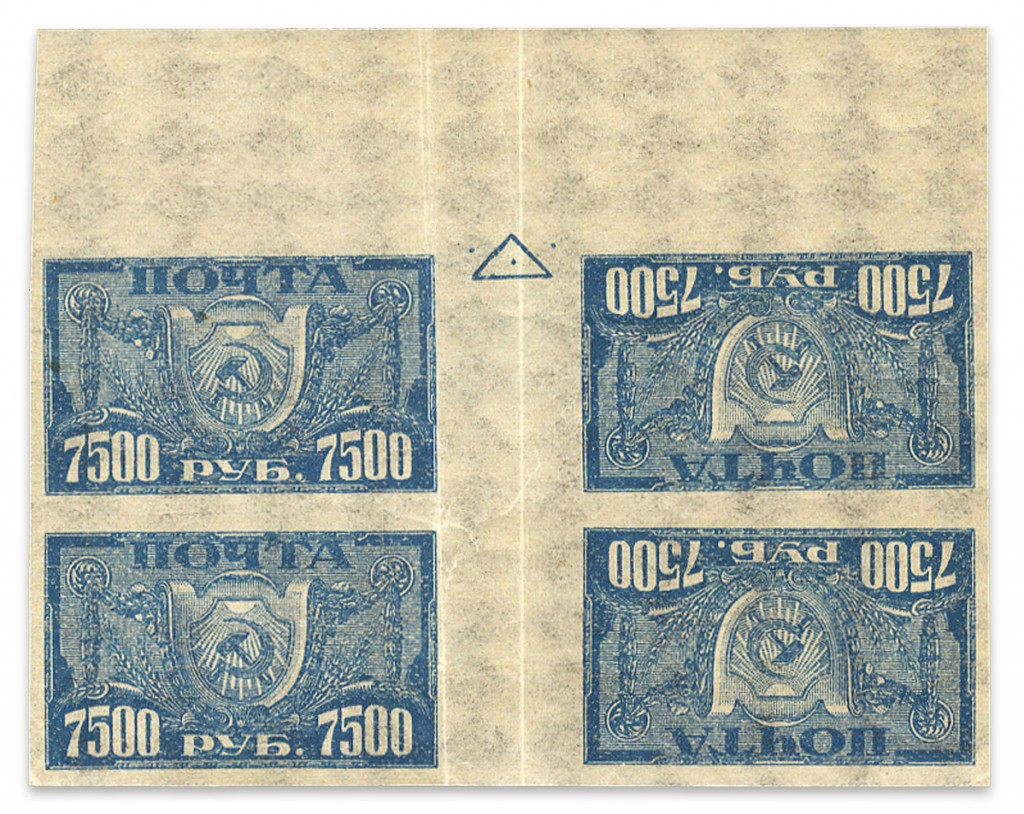 The block of postal stamps of the RSFSR was printed using the remnants of the stock of yellow paper available from People's Commissariat for Posts and Telegraphs of the USSR, which was left from the charity stamps of the 1914 edition. This series was created in 1922. The block was sold for $149,500. 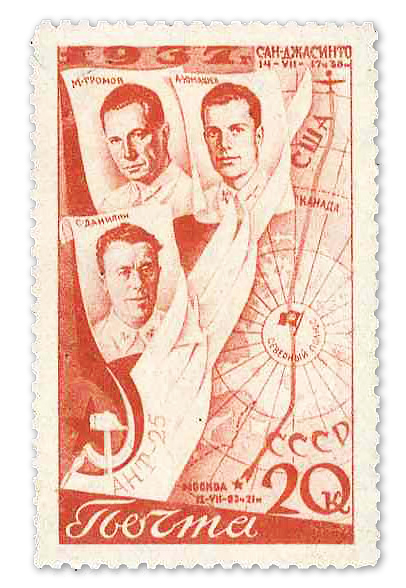 One of the three stamps from the Transpolar Flight series. Cherrystone image.

This stamp was created in 1938. Its creation was timed to the second non-stop flight across the North Pole. Portraits of the first Soviet pilots who made this Moscow-USA flight were printed on the stamp. These individuals were awarded medals for the absolute aviation record. The total price for the lot was $115,000. 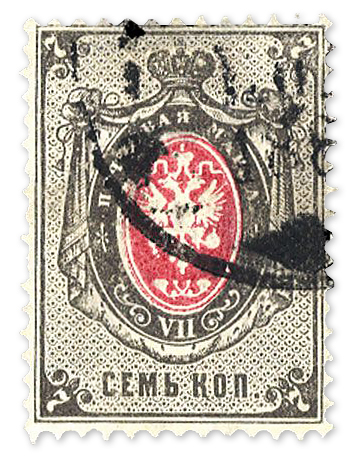 This is another rare item of the Russian Empire. Its cost was $109,250. It is known that there are only 4 copies of this valuable artifact. Its peculiarity lies in the fact that it is the “Perm” variety. The lot was realized at Cherrystone during one of the philatelic auctions in 2007. 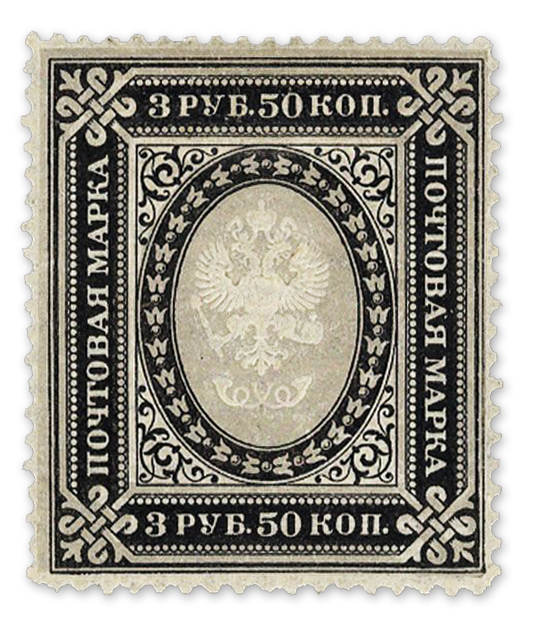 Exclusive stamp of Russia produced in the second half of the 19th century.

This stamp is the only sound stamp known to the philatelic world. It was printed on paper, which was laid horizontally, which made the stamp quite rare. In addition, it is watermarked Goznak, which is a company engaged in the production of security products. The lot was realized for $103,500. 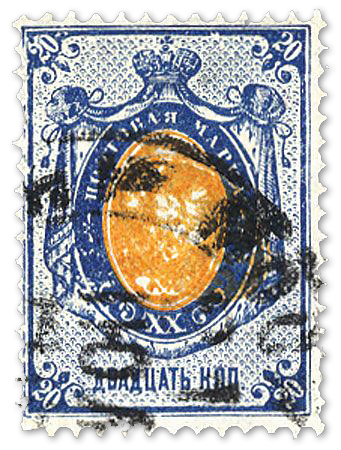 This is the seventh edition of the Russian Empire stamps, which was released in limited edition in 1875. The image above shows the rarest copy of the stamp ever sold at philatelic auctions. This lot has a horizontal watermark Goznak. The item was sold for $97,750. 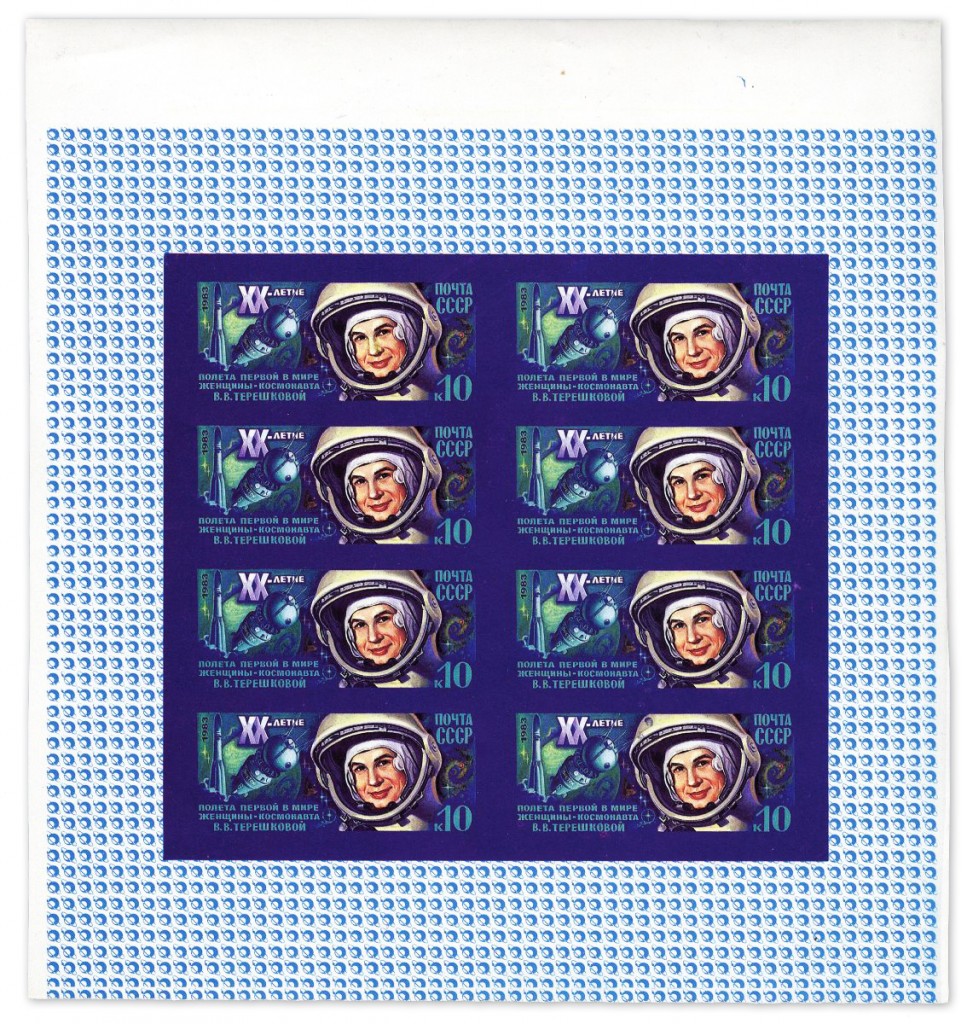 The postage stamp of the USSR was issued in 1983 in honor of the 20th anniversary of the space flight by Tereshkova. She was the world's first female cosmonaut and USSR pilot-cosmonaut. The circulation of this stamp was large enough; however, only 6 sheets of it have been found so far. The sheetlet was sold for $97,750. 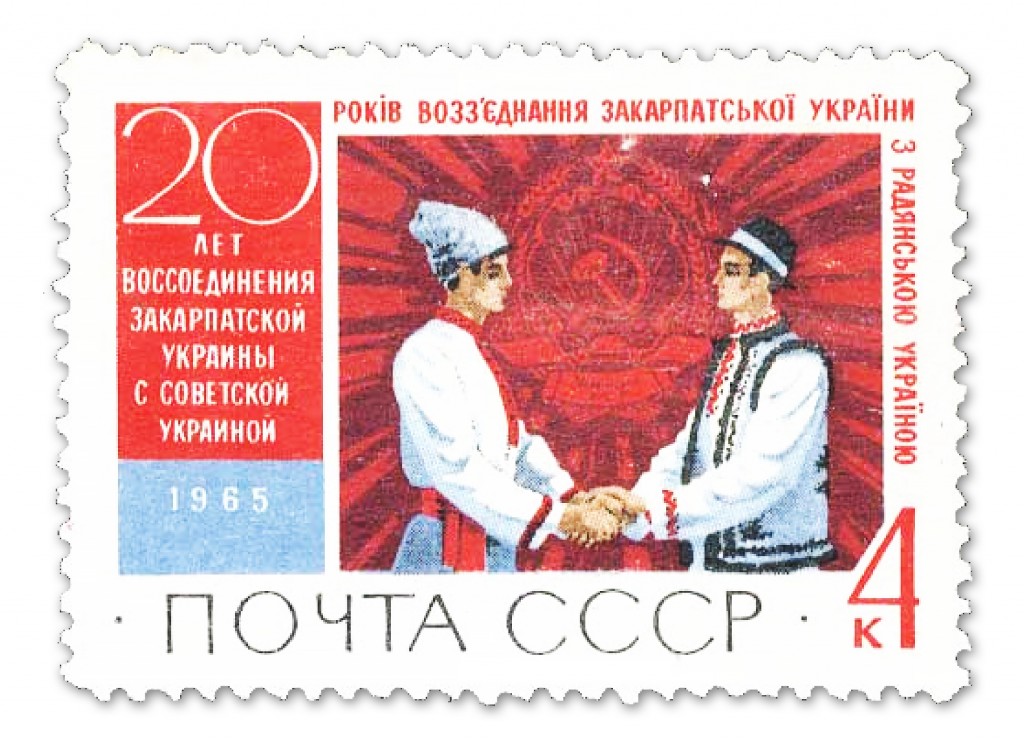 Unissued stamp dedicated to the "Reunification of Carpatho-Ukraine and Ukraine".

This stamp was created in 1965 but was never released. It is dedicated to the 20th Anniversary of "Reunification of Carpatho-Ukraine and Ukraine". For certain political reasons, the stamp was not released into circulation. Nevertheless, philatelists could still purchase it at certain philatelic auctions. It was sold in 2008 at a Cherrystone event. Its cost reached $29,900.