Design errors are a set of mistakes in the plot of a stamp (that has been officially released into circulation), which has been caused by a human factor. This peculiarity may occur when creating the drawing through the fault of the artist, engraver, a postal official, postal department in general or government departments that incorrectly formulated the task or did not ensure its proper execution. However, most errors are the result of inattention. The most common mistakes are connected with the confusion of the depicted characters and background, incorrect representation of state borders on a geographical map, wrong state symbols. It is curious that sometimes such errors are made on purpose. For example, a country may release a stamp with design error in order to declare its rights to a certain territory or express its disapproval of a specific regime, which leads to international scandals and is accompanied by hype. Valuable stamps with design errors can become the highlight of any philatelic collection; therefore, it is crucial to differentiate between the different types of mistakes.

Design errors are different from any other types of errors including typographical errors, incorrect watermarks, overprints, paper types, perforation, and gums. There are the following types of design errors:

• Errors in the plot

• errors in the depiction of natural phenomena;

• errors in the depiction of technological processes.

• errors associated with the ownership of territories;

• mistakes in state and religious symbols;

• Errors in inscriptions or overprints (in numbers, names, concepts)

Examples of Errors in Chronological Compatibility 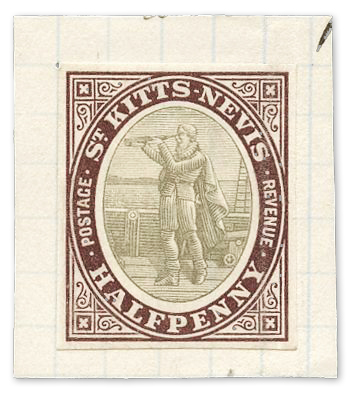 This series of postal stamps was printed in London. It shows Christopher Columbus, who peers into the distance using a telescope. However, this device was invented only a hundred years later in Holland. The British Post explained that the stamp showed not a telescope, but a device without optics, which had been actively used since the 15th century. However, as seen in the image above, the tube has a folding mechanism that is typical for telescope tubes. 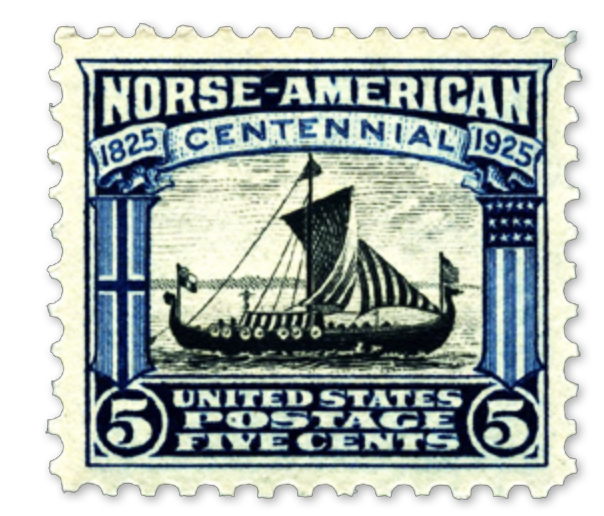 This stamp was issued in honor of the centenary of the arrival of the first settlers from Norway (1725). However, the stamp depicted a Viking ship to which the national flags of Norway and the USA were attached. This ship was launched in Christiania (Oslo) and sailed to Chicago in 1893. The travelers visited the World Exhibition dedicated to the 400th anniversary of the discovery of America by Columbus. 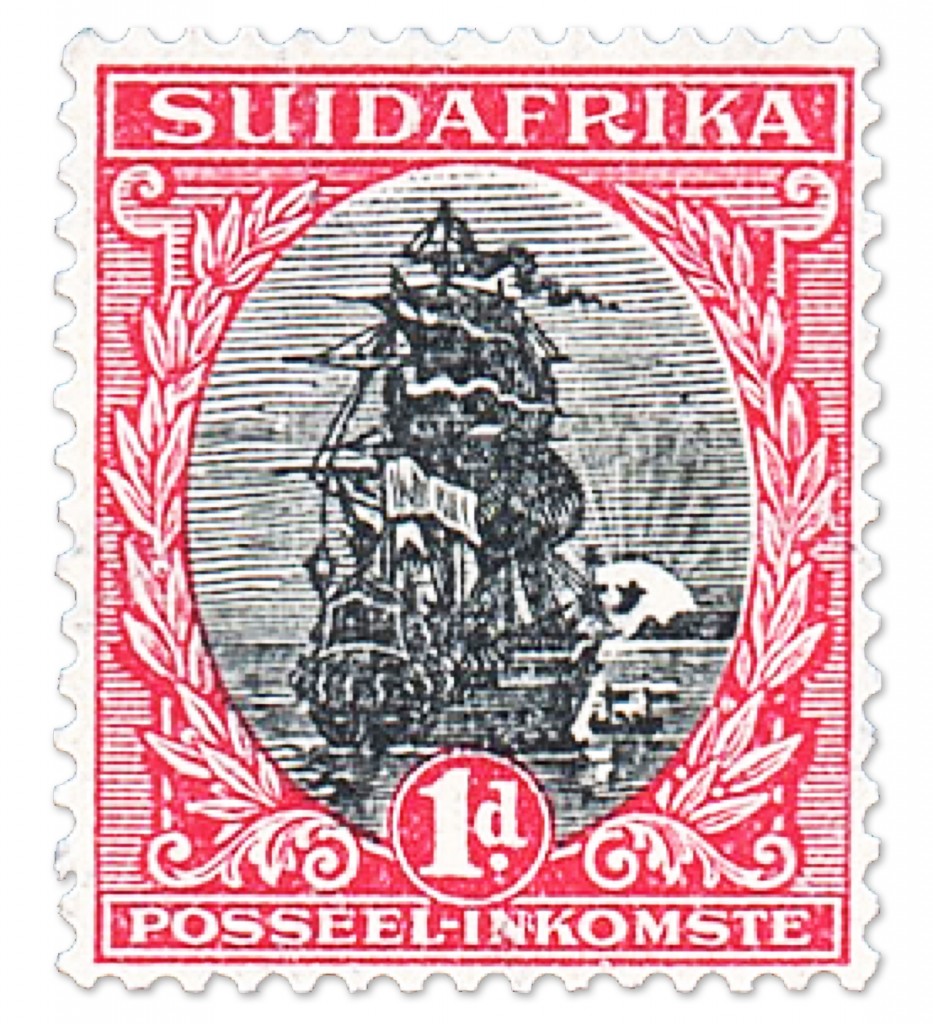 This stamp shows a wrong vessel. Instead of the ship on which Jan van Riebeeck first landed on the Cape of Good Hope in 1652, the Dutch military ship of later times was depicted. In addition, the sun should be on the opposite side of the summit of Table Mountain (it should not be visible on the stamp at all). 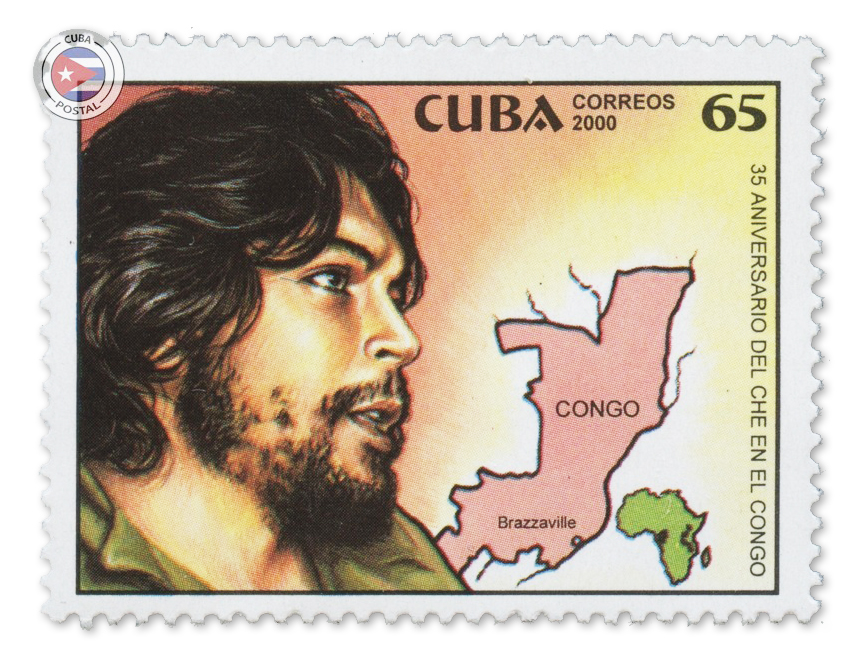 Examples of Errors in the Depiction of Natural Phenomena 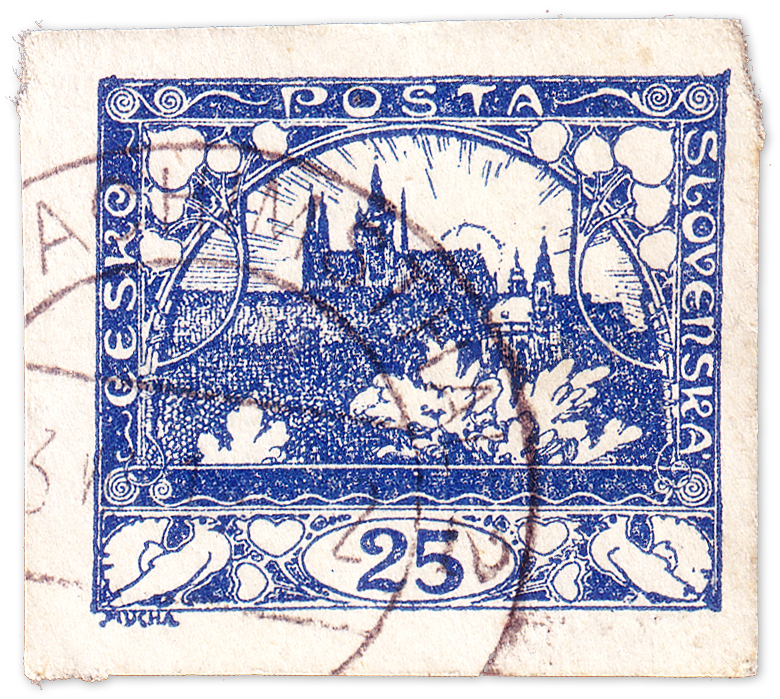 On this series of stamps, the author depicted Hradčany (Prague) and the bright sun behind it. However, the artist made a mistake when he painted the rising sun symbolizing the independence of the republic. The picture shows the northern view; therefore, the sun cannot rise there. 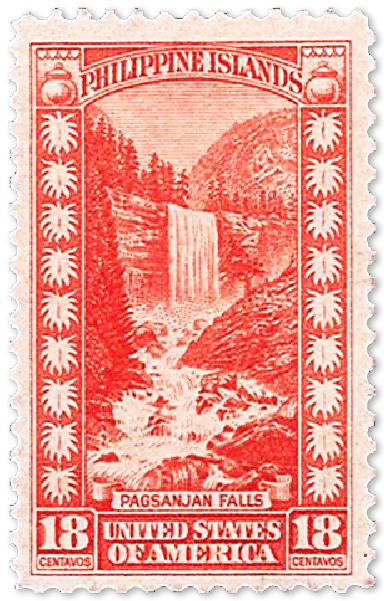 The United States has launched a series of stamps with a Filipino motif featuring the Pagsanjan Falls. However, instead of them, the artist depicted Vernal Falls, which is a landmark of Yosemite National Park in California. This design error has turned a regular stamp into a valuable one and nowadays collectors can get good money for it at stamp auctions. 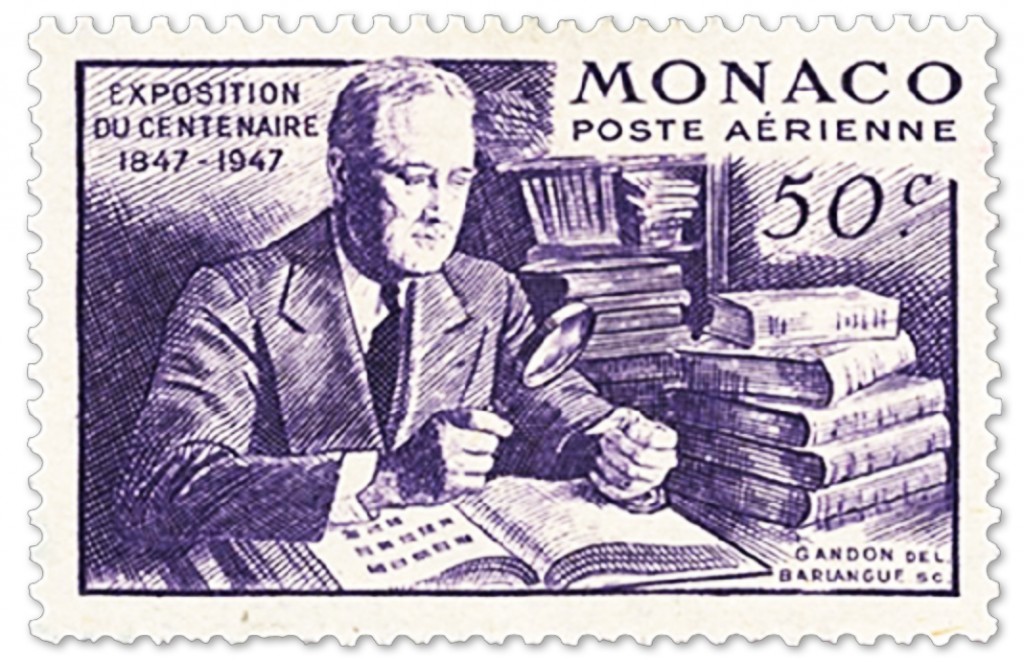 This postage stamp was issued in Monaco, and it shows US President Franklin Roosevelt. In his right hand, he holds a magnifying glass, with the help of which he examines some stamp. If you take a closer look, you will notice that the president’s hand has six fingers instead of five. It can be assumed that such a mistake occurred as a result of the play of light and shadow in the photograph, which the artist used as a prototype for the stamp.

Examples of Errors in the Depiction of Technological Processes 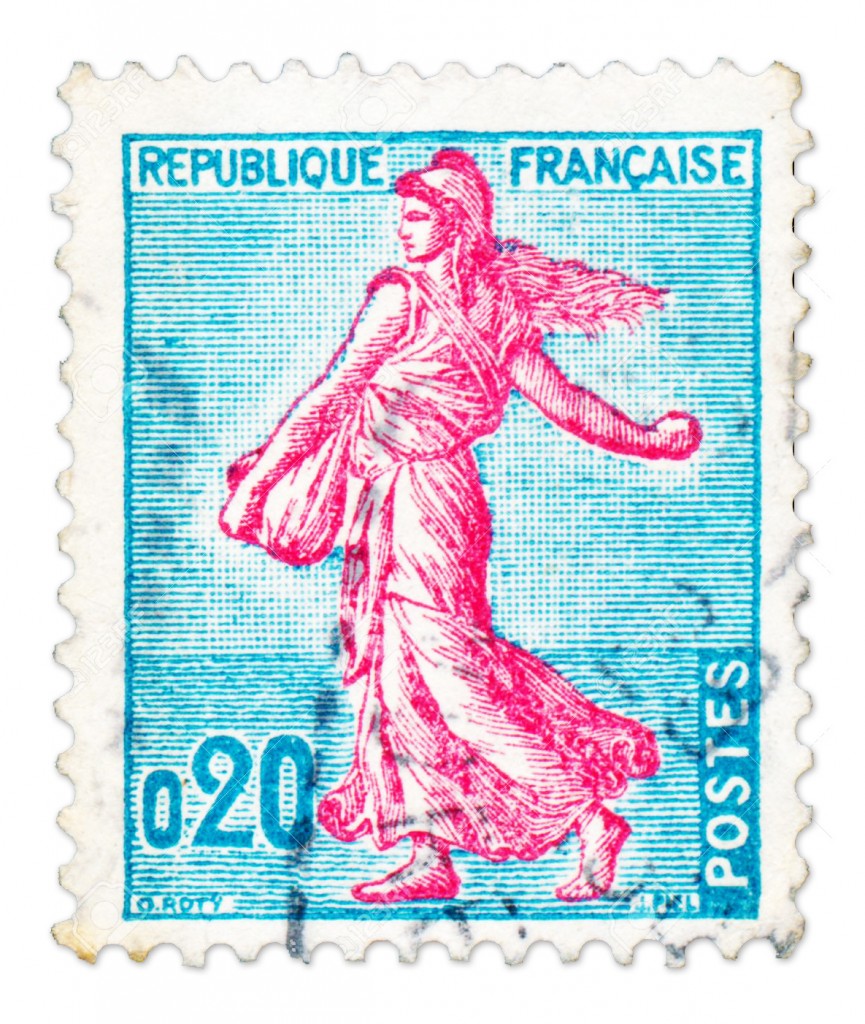 At first glance, this is a standard edition of the French stamp with the allegorical portrayal of a woman sowing grain seeds. This stamp has been printed for decades with the same mistake. If you look at the details, you will see that, judging by the clothes and hair of the woman, she is sowing against the wind, which is a wrong technique. 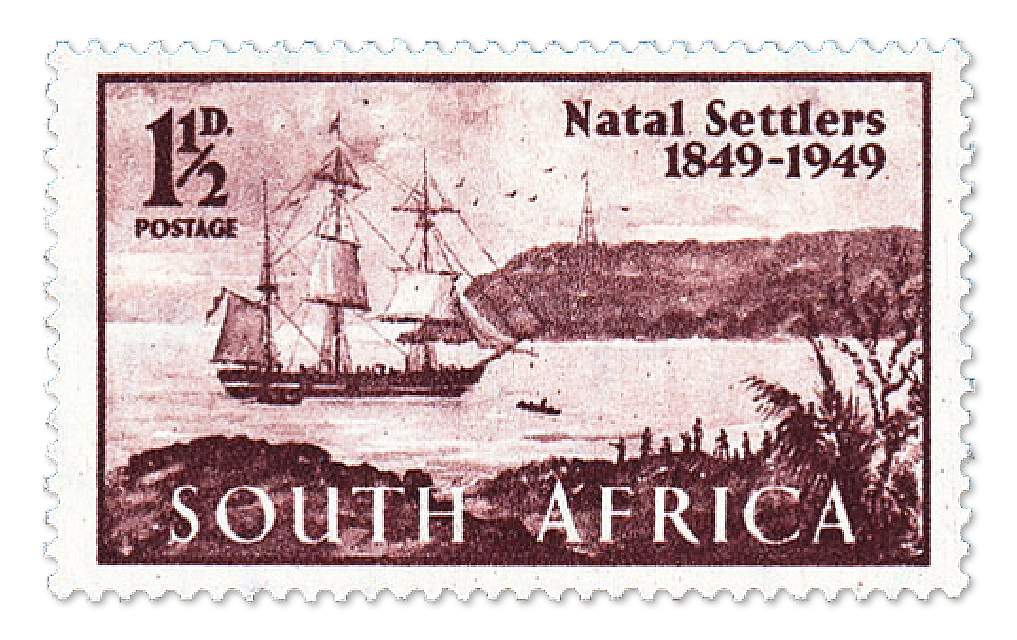 The stamp was issued to commemorate the centenary of the anniversary of the arrival of the first British settlers in Natal (who traveled in the brig). The stamp shows a ship with three masts, however, in fact, there should be only two of them. Moreover, the proportions allow assuming that the lighthouse should be at least 200 meters high.

Examples of Errors in the Ownership of Territories 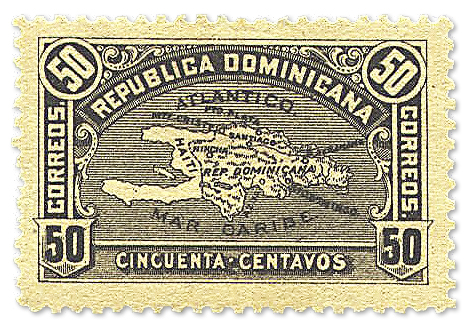 On the map depicted on the stamp, the border between the Dominican Republic and Haiti is to the west of the real one. The post office of the country was forced to withdraw these stamps from circulation due to the threat of military actions that might have followed. In 1929, the two countries issued stamps with a correct image of geographic boundaries. 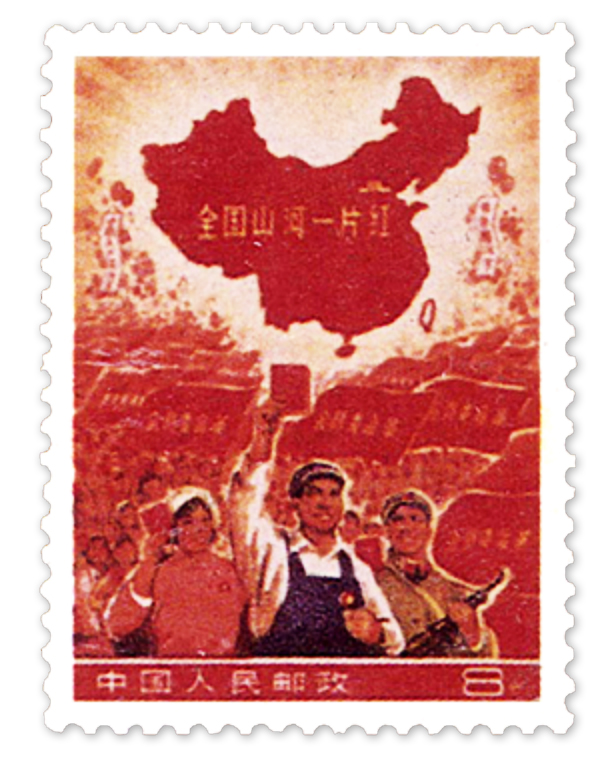 This stamp shows workers with banners and slogans stating that the whole country is red. After it was released, it was discovered that the artist did not paint Taiwan with red color, where, as it turned out, the supporters of Kuomintang were hiding. The stamp was immediately withdrawn from circulation, and the entire issue was subject to destruction. One of the remaining unique stamps was sold for a huge amount of money ($474,800) at a philatelic auction.

Examples of Errors in Symbolism 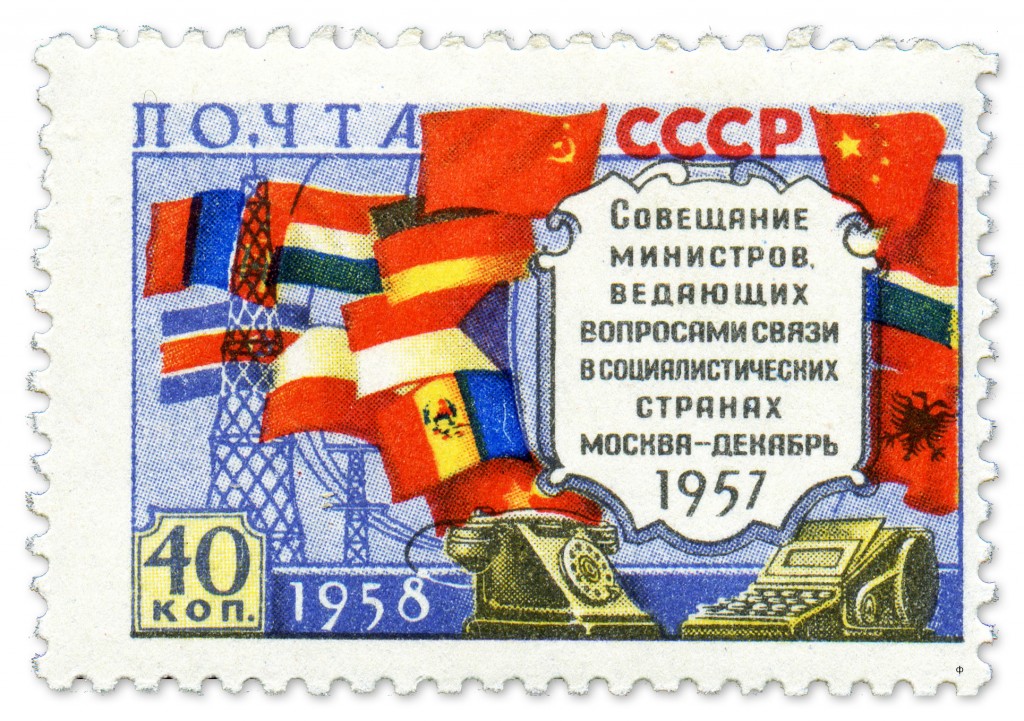 This stamp shows flags of various states including the flag of Czechoslovakia. However, on it, the white stripe is at the bottom, and the red one is at the top while it should be the other way around. Interestingly, it is still not known which flag is drawn on the left, below the flag of Mongolia. 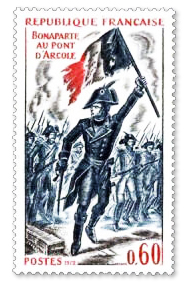 According to the plot of the stamp, General Bonaparte (commander of the French army) leads the military and occupies a bridge with the French flag in his hand. It is important that, in reality, he would have never carried this flag since he had to carry the battle flag of the infantry regiment.

Example of Error in Personality 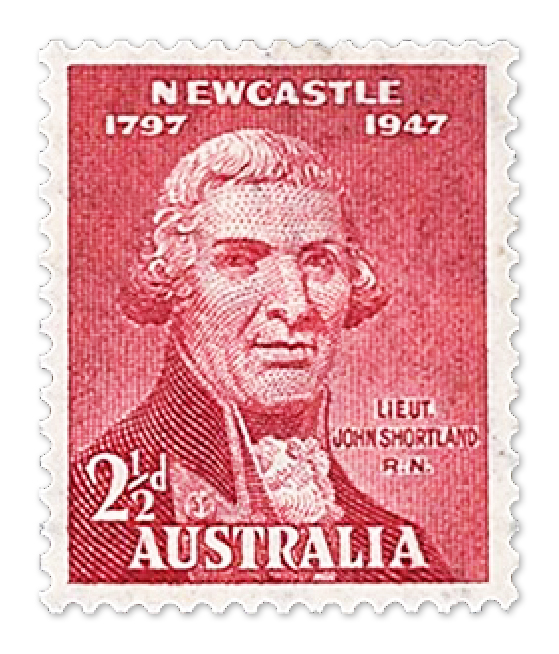 This is a series of stamps dedicated to the 150th anniversary of the founding of Newcastle. It was planned to portray the explorer Lt. John Shortland, who discovered the Hunter River. However, in reality, the artist drew the portrait of his father.

Example of a False Design Error 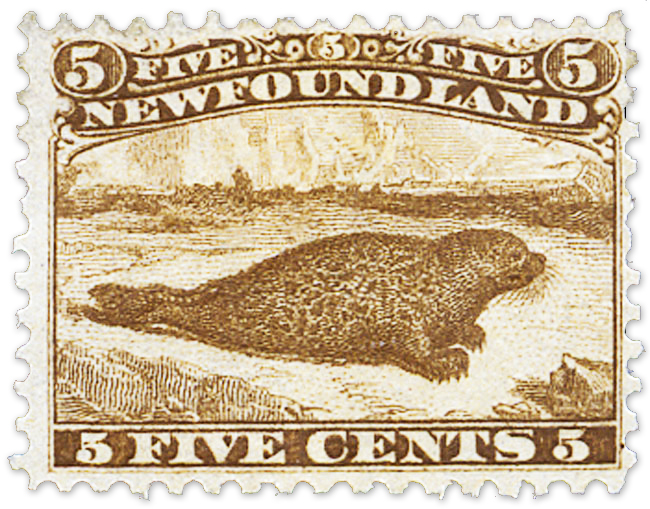 The stamp shows a seal which has not flippers but clawed paws. Until the 1920s, it was believed that the artist had made a mistake in depicting the animal, but it was found out that this seal species actually lives in Newfoundland. Therefore, it turned out that it was not a design error after all.