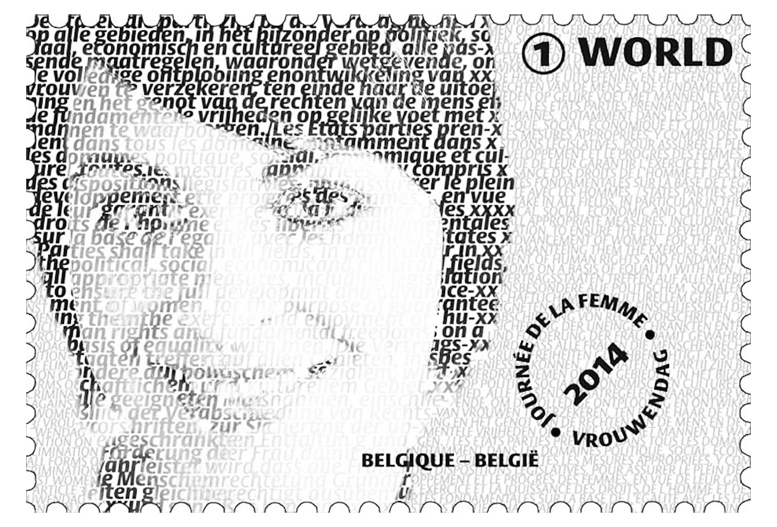 On March 10, 2014, the postal service of Belgium issued a postage stamp showing a portrait of a woman. The release of the stamps was dedicated to International Women's Day. The stamp is intended for franking correspondence sent abroad and has a nominal value of 1.29 euros. Curiously, the postage stamp is famous not only for the fact that it is dedicated to celebrating an important holiday but also due to the fact that it got into the Guinness Book of Records almost immediately after its release. In particular, it was listed in the book because it contains the largest number of words ever printed on a stamp - a total of 606 complete words in four languages. The stamp is completely covered with fragments of the text from the UN Convention on the Elimination of All Forms of Discrimination against Women, adopted by the UN General Assembly on December 1979. 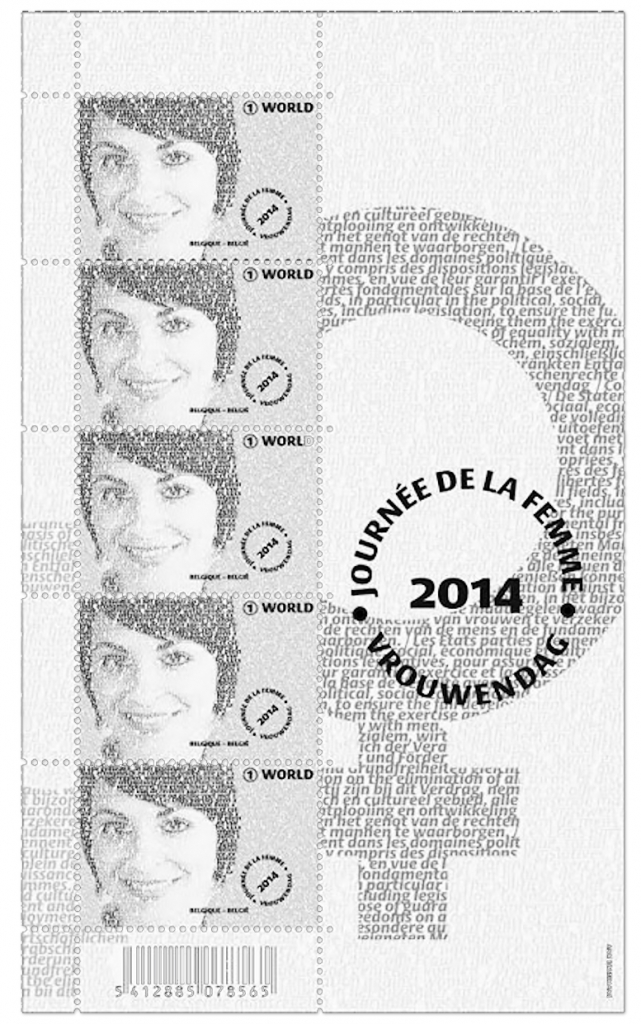 Words form not only a female silhouette on the stamp but also a general background. The issue was released in the form of sheets consisting of 5 stamps arranged in a vertical row. As the postal service of Belgium reported, this way, they wanted to show their commitment to diversity and promote equal opportunities for all workers.