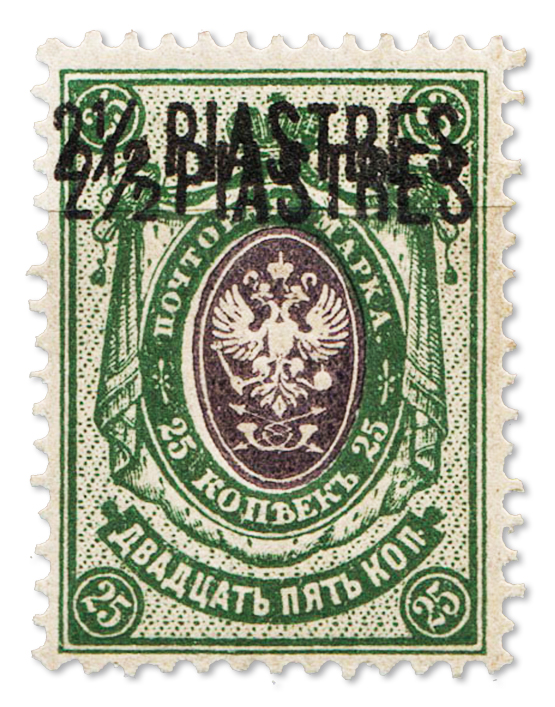 An overprint is an inscription or image that was placed on postage stamps, which were already put into circulation; it contains important additional information. As a rule, an overprint is printed on top of the stamp design, but handwritten overprints may be also observed (such as on the Hawaiian stamp is shown below). Overprints are made in cases when it is necessary to reflect some important changes on postage stamps and if, at that moment, there is no possibility to issue new stamps. There are several types of overprints, which are discussed below. 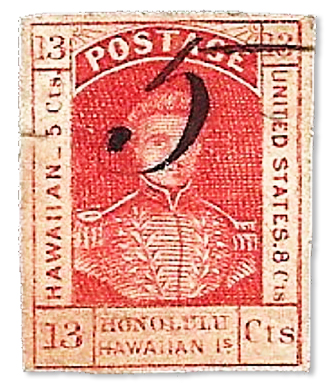 In most cases, the use of overprints is associated with a change in the denomination of a postage stamp. As a rule, an increase in the value occurs, which is typical for periods of strong inflation and changes in tariffs. In addition, there are situations when the denomination of a stamp decreases. This may happen when there are no available postage stamps necessary to pay for a particular tariff while there is an excess number of stamps with a higher nominal value.

Overprint that Reflects Changes in the State System

Such overprints appear when the existing symbols are no longer relevant, for instance, after a revolution, a change of power, occupation, or, on the contrary, after gaining independence or due to other fundamental changes on the state level. In this case, the state informs the philatelic community about such changes by placing an overprint on existing stamps. A similar type of an overprint is typical for postcolonial issues when former colonies placed overprints on their old stamps after gaining independence.

Overprint that Changes the Function of a Stamp

Such overprints appear when giving a stamp a new status (for instance, when turning a regular stamp into an airmail stamp). The stamp has the word “airmail” or “avia” or another equivalent overprinted or a drawing of an airplane placed on it.

Sometimes overprints are made in order to respond quickly to some significant event or achievement. Since many important events occur unexpectedly for postal services, they need to do something rapidly to reflect the important achievement. The use of overprints is a great method of reacting to some crucial event. 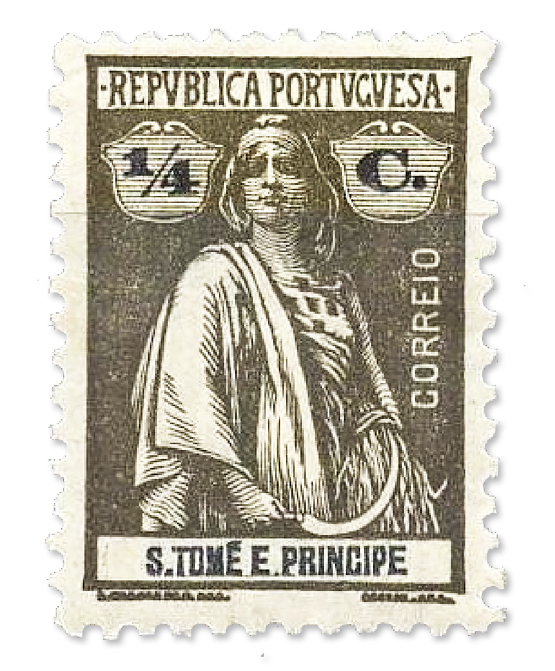 In the 19th century, colonial empires began to issue a unified type of postage stamps for the entire empire, on which overprints were placed with the name of specific colonies (territories) and denominations. Sometimes blank spaces were left on a stamp specifically for an overprint to be placed there later. Many stamps with this type of an overprint may be found among the stamps of the Portuguese colonies. 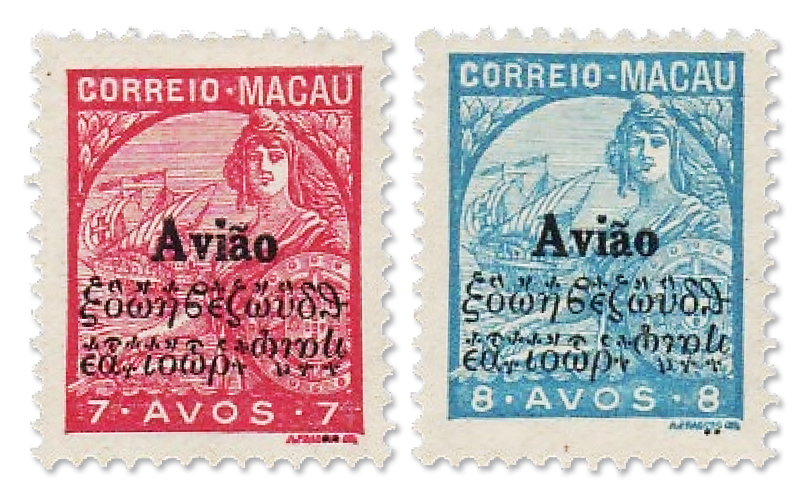 There have been cases when overprints served as a kind of protection against thefts and fakes. Greek letters overprinted on Macao postage stamps of 1936-1938 met this specific objective as well as the indication of the province on the stamps of China in 1915-1920.

There can also be overprints made by unofficial postal services, and private organizations and individuals. Usually, a stamp with such an overprint is no longer suitable for payment of postal services, but it is used for other purposes, for example, to confirm the payment of taxes.