We are sure that not everyone is aware of the existence of the state of Sealand (a micronation), and even fewer people know that it issues its own postage stamps even though those are sometimes sold at online stamp auctions. This article aims to serve as a basic resource because limited information on this unique state and its stamps is available in philatelic forums and resources.

A Couple of Words About the State 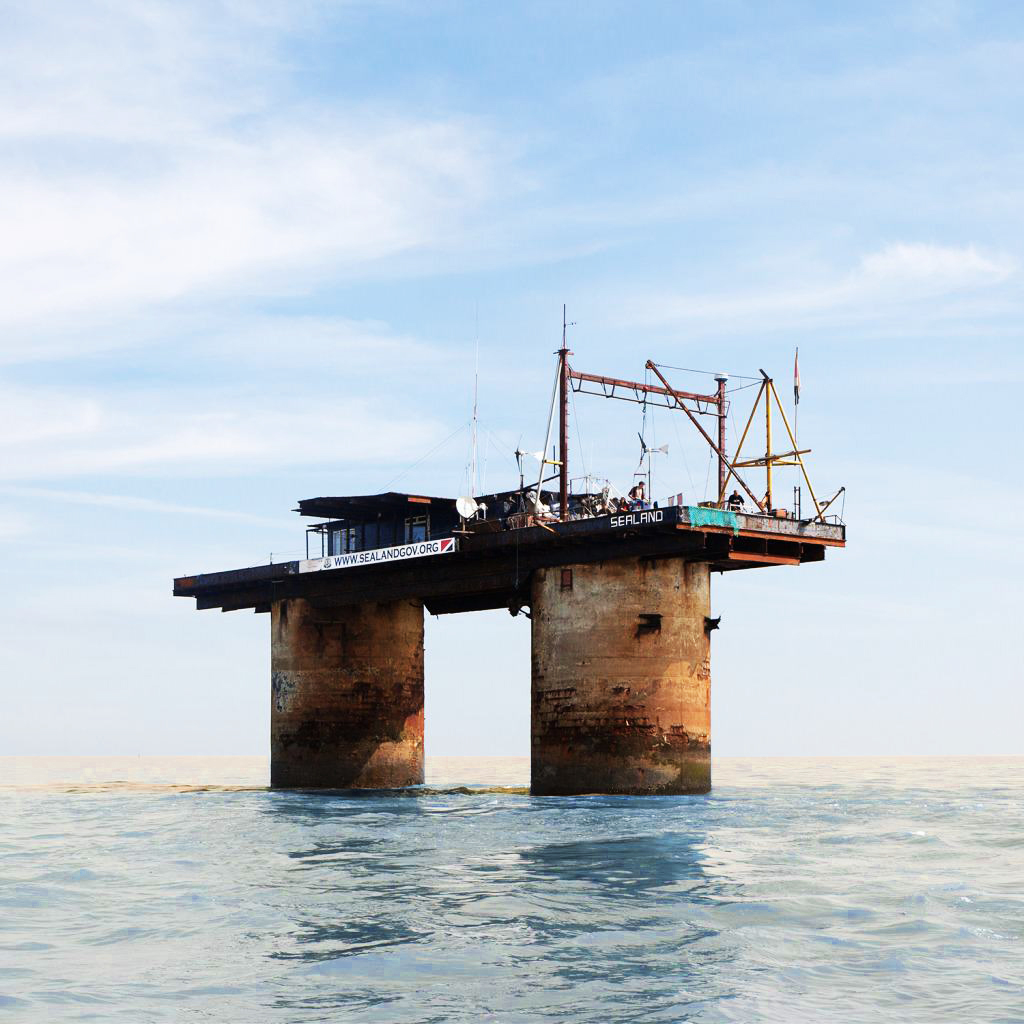 The state of Sealand. Richard Lazenby / Via commons.wikimedia.org

The image above shows the state of Sealand located on a platform of 0.0006 sq. km. This principality was founded by Roy Bates in 1967. It should be noted that the platform on which this state is located was built during World War II, and it is situated on neutral territory. Sealand has its own symbolic attributes, including flag, coat of arms, anthem, and constitution. Moreover, the state issues money and postage stamps. 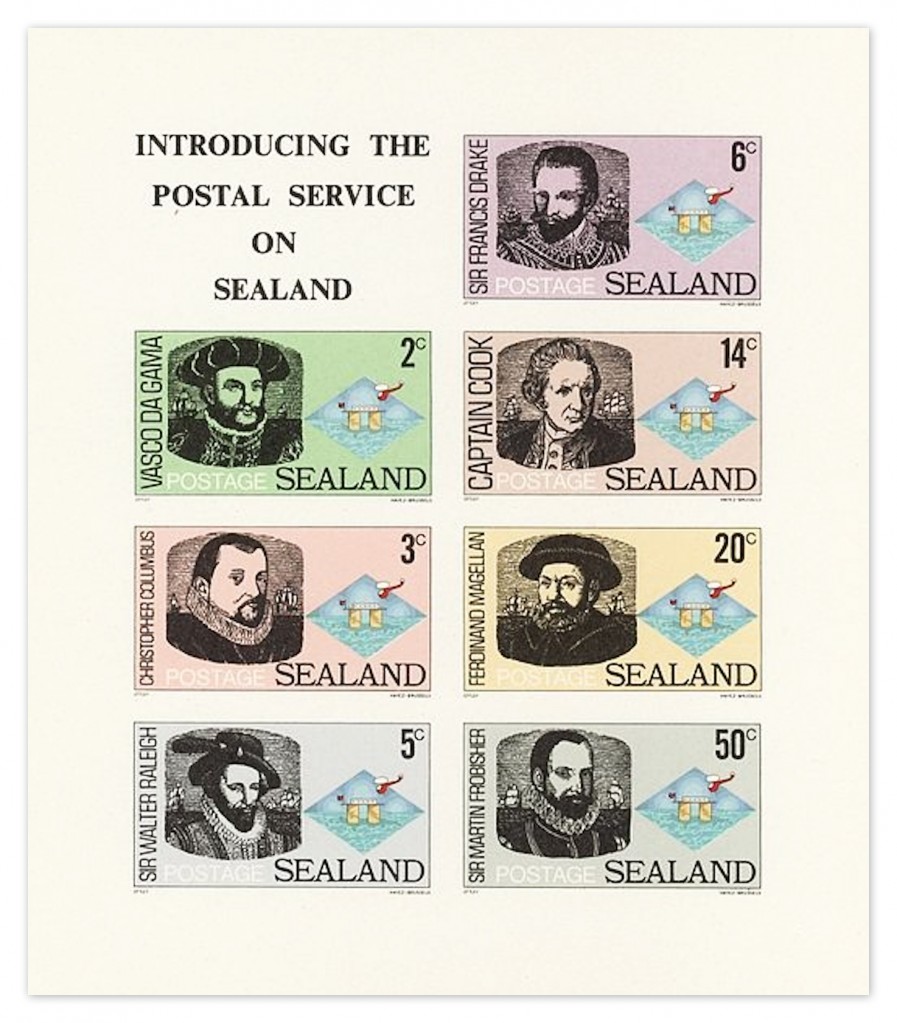 The first issue of stamps of Sealand.

The first stamps of the Principality of Sealand (a series of 7 stamps) were issued in 1968, and the portraits of famous explorers (Vasco da Gama, Christopher Columbus and others) were depicted on them. A year later, overprints were placed on the stamps and, from this point, all the pieces received a nominal value of 10 cents. However, it was necessary for the platform to join the Universal Postal Union in order for their stamps to be recognized as an official means of payment in other states and countries. For this reason, a representative of the state arrived in Brussels and brought with him almost a thousand letters. However, the platform was not accepted as a member of the Union. Interestingly, the letters went through the Belgian mail at no additional charge, which made it possible to insist on the legitimacy of the stamps for the payment of postal services and attributed them certain philatelic value (which also made them collectible stamps). First issue actively selling on different stamp auctions. 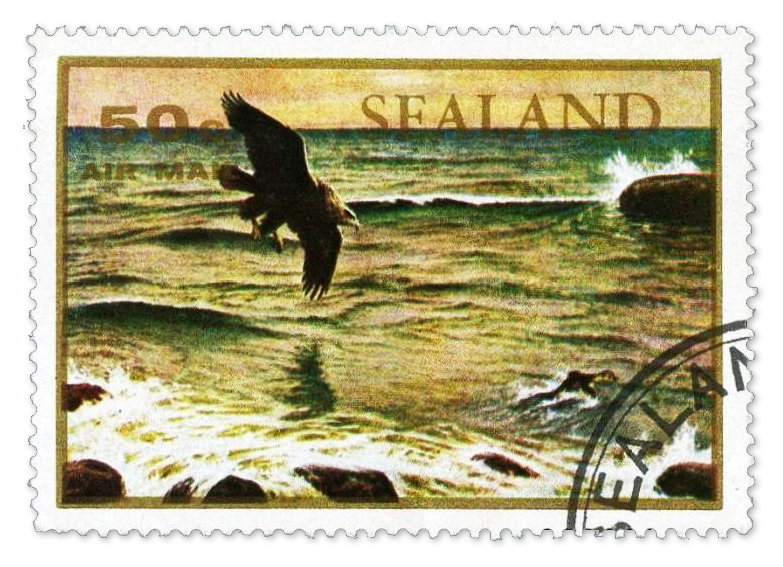 The stamp of 1970 showing a seascape.

Then, in 1970, the principality issued several series of stamps with the images of captains, ships, and seascapes. Also, four blocks with ships, squid, and a famous pirate were released. Five years later, the state printed stamps showing the Princess of Sealand and women of the world (representing five continents). In 1977, the country released a series of stamps with the ships of the great explorers portrayed on one of the previous issues. Moreover, one of the series of stamps from this period was dedicated to the prince and princess of Sealand as well as to the coat of arms of the principality. 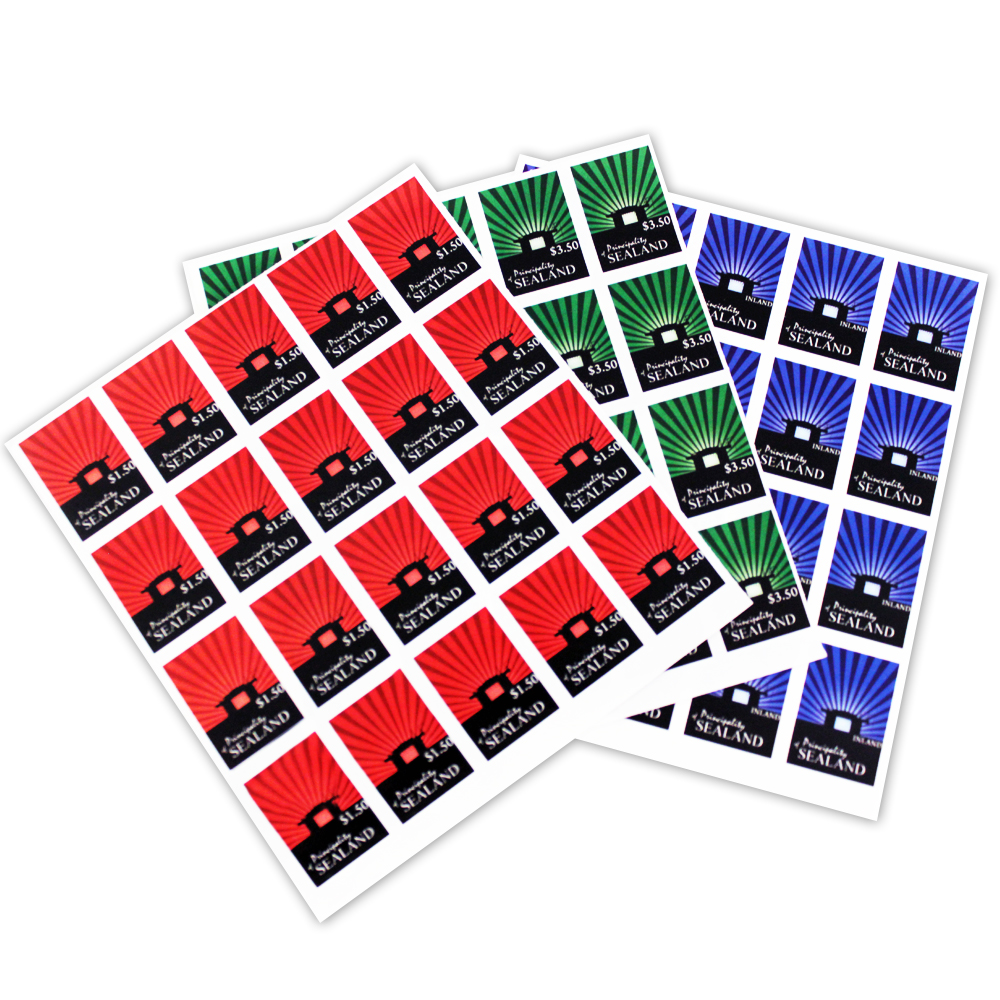 After that, the state took a protracted pause and did not issue new stamps, and only in 2010 new pieces were introduced for the internal correspondence and letters. We would like to remind you that the area of the state is 600 square meters. The latest stamp issue shows the platform on which the principality is located. At the moment, the stamps of Sealand cannot be used to pay for the postal services in other countries, while, there is no reason to use them inside the state, given the size of the territory. For this reason, philatelists can argue whether it is possible to regard these pieces as postage stamps. Nevertheless, the British Cinderella Stamp Club categorizes these postage stamps as a local issue.