The United States postal service started carrying mail on a regular schedule using airplanes only 15 years after the Wright brothers made their first flight in 1903. On May 1, 2018, the US Postal service celebrated the 100th anniversary of the American Airmail Service thus issuing two commemorative postage stamps. 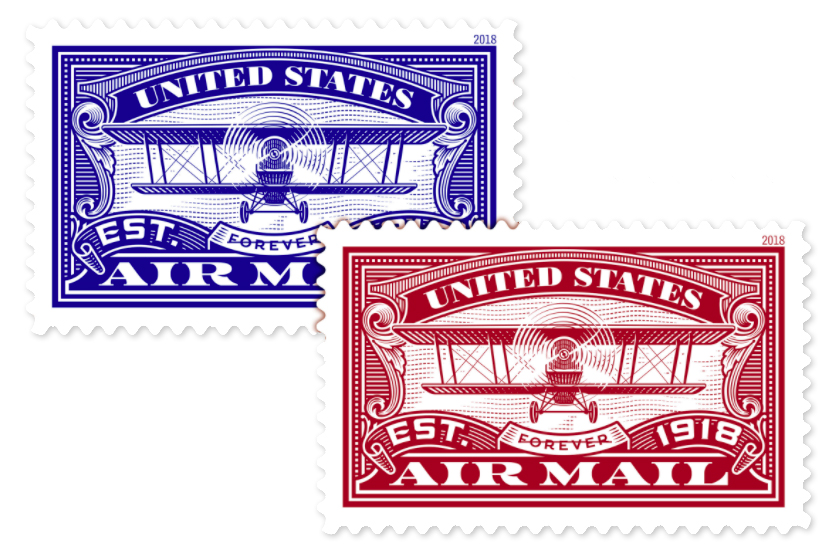 Both stamps were printed using gravure printing. This is when an image is transferred to paper from an engraved base. The stamps depict the well-known Curtiss JN-4H which was commonly used in the early days of the US airmail. The aircraft was also featured on the stamps originally issued in 1918 in order to mark the beginning of the regular airmail operations.

The first "blue" stamp was released on May 1, 2018, marking the pioneering spirit of the brave Army pilots who initiated the world's first regular aviation service. 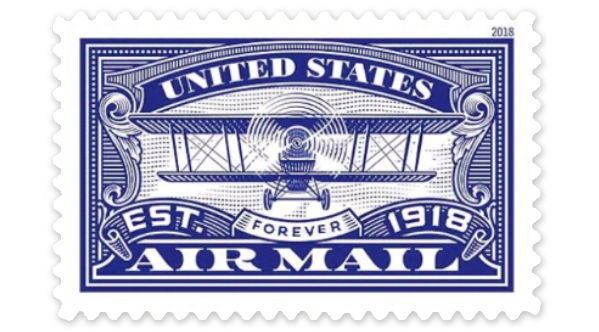 A similar "red" stamp was issued later, in August 2018 to mark the beginning of airmail mail delivery through the US post offices, which started in August 1918. 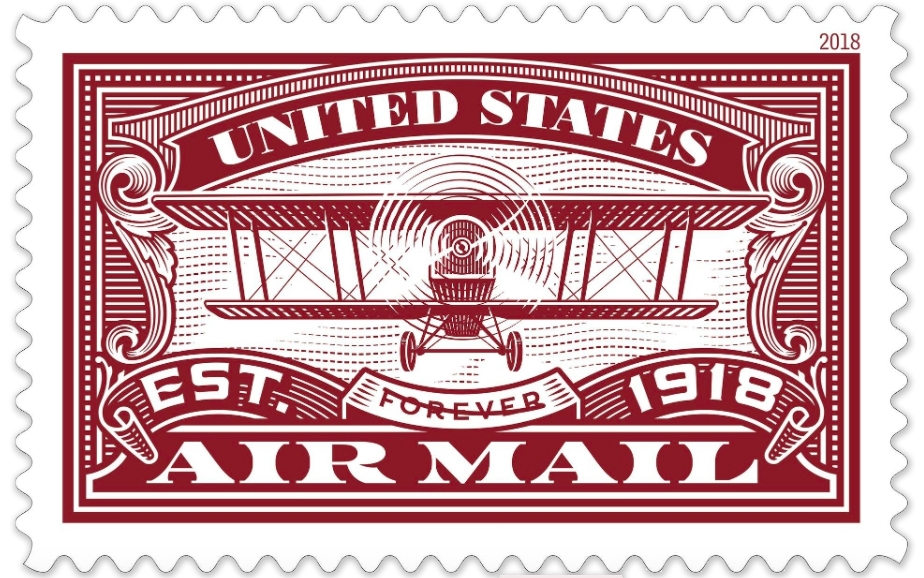 The print designer and the typographer was Dan Gretta from Pennsylvania, working with USPS art Director Greg Bradding. 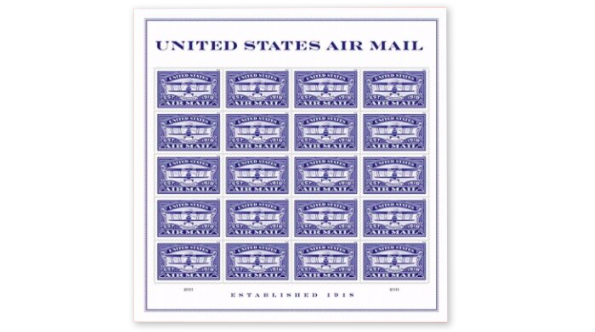 Stamps are printed and processed 20 copies per sheet on a USPS Ashton Potter printer. The circulation is considered relatively small compared to modern commemorative issues in the United States: only 7.5 million stamps or 375,000 sheets of 20 stamps. The denomination of United States airmail stamps is designated as “Forever”, meaning it will always be equal to the current value of a first-class shipment per ounce. 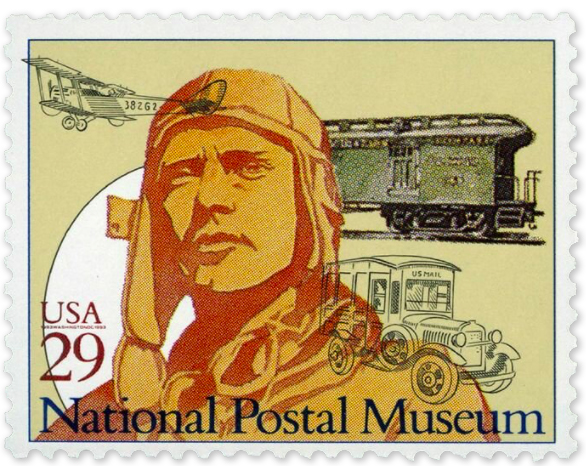 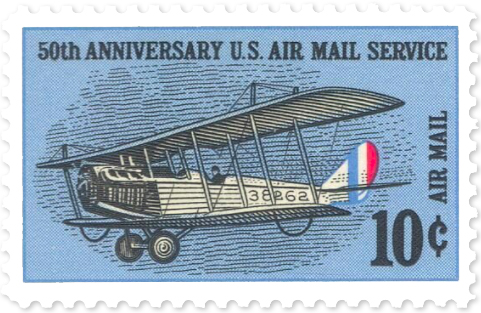