The First Postage Stamp of Russia

Recently, St. Petersburg’s A.S. Popov Museum of Communications has published the draft of the first Russian stamp. It has an inscription at the bottom: "The first Russian stamp draft, presented by F.M. Kepler on October 21, 1856". Well, the Russian philately history started with this project. 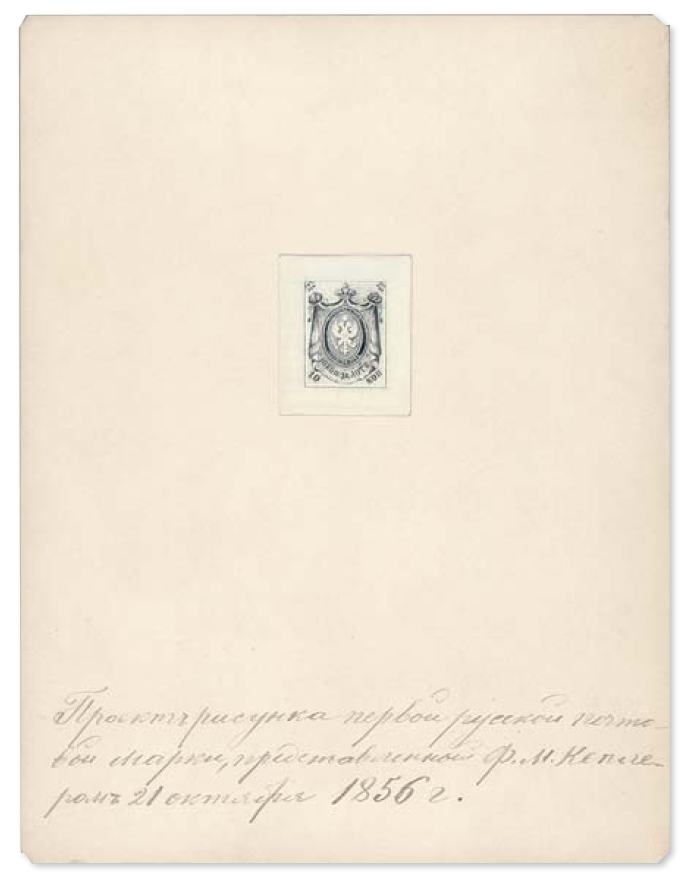 In 1851, Alexey Prokhorovich Charukovsky, the head of railway mail transportation, went abroad to study the postal business. Having traveled to many countries just in a year, Charukovsky brought the information about the use of the railways for mail transportation, and about the postage stamps used. In England, he visited the “Perkins, Bacon, and Pitch Printing House”, where they printed postage stamps. He thoroughly studied the entire production process.

Charukovsky also learned the postal rules of Prussia about the introduction of the postage stamps and the procedure for their use. In France, he closely watched the work of the staff of the mail cars. Having returned to St. Petersburg with a lot of impressions, facts, and technologies of the postage stamps use, Charukovsky wrote a monograph "The introduction of postage stamps in Russia". However, the Crimean War started in 1853, postponed the consideration of Charukovsky's proposals. Only at the end of 1855, the Russian Empire government asked Charukovsky to submit a detailed report on the stamped envelopes and the stamps used abroad. He compiled it and described the methods of making and use in detail. 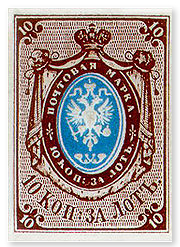 According to his words, the introduction of the stamp in Russia would be very convenient for the whole population of the country, and the profit from their sale would cover the costs of manufacturing and bring a new source of income to the Empire’s Treasury. He suggested introducing round stamps as in his opinion, rectangular stamps cannot be neatly glued to the envelope - for example, rectangular stamps can hitch the box or other letters and come off. He also described a punching machine, surrounding each stamp with a continuous row of small holes so that they can be easily torn off from one another without scissors.

Certainly, he also suggested the issue of stamps having different face values: 10, 20, and 30 kopecks. He recommended using paper with silk threads and watermarks for the stamps to prevent forgeries. The stamps issue was approved by the Ministry of Finance, and the Expedition for State Papers Procurement (ESPP). So, they started to prepare for the stamps publication.

Judging by the drafts of the head of the ESPP printing department, J. Reichel, initially, there were two drafts for the printing. Both stamp drafts had a circular with a 28.5 mm diameter. The first one: in the inner circle, against the background of the crossing lines - there was a two-headed eagle with the two post horns above it, and along the circle, there was its face value: 10 kopecks. The inscription letters are colored at the top, white at the bottom. 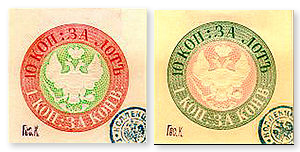 The second one: in the inner circle against the background of the intersecting lines, the head of the eagle is depicted with the two postal horns under it. The circle is the same as in the first type.

Both types of samples were printed in four colors. The two samples of each color were quenched. The trial stamps were rejected after Charukovsky examined them. First of all, he recommended that the coat of arms be carved in order to avoid forgeries as it would give a relief image when printing. At the top of the stamp, he recommended the inscription "postage stamp" to be made.

Finally, Charukovsky changed his mind about the shape of the stamps. He proposed to issue them in the rectangular and in such a format that 100 stamps could fit in one sheet. In October 1856, the second postage stamps trial series was printed at the ESPP printing house. However, judging by the fact that the new type of stamp was not much different from the previously proposed, the project was rejected again.

And here, the senior engraver of the ESPP, Franz Mikhailovich Kepler, joined the work on the project of the first postage stamp. After reading Charukovsky's conclusion on the first samples, he himself set making samples. Several samples were made with the face value of 5, 10, 20, and 30 kopecks. For all the stamps, a general design was adopted. The stamp value was indicated only by the inscription and color. The Postal Department approved samples with the only exception of the 5 kopeck stamp.

In just two months, ESPP made 51 proof prints, both on plain paper and on a special one with a watermark. The need for such a number of samples could be explained not only to the paper and printing technology selection but also to the difficulties in color choices. 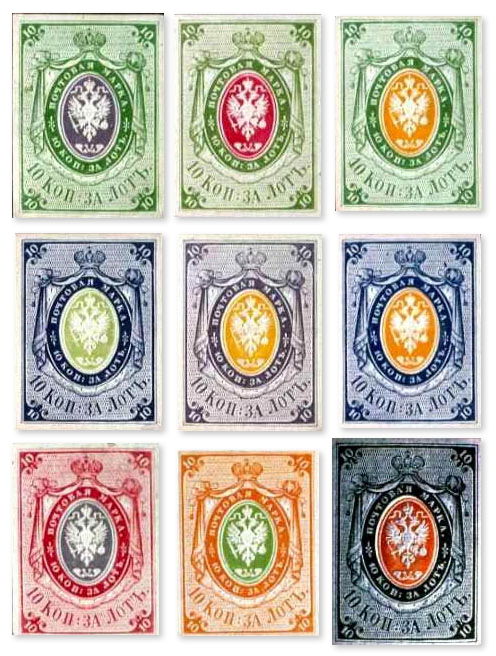 The approved samples were transferred to the ESPP for replication, and soon a substantial amount of 10-kopeck stamps started getting produced in the printing department. Initially, the stamps had no perforation because the punching machine, ordered from the Vienna Printing House had not yet arrived when the production started. When the machine finally arrived, the workers believed it would be impossible to quickly install it and set it for production. So, the board decided to release a part of the circulation of 10-kopeck stamps with no perforating (there were 3 million copies). When the machine had been finally adjusted, they started to produce stamps with perforation. 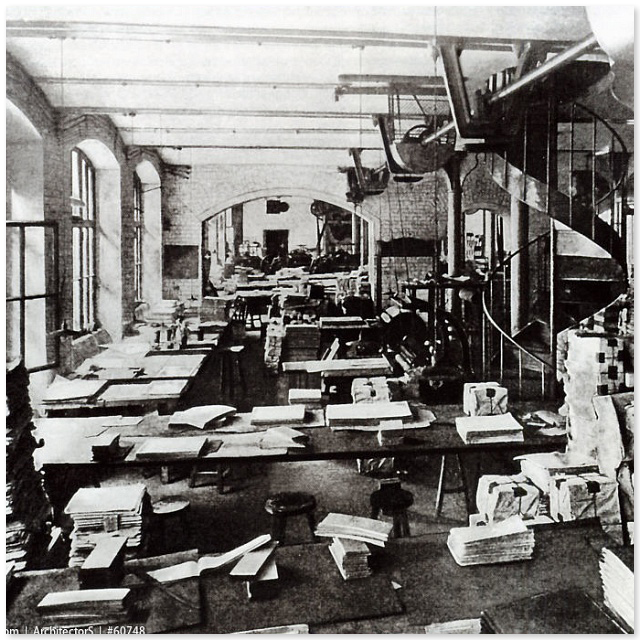 The official date of postage stamps in the European part of the Russian Empire is January 1, 1858. But some collectors own stamps that were canceled back in 1857.

The first message about the introduction of postage stamps was published in the newspaper “ The Livlyandskie Gubernskiye Vedomosti" (The news of the Livlyand region) on December 18, 1857. By the last days of December, the “innovation” of stamps became known in most provinces of the European part of Russia. Moreover, in some of them, the stamp sale started right along with the announcement in the newspaper. And here, a very distant city, Vyatka, was ahead of all - the stamps sale started there on December 23, 1857. There are some other Russian cities where they started to sell stamps before January 1, 1858: Olonets, Vitebsk, Kazan, Mogilev provinces. 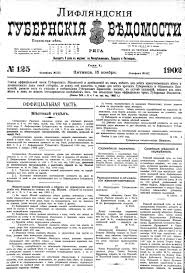 In St. Petersburg, the stamps sale was provided not only at the post office but also in the largest stores located in the city center. 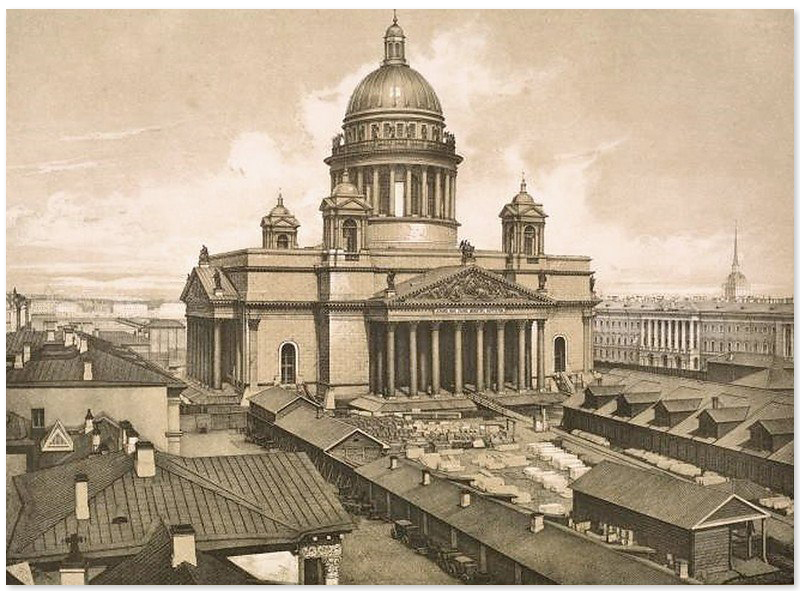 Note: The post offices in provinces only had 10-kopecks stamps, while 20- and 30-kopeck stamps were only available in the capital (St. Petersburg) and in some large cities.

In Moscow, they didn’t sell any stamps in December 1857. This happened because, at the very last moment, the Head of the Moscow post office made proposals to change the stamp applying rules. He was afraid the rural postal station employees might not understand the methods of stamp use and suggested that stamps should not be sent to such stations. The postal department rejected Moscow post office offers. But the time was lost.

Thus, despite the official date for the introduction of the first Russian stamp into the postal circulation on January 1, 1858, according to some documents, the “real” first day of its sale is December 23, 1857. Therefore, no surprise that some collectors own the rarest envelopes with the first Russian stamps, canceled in December 1857.