The Interesting Narrative of the Life of Black Penny, or the World’s First Adhesive Stamp 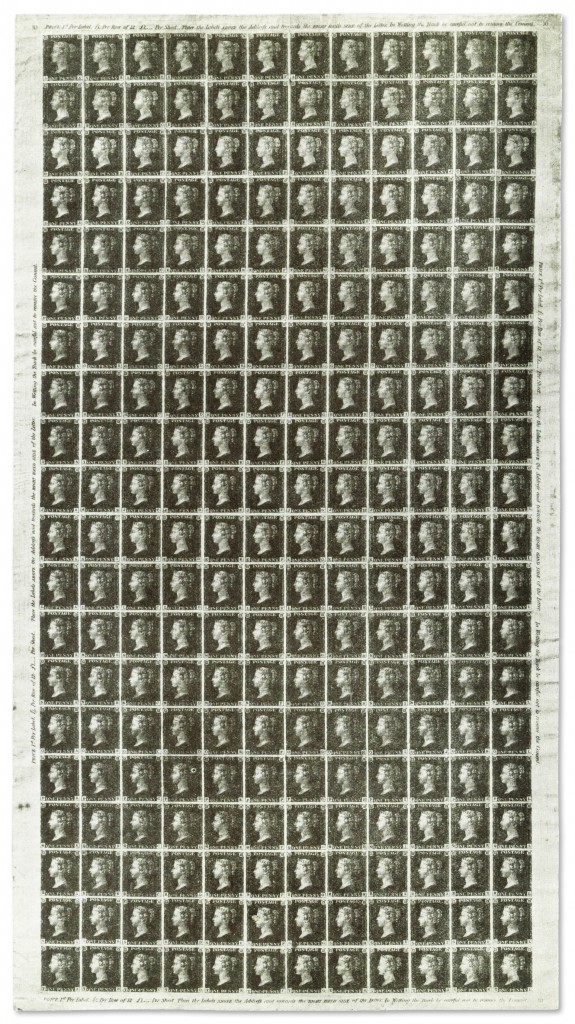 The test sheet of stamps. Image of Philatelics.org

When the Post of England released the first stamp with a circulation of 68 million copies, they could have never assumed that it would become legendary. Despite the fact that the Penny Black does not belong to those rare stamps and one can buy this stamp at almost any major stamp auction, any collector who possesses should be proud of having a copy of the world's very first adhesive stamp.

At the beginning of 1837, Sir Rowland Hill proposed an idea, which implied a reformation of the postal department and the services provided by it. His idea was that all the existing privileges would be canceled, and postage fees would become unified throughout the country. After analyzing the relevant data, Hill came to the conclusion that the reduction in payments would directly affect the number of items sent through the mail, and it would solve the financial difficulties experienced by the postal service. At the same time, in 1837, one of the major newspapers announced a competition for the best project of a postage stamp in which a large number of people took part. More than 2,600 projects were proposed, but none of them satisfied the jury. In the majority of cases, the sketches were strange or too big (they were the size of an envelope). However, the designs depicting Queen Victoria caught the attention of the members of the jury. It was decided to place the queen’s portrait on the first stamp (however, the project itself was not adopted).

As a result, the portrait of young Queen Victoria shown on a medal was used to create the sketch. The medal was created in honor of the first visit by the Queen to the London Town Hall. Thus, the Penny Black was created based on the ideas of several people. 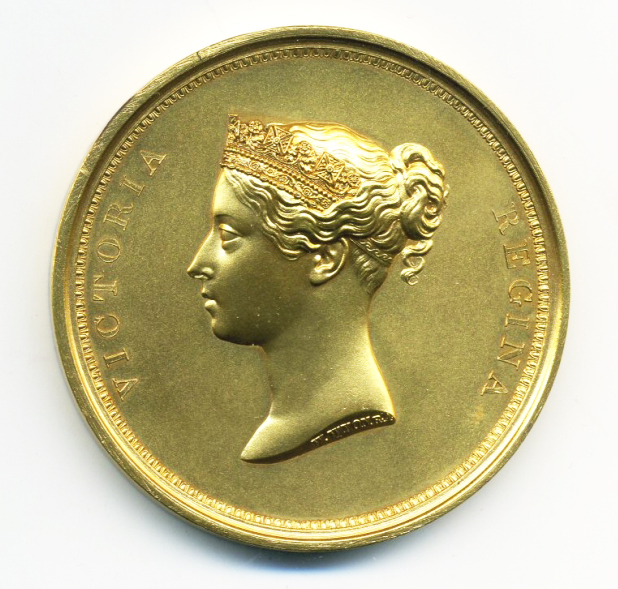 The portrait of Queen Victoria used on the stamp.

"Perkins, Bacon & Petch" took responsibility for printing the first stamp, using an intaglio technique as well as metal engraving to print the design. During the process, the printing house faced various problems associated with the choice of paper and ink. Moreover, the printing plates quickly deteriorated, and the company had to take urgent measures to release the stamp on time. Despite the numerous issues faced, the first stamp was issued on the first day of May and then released in circulation on May 6, 1840. A few days later, a blue 2-penny stamp was also printed. The first stamp of England was issued in sheets of 240 pieces, and control letters were inscribed on each of them in order to avoid fakes and forgeries. 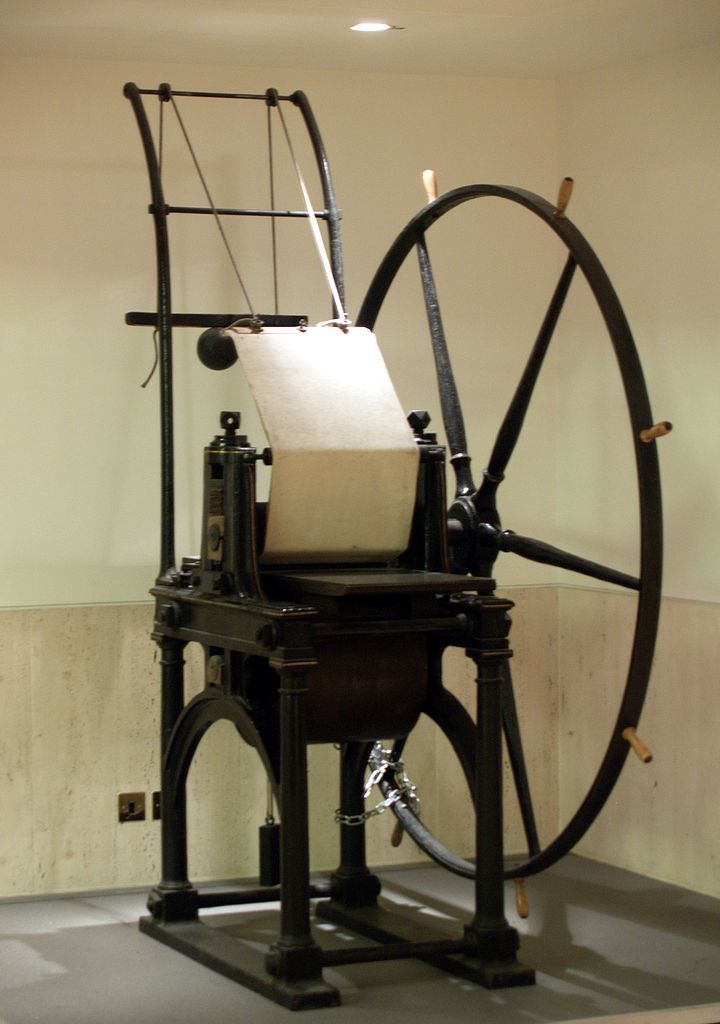 The device used to produce the world’s first stamp.

Interestingly, this stamp was released in huge quantities. Nevertheless, the portrait of the eighteen-year-old Queen Victoria invariably adorned each issue until 1901. There were several attempts to print other portraits of the queen on stamps, but she wished to remain forever young in the memory of people.