The Inverted Dendermonde of Belgium 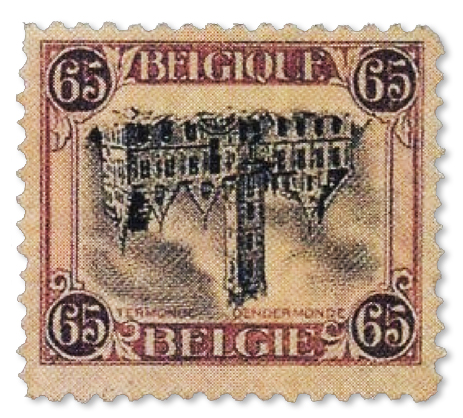 The beautiful and rare stamp of Belgium, which is one of the most expensive and valuable stamps of the world.

Belgium is a rather small country with a rich history in philately. Many collectors are glad to acquire the stamps of this country, which can significantly increase the value of their collections. However, one of the stamps is particularly valuable as it has been preserved only in small quantities. In particular, this is the renowned Inverted Dendermonde. This piece was released in the first half of the 20th century, and it depicts the city hall located on the Large Square in Dendermonde. The construction was established in 1350 as a building of cloth rows. Later the tower extension was added, which served as a place of assembly for the city council. After some time, the building was named after the town hall. It was repeatedly restored in order to return it to the original Gothic appearance.

This postage stamp with the nominal value of 65 cents was sold for $190,000 10 years ago at one of the largest philatelic auctions. The value of the piece is not connected to the fact that it represents a cultural and historical monument but to the fact that the image of the town hall has been printed upside down. Since the stamp had to be printed in several colors, each sheet was passed through the printing press several times. This potentially error-prone process led to the emergence of these valuable Belgian inverts. According to the majority of the sources revealing the history of this stamp, only 17 copies have been preserved to this day. Some of them are kept in the collections of famous philatelists but the location of two copies is still not known. In 1942, these two stamps were kept in a collection of some philatelist who was killed and his collection was stolen. More than 70 years later, it is still not known who was the murderer and where these most valuable copies are located. 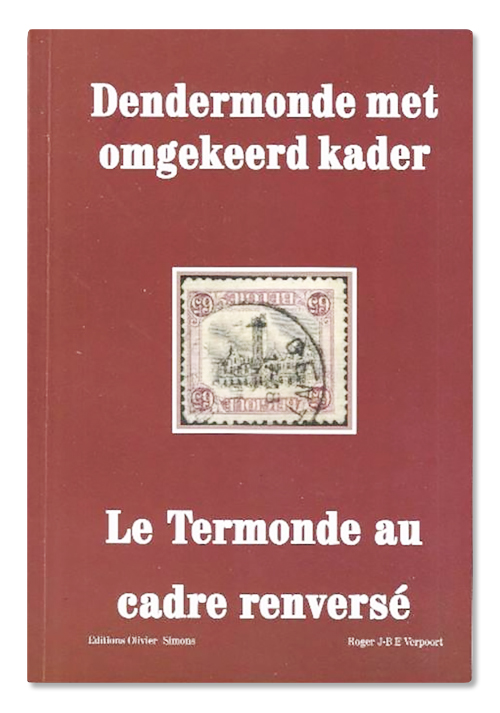 A book on the Inverted Dendermonde containing historical facts and important information regarding the stamp’s origin.

At present, stamps are listed in catalogs such as Michel, Yvert, Scott, and the Belgian catalog of postage stamps. The cost of the piece can reach €75,000 at various auctions. It is known that 15 stamps are used and 2 other copies are unused, which significantly increases their value. There is also a book written about this rare Belgian stamp, which covers its history of creation and some significant and curious facts connected to it. It can be bought at online stamp auctions and sometimes it appears on eBay.

Interestingly, one of these stamps belongs to Anatoly Karpov. He is a famous Russian chess player, who possesses a posh collection of postage stamps. According to some sources, his collection may be estimated at no less than 13 million euros. A part of this large collection is kept in the safe deposit box of the chess player. It is important that the main themes of his collection are Olympic philately, chess, Soviet stamps, and the Belgian stamp. However, in the world of philately, a particularly valuable part is considered to be the Belgian stamps.