The Inverted Swan of Australia

Western Australia, before the merger in 1901, existed under the same name as the independent British colony. As the Swan River flowed there, the area was originally known as the Swan River Settlement, and the picture of the graceful swan became the emblem of the colony, and then of Western Australia. All the stamps published there were decorated with this pattern, with the exception of the 1902 series, which portrayed Queen Victoria. 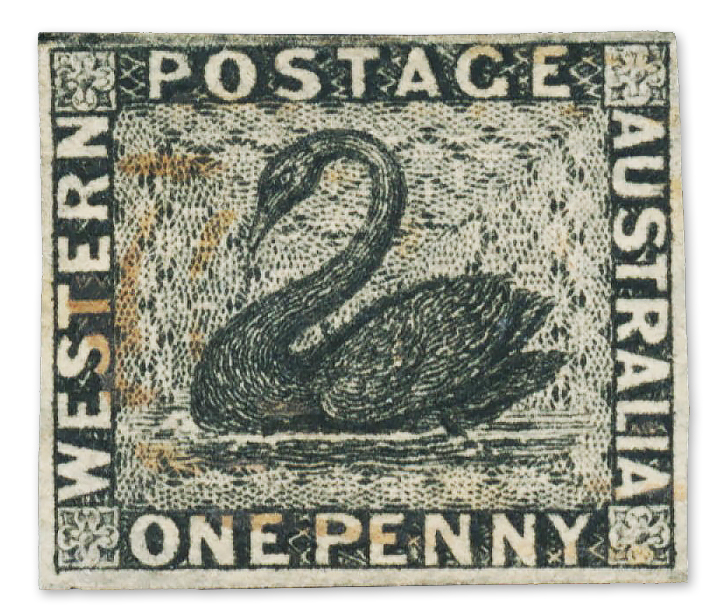 The first stamp of Western Australia was created in 1854. A year later, a famous philatelic rarity was created due to a similar mistake. The stamps were printed in one million copies in England by Perkins, Bacon & Petch. They were then taken to the colony by sea, and the two other planned denominations were printed in Western Australia. Horace Samson was appointed by the government as the person responsible for their production.

Samson used a lithographic stone for printing the stamps in the blue color (they later received the name "Inverted Swan"). After the required number of stamps was printed, the lithographic stone was sent to a warehouse. However, after some time, additional stamps were needed, and the stone was returned to the printing house, but two frames were ruined during transportation.

The restoration of the frames was entrusted to another person, but during the work, he made a mistake and one of the frames turned out to be inverted. Importantly, although the frame was turned upside down, the stamp was named "Inverted Swan". This case is one of a kind, considering that the design and the frame were made in the same color. The error was detected and corrected during the printing of the next batch of stamps. However, by that time, 97 sheets had already been printed, which meant that 388 stamps were issued with this error. Philatelists discovered the variety of this stamp only in 1871. At present, only 16 copies have been found, and all of them are used. One of the copies has an interesting history though. 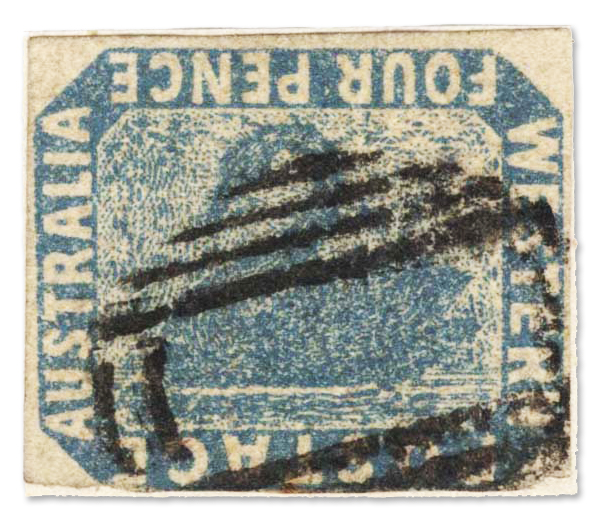 It was discovered many years ago in Ireland by a schoolboy, who saw this unusual stamp in his teacher’s collection. The piece attracted the attention of the boy, and he told a rich philatelist about it. The duke gave the boy $16 to purchase it from the teacher. The schoolboy bought it and forwarded it to the Duke, for which he was rewarded with a large number of stamps from the Duke’s collection (these were just copies though). After the death of the collector, the "Inverted Swan" has been stored in the Dublin museum.

Another copy of the stamp is kept in the Royal Library of the British Museum - in the stamp collection of the former Vice-President of the Royal Philatelic Society of London, who bequeathed the collection to the museum in 1891. Understandably, these rare stamps are highly valued by philatelists, and become the highlight of any online stamp auction. At an auction in Sydney in 1981, a copy of this stamp was sold for as much as $100,000.

In the early 1980s, the lithographic stone used for printing the “Inverted Swan” was found in Australia. An Australian collector found it in some old warehouse. The stone was sent to Sydney for an exhibition, and then permanently stored in the capital of Western Australia, the city of Perth.