The Lost Stamps of the USSR

In the times of the Soviet Union, the Soviet postal service issued some stamps which were later destroyed for various reasons. However, some of them even went on sale after they were extracted from the commercial circulation. Not surprisingly, some of them could be bought by professional philatelists even in a few hours. Now, the remaining copies of these stamps have a high value at the international auctions. Despite the fact they were lost, all of them can be found now in many philatelic catalogs.

Today, due to modern technologies, it’s possible to reproduce the lost stamps in the same colors and sizes. Thus, you can add some interesting items to your collection at an affordable price if you specify on the USSR stamps. No doubt these stamps have a certain historical, educational and artistic value.

So, here’s a list of stamps below that were issued by the Soviet postal service. But because of ideological and other reasons, they were not put into circulation. Stamp collectors call them “stamp projects”. Such projects have a particular interest among the collectors.

Most famous of the lost USSR stamps 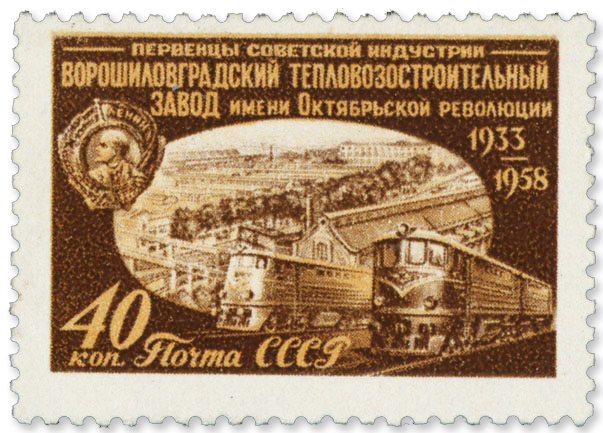 This is a series of four stamps called "The Firstborns of the Soviet industry". It was prepared for printing in 1958. There was also the stamp “25th anniversary of the Voroshilovgrad locomotive plant named after the October revolution of 1933-1958”. It was prepared for printing by the decree of the Presidium of the Supreme Soviet Ukrainian Socialist Republic dated March 5, 1958. The Voroshilovgrad region and the city of Voroshilovgrad were renamed in the Luhansk region and the city of Luhansk. Therefore the stamp with the old name of the city was eliminated. Currently, the series consists of only three stamps. 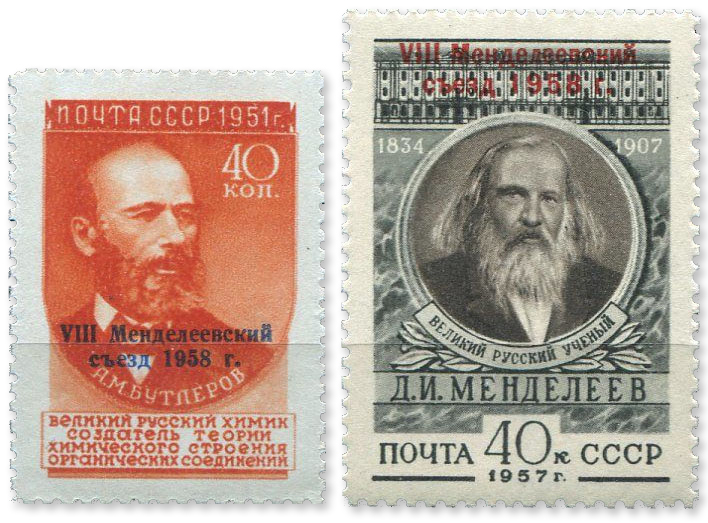 In 1958, the USSR government planned to arrange the VIll Mendeleev Congress dedicated to the Problems of General and Applied Chemistry and its use in the National Economy". The Congress was postponed to February 1959 later, and they decided not to issue the stamps and destroy them instead.

They started Mendeleev congresses in Russia upon the initiative of the Russian Physical and Chemical society in the memory of D. I. Mendeleev in 1907, the year of the death of this scientist. So, the first Congress took place in 1907, the second one in 1911. The seventh Congress in 1934 had a 25-year hiatus before the eighth one ever took place. 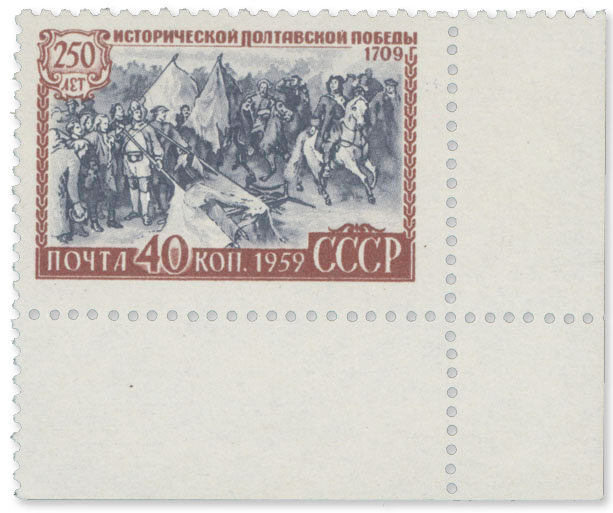 In 1959, the USSR celebrated the victory anniversary over the Swedes, performed by Peter I, near Poltava. To commemorate this event, they issued the relevant postage stamp. However, the head of state at that time, Nikita Khrushchev, planned to pay an official visit to Sweden to discuss Soviet-Swedish cooperation. That’s why the government decided not to release the stamps for sale for ideological and political reasons.

On a 40-kopeck stamp, the captured Swedish troops led by their Prime Minister, Karl Piper, and field marshals, stack flags in front of Peter I. This stamp is one of the rarest of all the unreleased stamps, because, as they say, only about 30-40 copies were preserved. 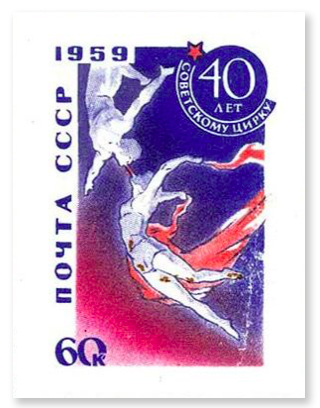 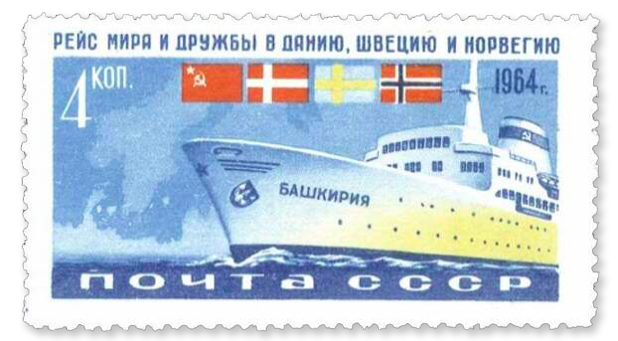 Stamp of 1964. The Voyage of Peace and Friendship to Denmark, Sweden, and Norway by Steamer.

According to many sources, this stamp was not issued because this voyage to the Scandinavian countries failed. In fact, in 1964, N.S. Khrushchev visited Denmark, Sweden, and Norway on the “Bashkiria” ship. However, Khrushchev was later removed from the Soviet Communist Party for political reasons. That’s why the government decided to destroy the stamps. Some of the stamps have been deposited in private collections. In 2008, a copy of this stamp was sold at the Cherrystone auction for $ 28,750. 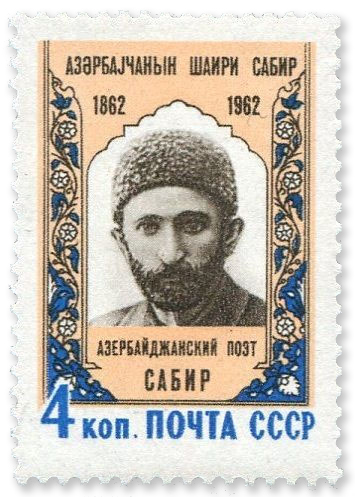 In 1962, they celebrated the 100th anniversary of the birth of the Azerbaijani poet, satirist, and one of the most prominent figures in the early XXth century, Sabir (his real name Mirza Alakbar Zeynalabdin oglu Tairzade). The postage stamp had an error: “Азербаjчан Шаири Сабир”  instead of the correct inscription: “Азербаjчанын Шаири Сабир”. They urgently printed a new edition, and the old one was destroyed. But some of the error collection went to the philatelists.

This stamp had been printed in large amounts. But the government noticed the error and all the copies were destroyed. Later on, they printed the stamp with the correct organization name. Evidently, some of the stamps with an error had been received by the Philately Department of the Moscow Bookhouse and they were sold to the philatelists. 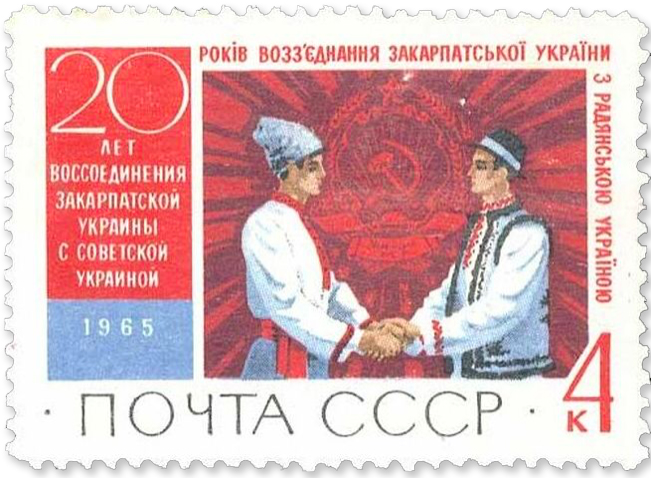 Stamp of 1965. 20 years of the Reunification with Transcarpathian Ukraine


On the 20th anniversary of the Transcarpathian Ukraine and Soviet Ukraine reunification, the Soviet government decided to issue a commemorative stamp that would be circulating within the whole territory of the Soviet Union. The stamp was issued in a limited edition. And at one auction, a copy of this stamp was sold for almost $30,000. 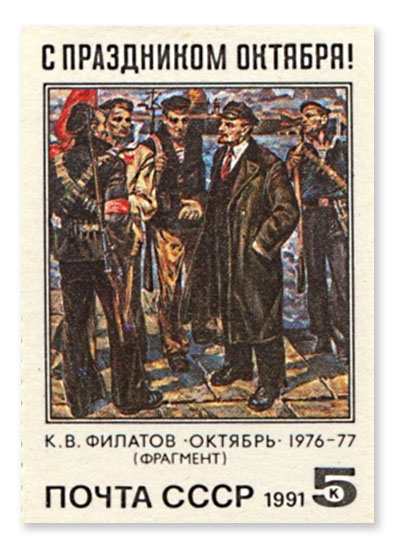 
Before the collapse of the Soviet Union in 1991, they planned to issue the stamp "Happy October Revolution Day". But for political reasons, the stamp had not been issued.


Here are some other stamps lost in circulation in the USSR. 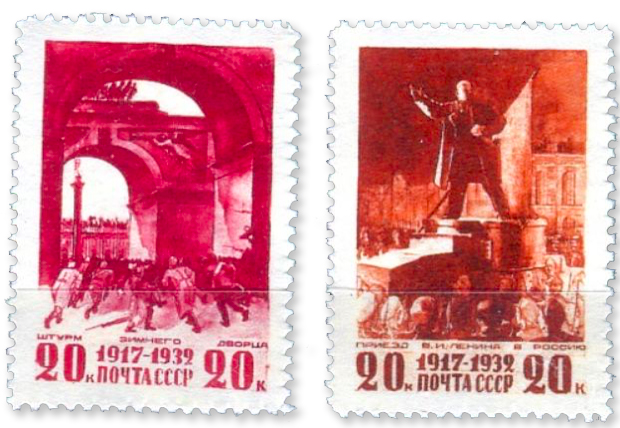 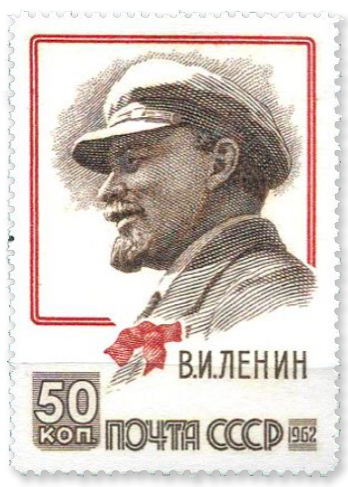 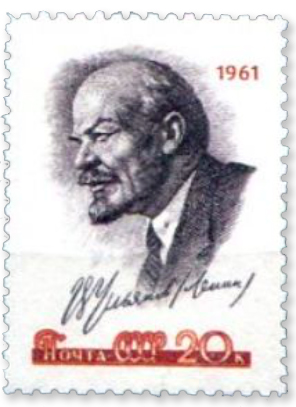 USSR stamp of 1961. Lenin, not issued in circulation. 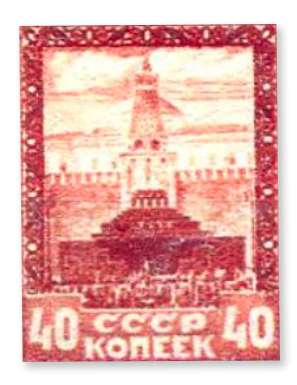 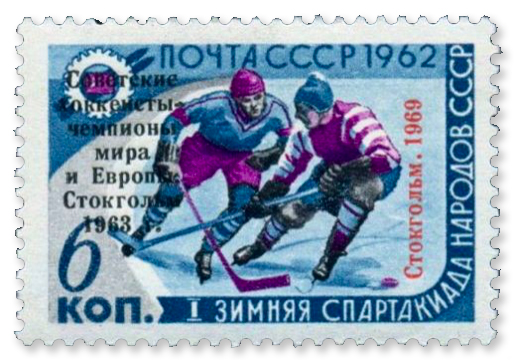 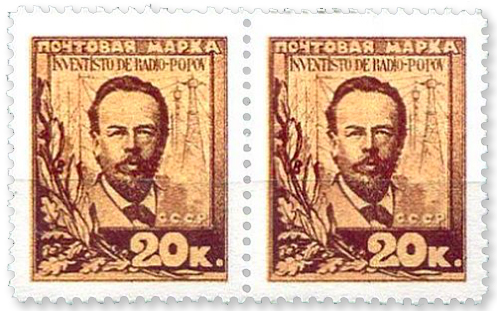 USSR stamp of 1925. Popov, the inventor of radio, 20 kopecks. Unapproved for the release.

The stamps listed below were not issued due to the disapproved design. 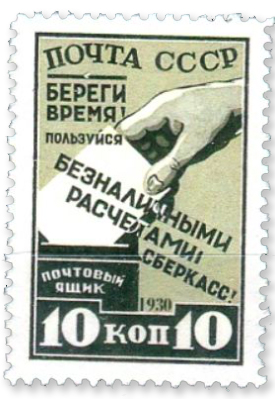 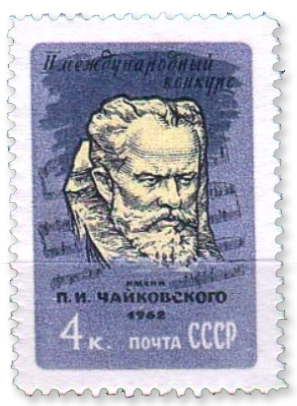 Today, there are some modern reprints of these lost stamps. But most of the real stamps had been destroyed. The unreleased stamps can be a real “pride” for the collectors, as such stamps help to immerse into the unknown pages of the Soviet Union history, having educational and artistic value.