The Most Expensive and Rare Stamps of Brazil: Bull's Eye Domination

This review will not cover a wide variety of stamps belonging to different epochs or series. In fact, our readers will get a chance to see how greatly prices may vary for the same types of stamps. All these stamps of Brazil are extremely rare and valuable.

This is a block consisting of three rare stamps printed in Brazil that was sold for more than $2 million. The trades were held by Siegel Auction Galleries. The stamps called "Bull's Eye" were issued in 1843, and they are considered the most valuable postage stamps of this country. The block sold at the event consists of two pieces with a face value of 30 reis and one - with a face value of 60 reis. Brazil is the second country in the world after Switzerland to use postage stamps to pay for correspondence. In 1842, the leaders of the postal administration of Rio de Janeiro ordered the production of sketches of the first Brazilian stamps and clichés for printing. Stamps were issued by the state printing house of Rio de Janeiro. These Brazilian stamps received their unusual name due to the oval pattern. 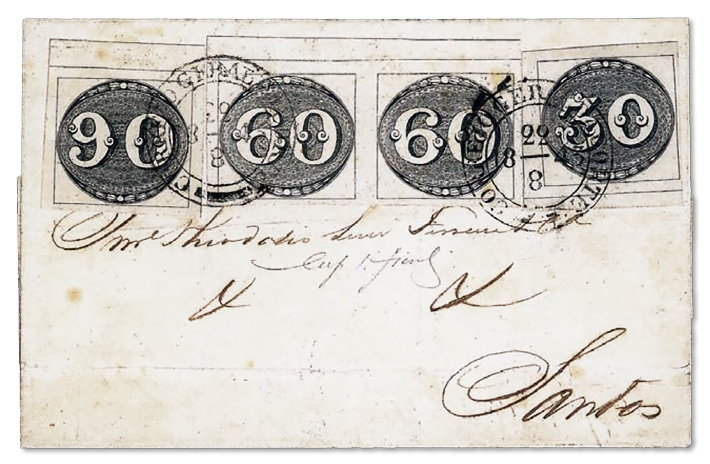 13 years ago, David Feldman auction offered this beautiful complete set for sale. The lot was part of the Luis Alemany’s Grand Prix collection for quite a while and then traded to its new lucky owner. The main peculiarity of this piece lies in the fact that it offers its owner a unique possibility to own more than 3 top postal items of the country. 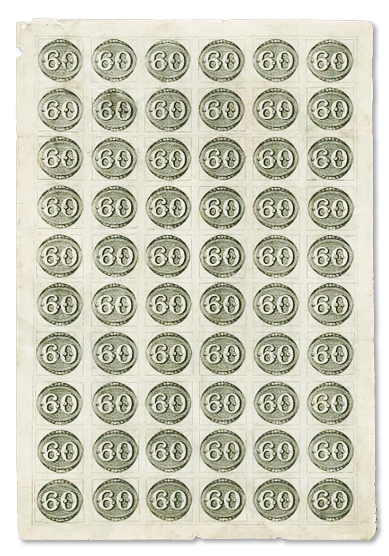 This is another unique lot from Brazil. The sheet consists of 60-reis stamps issued in 1843. This philatelic rarity was sold at Corinphila 6 years ago. It may be assumed that this notable piece will only grow in value with the time.

The estimated value of this 1843 pane consisting of 18 stamps is quite moderate. It is in perfect condition and beautifully centered. Siegel Auction Galleries states that this is the largest example that has been preserved. 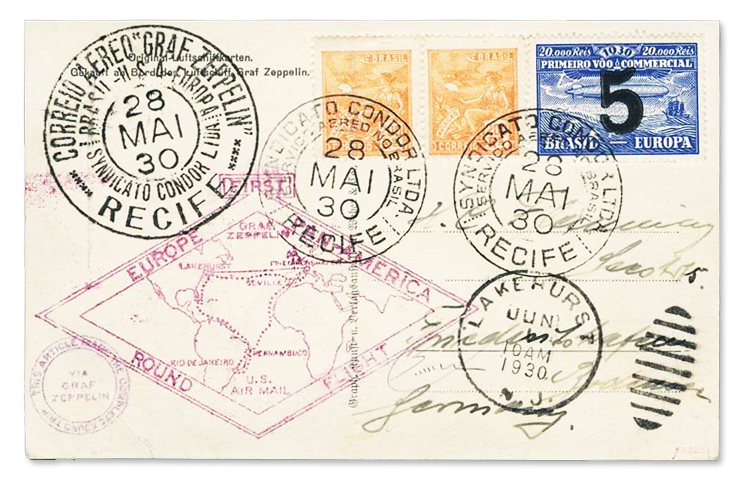 This 1930 lot is dedicated to the Pan-American flight. It is known that only thirteen similar stamps are available to the philatelic community while seven of those are on cover. The lot was offered by Cherrystone. 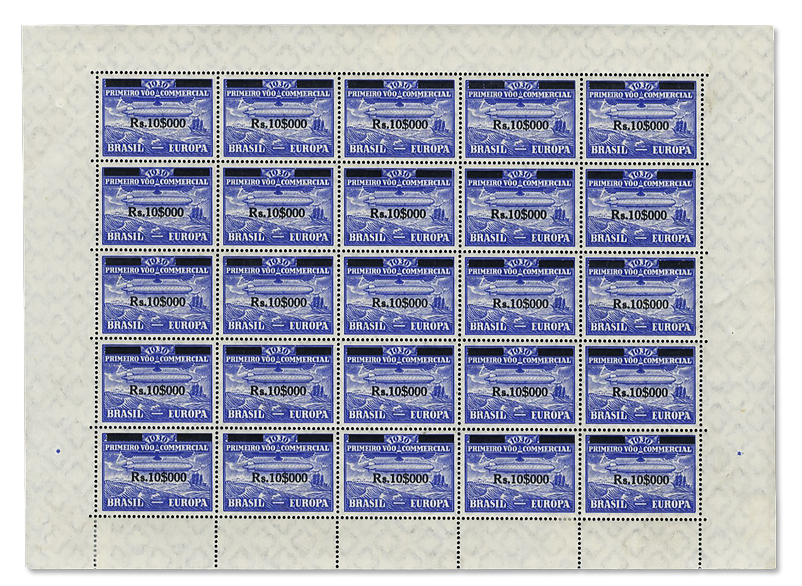 This is another piece issued in 1930 by the Brazilian postal authorities. The lot consists of 8 sheets of Brazil-Europe stamps. The piece was sold by Cherrystone auctions in 2009. 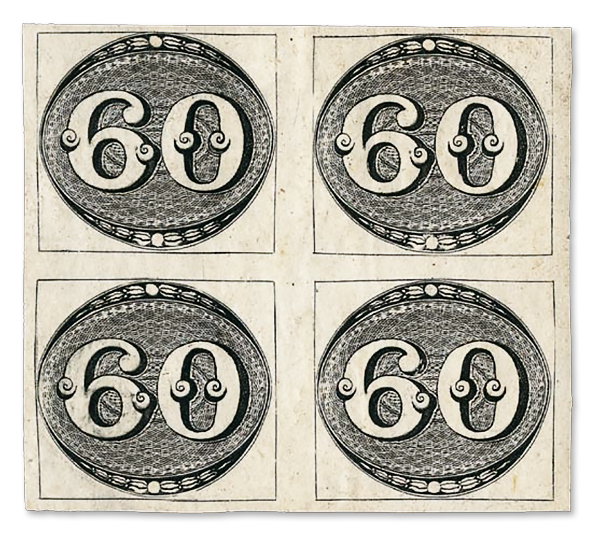 This block of 4 stamps is a bit different from all the Bull's Eyes shown in this article. Its peculiarity lies in the fact that, in contrast with other copies, this lot has original gumming, which is rarely observed in the stamps of this issue. As well as other stamps, this block was printed in 1843. The piece has a natural gum wrinkle. 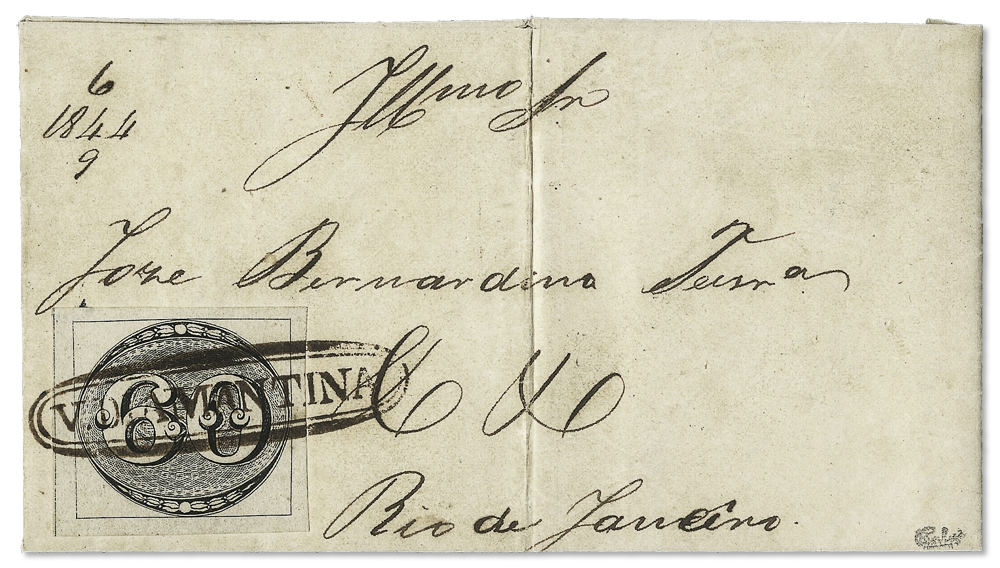 Another extremely fine piece of 1843. This beautiful impression on the cover is a true rarity since only four such pieces are available. The lot was exhibited by Siegel Auction Galleries. 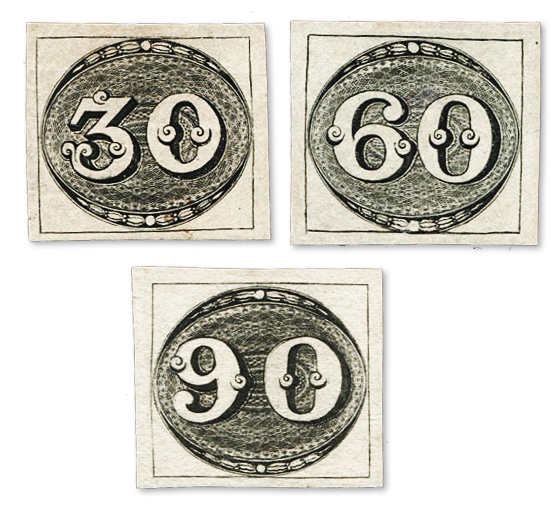 In 2012, this 1843 set of three with nominal values of 30, 60 and 90 reis were sold at an online stamp auction. This is the first issue of postage stamps of Brazil. There are several varieties of these stamps that vary in the color of paint (from gray to black) and the color of paper (from yellowish to bluish shades). Of the greatest value are those pieces that belong to the first part of the circulation with a clear seal on yellow paper. These stamps do not have glue. This is typical for almost all Bull’s Eyes. Despite the fact that they were originally produced with gumming, at present, few copies have original gum. 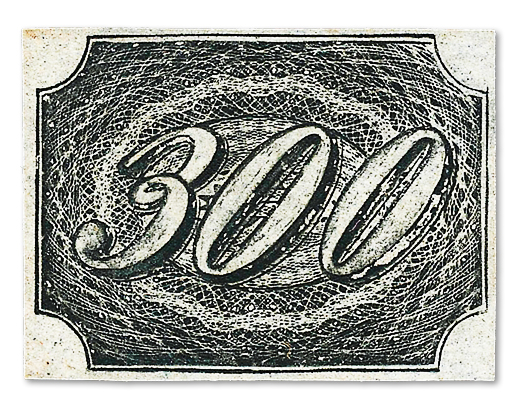 The final lot was issued in 1845 and was offered at a Siegel Auction Galleries event. The stamp has no gum as well as other stamps of this issue; however, this one is in unused condition, which makes it valuable for the true connoisseur.