Japan: The Most Expensive and Valuable Stamps

Stamps of Japan can often be observed at different stamp auctions all around the globe. Interestingly, this country has a variety of rare and valuable stamps; however, they do not always get high realization prices at philatelic events. This article will reveal the most expensive postal items of Japan sold at stamp auctions during the past years. 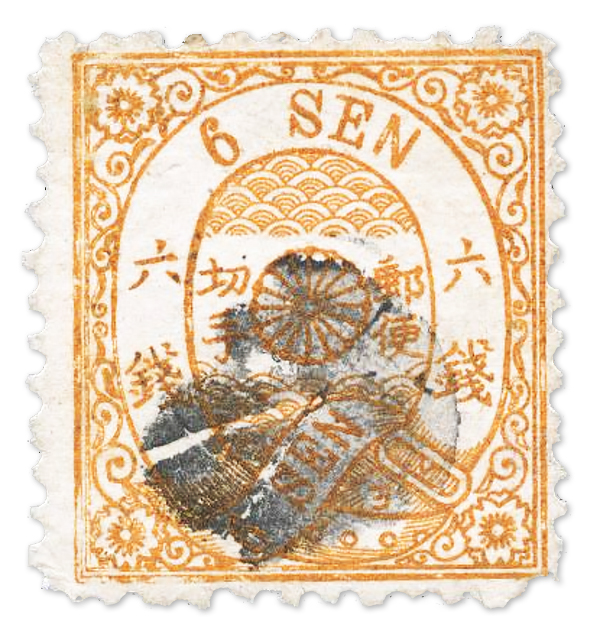 This piece is the most valuable stamp of the country. A collector from Scandinavia accidentally found it and, at first, he didn't understand that it was a rare piece. Sometime earlier, he had purchased an extensive stamp collection but did not go through it with due attention so the stamp was ignored for a while. One can imagine how surprised this person was to detect such a valuable stamp among other Japanese items. At present, it is known about the existence of six similar stamps from this series. This lot is believed to be the finest example of this valuable stamp. The lot was realized at the Postiljonen Jubilee Auction six years ago. 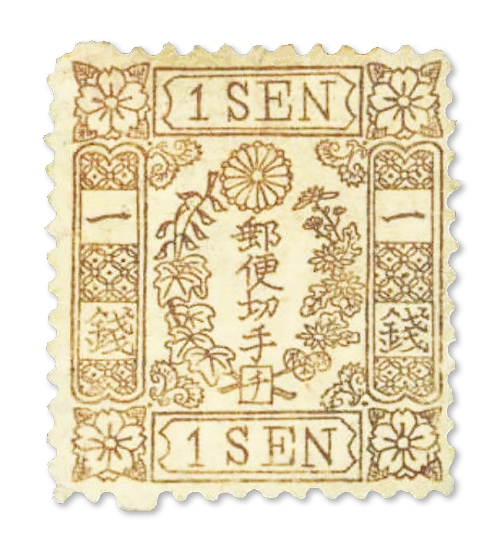 This is another rare stamp sold at a philatelic event during the past years. The piece was part of the famous Ruggiero Collection. The stamp was created using foreign wove paper; it has original gum and is of superb quality. This perfect syllabic 8 was offered at Dynasty Auctions. 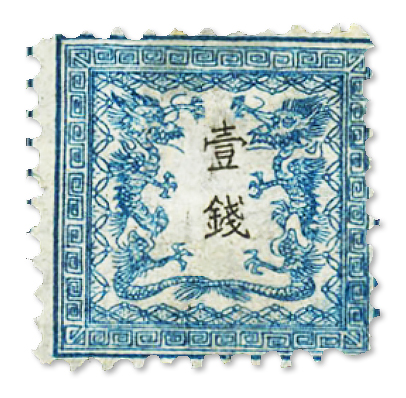 This stamp has exceeded its estimated value several times during the sales. The lot is in perfect condition and has no gumming (the entire series was printed this way). The perforation is also sound, which has contributed to the final price of this stamp. The design of the item shows an eastern dragon, which personifies gods and wisdom. 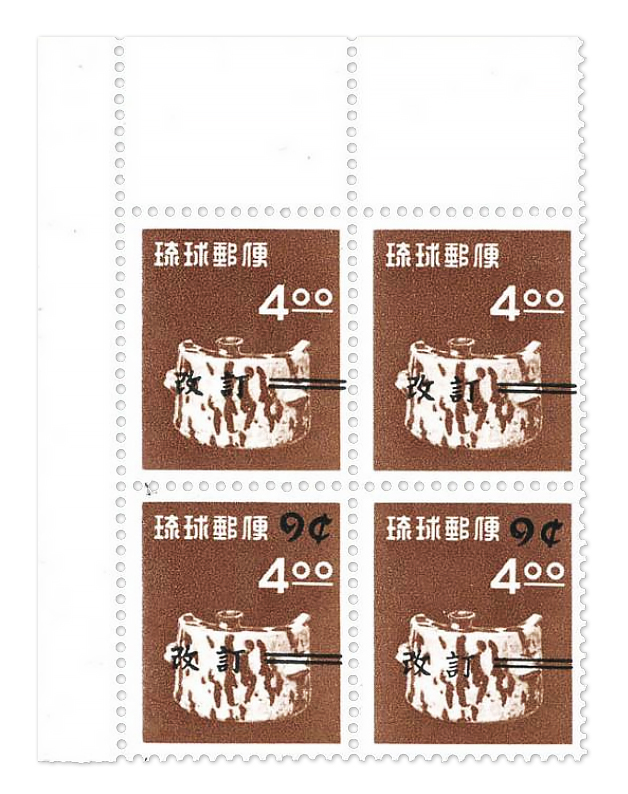 This lot was offered at one of the Kelleher auctions just a couple years ago. This is a remarkable stamp released by the postal authorities of the area. The peculiarity of this lot lies in the fact that the top two stamps have no 9c surcharge. 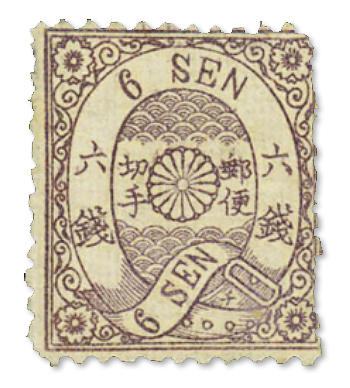 This interesting stamp was printed on foreign paper and has a Kata-Kana alphabet character “ha” on its front side. This lot is one of the few unused specimens that have remained intact. Nevertheless, it has no gum. Experts have categorized the piece as syllabic 3. 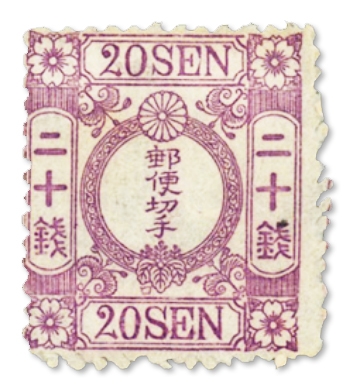 This is another notable syllabic. The stamp was created using native laid paper and has never been used. As well as the previous lot, it also has no gum. The stamp was realized at Dynasty Auctions. 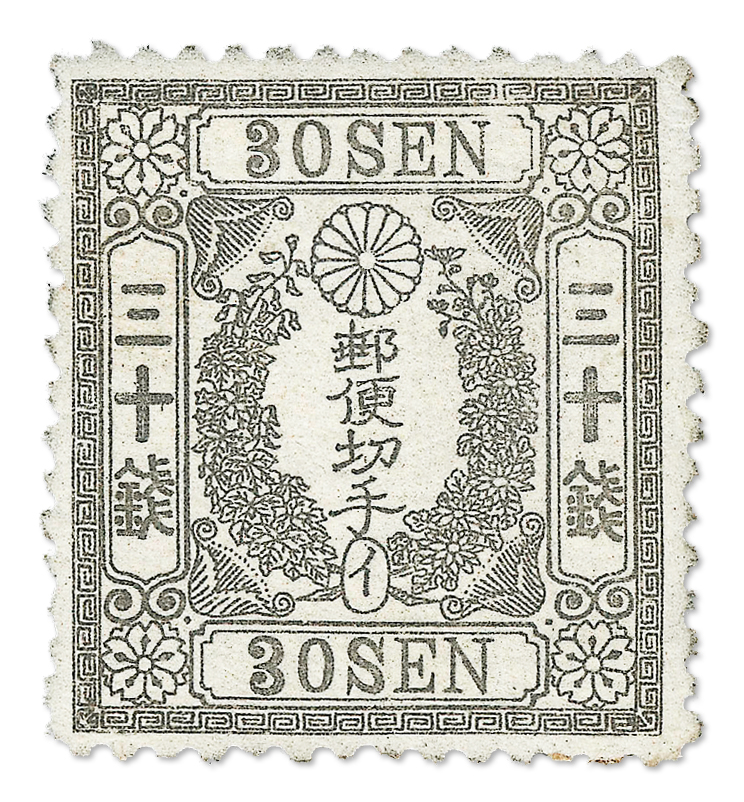 This stamp of 1874 is a true rarity; additionally, there is only a limited number of available copies that are in such a good condition. The stamp has all perforations and is beautifully centered. This lot was offered at a Spink event. 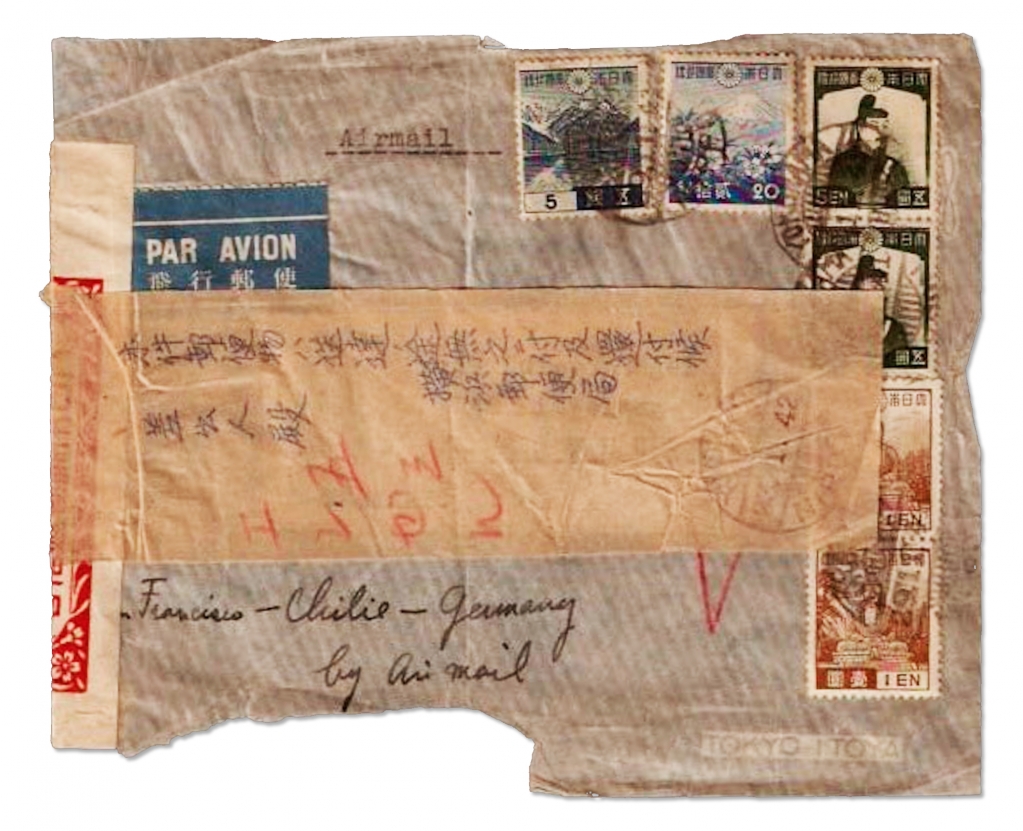 In 2012, a postal envelope sent from Yokohama to Hamburg (Germany) in 1941 was sold for $2,850. On the envelope, one can find four postage stamps of Japan from the series of 1937-1945. The entire series consists of 19 pieces, which were in circulation from 1937 to 1945. The stamps on the envelope were issued in 1939, with the exception of the 20-yen mark, which was printed in 1940. Interestingly, the postmark stamped on the envelope was made in Japan on November 29, 1941. A week later, on December 7, 1941, the Japanese fleet was attacked at Pearl Harbor, as a result of which both Japan and the United States were engaged in World War II. The envelope has the inscription “San Francisco-Chile-Hamburg” and also has a paper with Japanese hieroglyphs with an imprint dated January 23, 1942. It indicated the return of the letter to the sender. It turned out that, in the midst of World War II, the letter reached the other end of the world and returned back in less than 2 months. 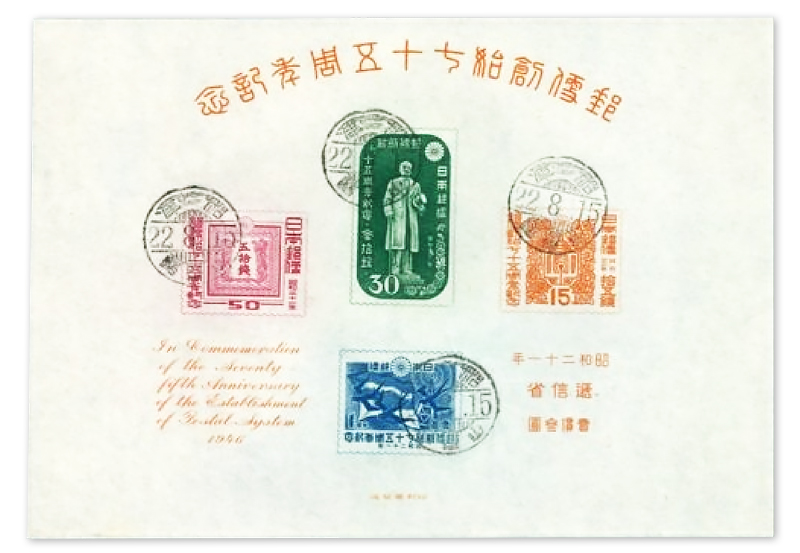 The block of 1946 consisting of 4 stamps dedicated to the 75th anniversary of the State Postal Service was sold in 2012. In 1946, Japan brought into circulation a series of 4 stamps. The series was also released in the form of an unperforated sheet. This souvenir sheet was printed in two types. The first issue had more boldly printed letters and amounted to only 2000 copies. 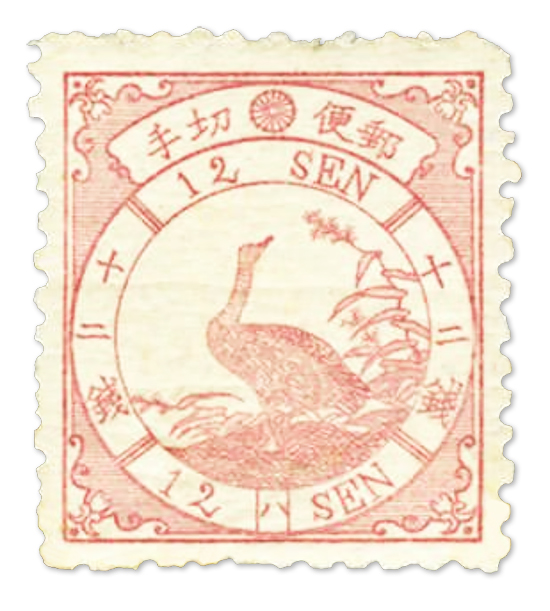 This issue of 1875 created for world-wide correspondence is considered a true rarity, and such a stamp may become a true gem of any collection. The lot has been categorized as syllabic 3. The piece was offered at a Cherrystone event five years ago.