The Most Extraordinary Stamps

No, no... we’re not going to talk about the first, the rarest, and the most expensive stamps here. We’ve already written a lot of articles about them.

In this article, we’re going to tell you about the most unusual, interesting, and unique stamps in the world at the moment. These stamps may surprise you not only with their production materials but also with their stories, content, and themes.

The "smallest" postage stamps had been issued in Colombia, Bolivar state, during 1863 - 1866. They were so tiny they could probably be compared with such a "miracle" of the jewelry skills like a horseshoe flea. The stamp size was 8 x 9,5 mm. The face value was 10 cents and 1 peso. 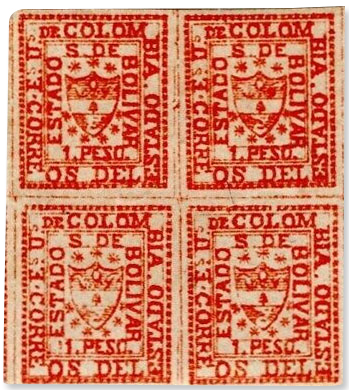 The "miniature" stamps were also issued in West Germany after WWII, British and American Occupation Zone. 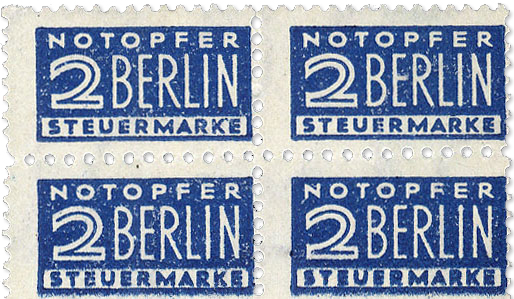 The most "Musical" stamps

Until 1962, Bhutan did not have its own post office, but in the 1970s, stamp production became the country's main source of income. And here, for the first time, they started producing scented and stereoscopic stamps, as well as multi-colored round postage stamps in the form of records that could still be played, despite their size. 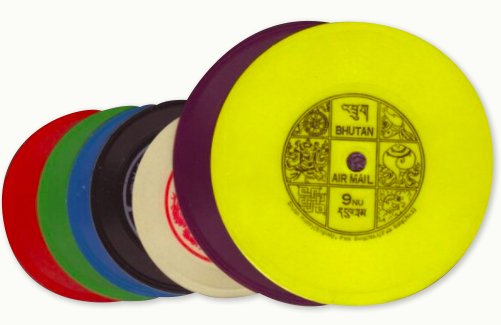 The most "Alien" stamp

One day, if you receive a letter with this Austrian stamp, do not rush to throw the envelope away. Because along with the letter you’ll receive 0.03 grams of the Moroccan meteorite dust. The 19 kg space object was found in Morocco in 2004. The part of the meteorite turned into dust, which had been manually applied to 600 thousand stamps. Each stamp price is about 3,75 euros. 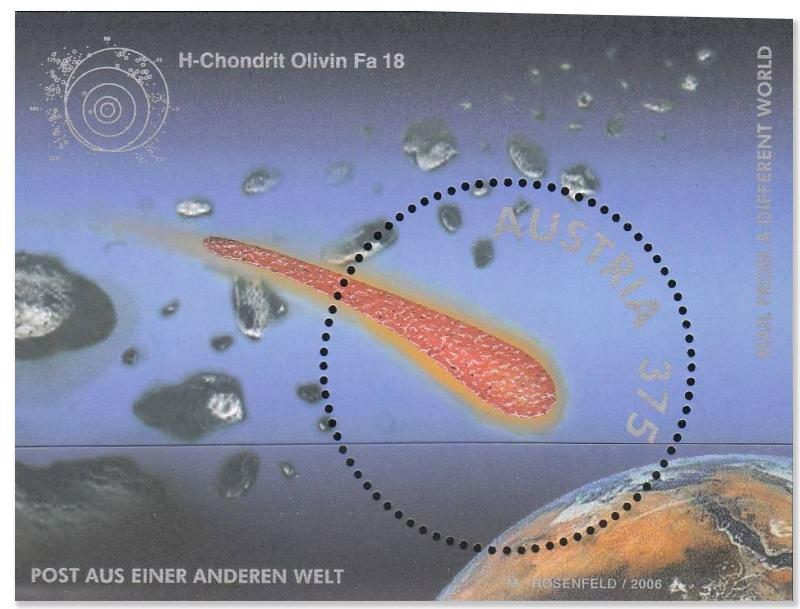 The most “Animated” stamp

Two years later, in 2008, Austria released the most "animated" stamp. It contained three-second video pictures where the football player, Andreas Herzog, scores his famous goal against Sweden. The post office created such a stamp to commemorate this remarkable victory in the history of Austrian sport. 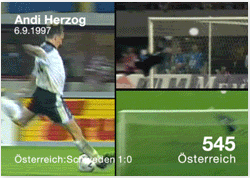 The most "Stylish" stamp

The most "stylish" stamp is a German stamp with actress Audrey Hepburn. The stamp was issued in 2001, but it did not enter postal circulation, although it was issued as a postal charity. However, they planned a large circulation – about 14 million copies. But after seeing the design, the actress's son revoked the publishing rights. He didn't like the picture of his mother with a cigarette. Now there are only 30 copies in the world owned by different philatelists. 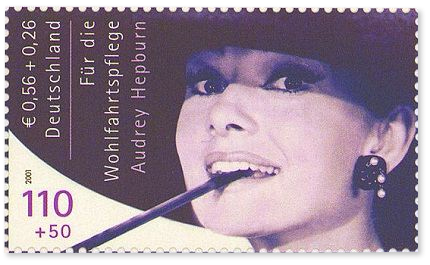 The most "Optimistic" stamp


In 2014, the American post office released the most "optimistic" stamp, which was part of the "Music Icons" series with the portraits of the world's most famous and iconic musicians. The stamp shows a smiling Janis Joplin. 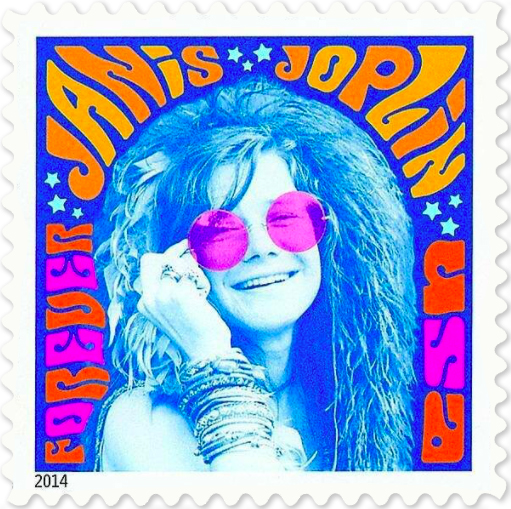 The most “Talkative” stamp

This copy joined the Guinness World Book of Records as the most "talkative" stamp. The design of this stamp was made by the Belgian post office. It is performed in the minimalist style: a woman’s portrait and a background, containing 606 words in different languages. It’s worth mentioning that these are not just words, but quotes from the UN Convention on the elimination of discrimination against women. 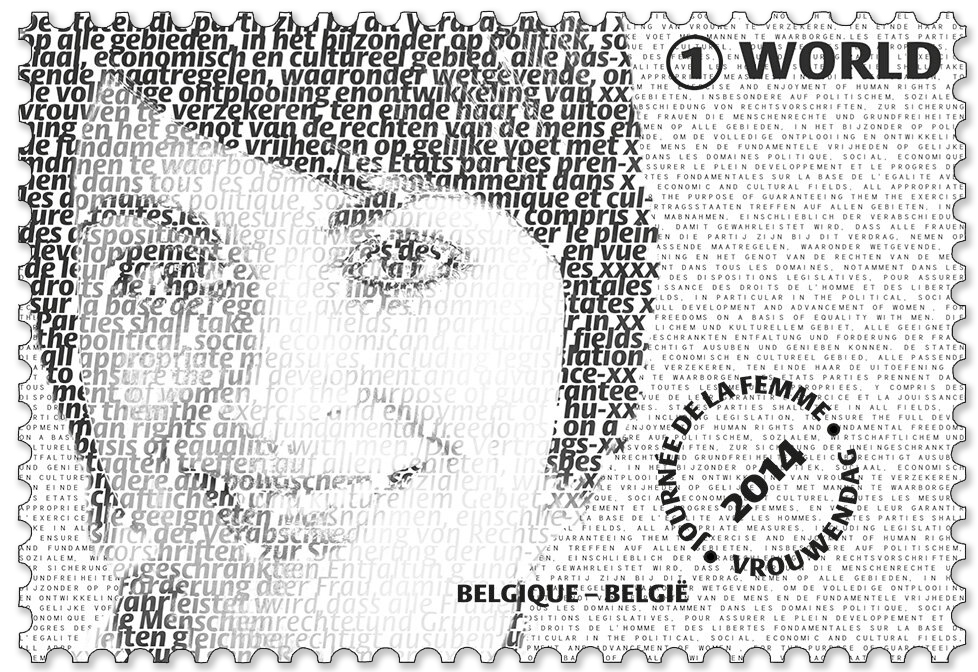 In 2009, the world celebrated the 400th cocoa beans anniversary. And France came up with the idea to release the "sweetest" stamp with the taste of the well-known French chocolate. Moreover, its creators assured that happy collectors will inhale the cocoa aroma for at least 2 years. By the way, these stamps were produced not only in France. 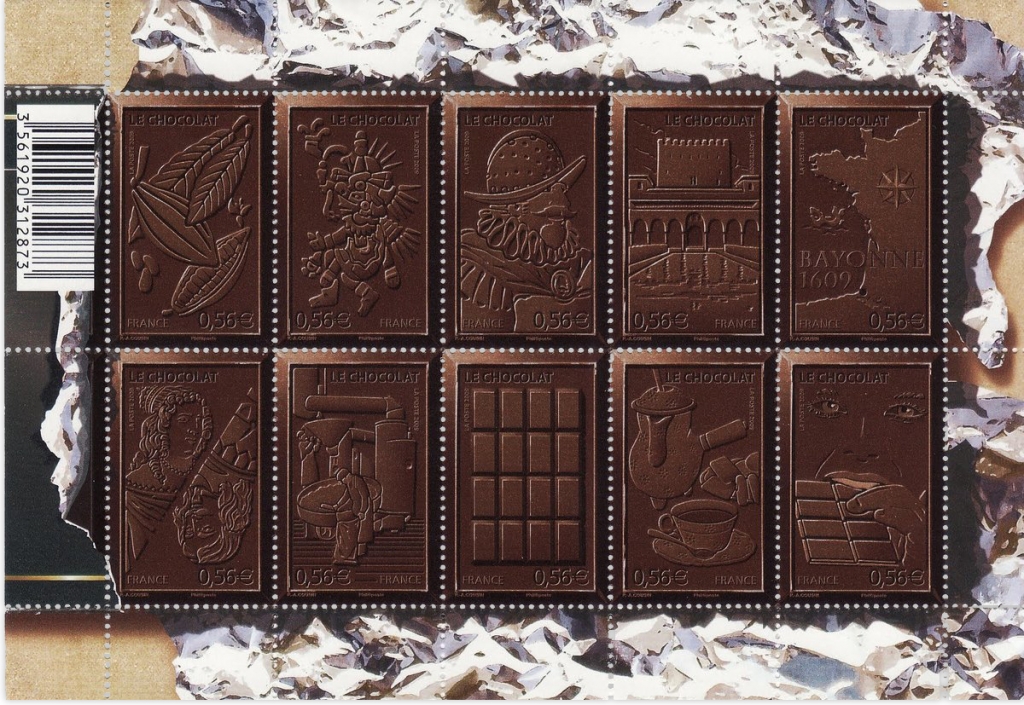 The "strangest" stamp, because of its design, was created in the Netherlands. The part of the profits from sales was sent to the Fund for support of children who have adaptation problems. 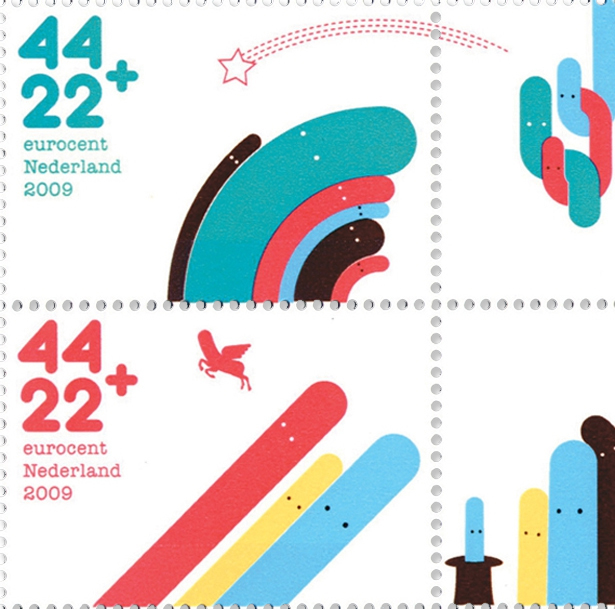 The "craziest" stamp was made by an African artist. This stamp illustrates the funny quote of the famous Russian politician, Viktor Chernomyrdin: “We wanted only the best but the outcome was as usual”. Well, the South Sudan post office decided to commemorate the great leaders of the XX century... So, what was the outcome? See for yourself. 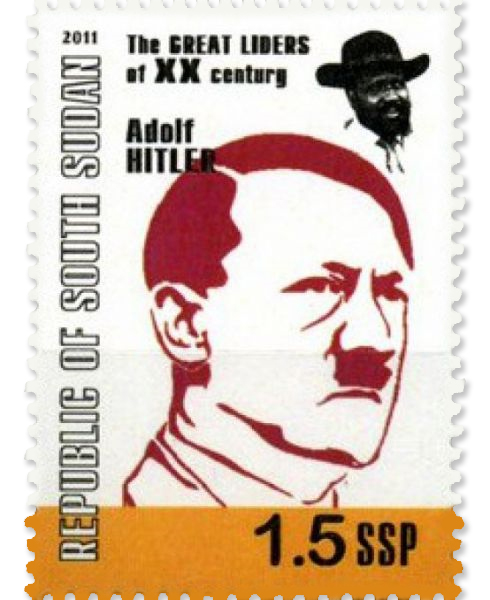 The most “Volcanic” stamps

In 2010, the Iceland post office announced it had issued three stamps in honor of the Eyjafjallajokull volcano eruption. The most "volcanic" stamps were made by silkscreen printing, using fine-grained trachyandesite ash that was ejected from the Eyjafjallajokull volcano in April 2010. The ash of trachyandesite magma has about 60% silicon content and was thrown out from a depth of 7 km at a temperature of over 1100°C. Then it reached the glacial surface and cooled.

This is a block of two of Morocco's most "sandy" postage stamps, containing sands collected from the real sand dunes of the Moroccan Sahara. These stamps were issued in November 2010 to celebrate the 35th anniversary of the Green March, an important day in the country's history. 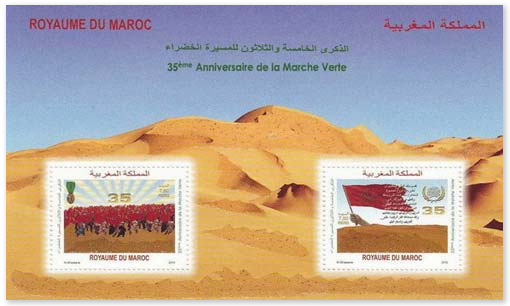 How do you like the "diamond" stamps with real diamonds? These stamps were released in Thailand in honor of the 60th anniversary of the wedding of the King. For its production, the creators used 12 stones with a total weight of 1.2 carats. 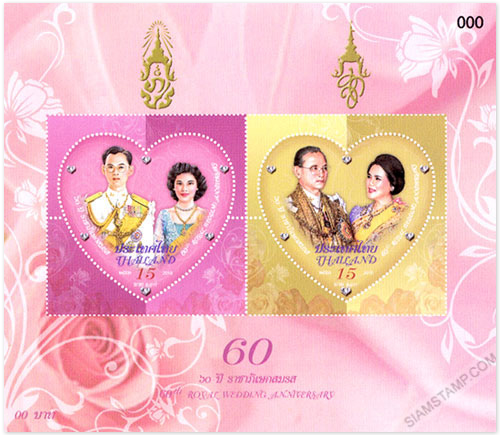 The most "Mysterious" stamp

The most "mysterious" stamp, which was dedicated to the doctors and vaccination, was released in Africa. It promotes the achievements of modern medicine and encourages people not to refuse vaccinations. But it remains a mystery what the doctor exactly "vaccinates" the kid on the stamp... 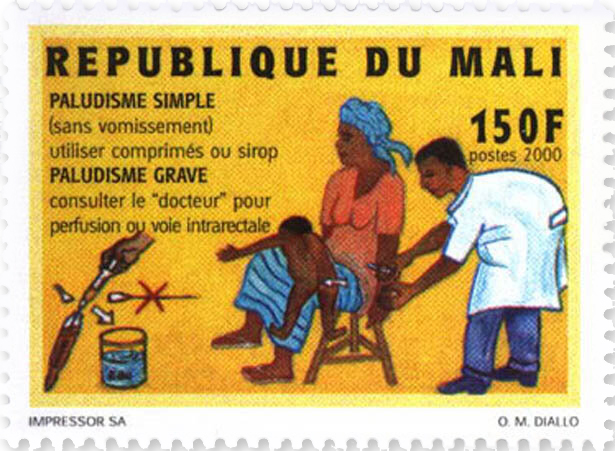 The most "Souvenir" stamp

Most "souvenir" stamps are issued in Singapore. They are made in the shape of a women's purse and are embroidered with beads. The face value is five Singapore dollars. 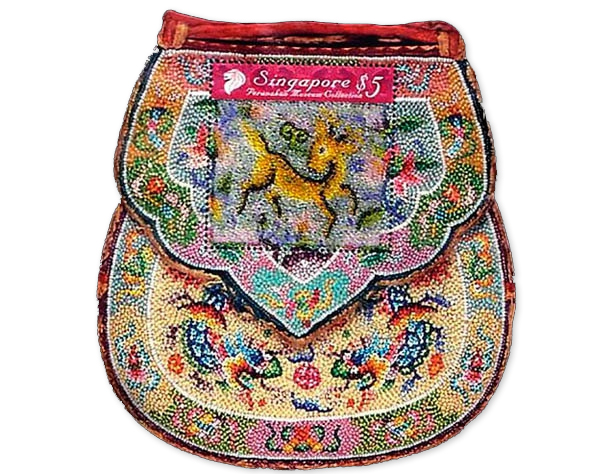 Of course, these are not all the unusual stamps in the world ever issued. Every year, the world produces a great number of stamps and it is difficult to show even a small part of them in one article. But even this is enough to appreciate the diversity of the world… and the world of philately, in particular.