Grab a map and keep going south. As the temperature keeps dropping, you will eventually find yourself in the southernmost land mass of the Earth – Antarctica.

As you know, in the first several decades of the 20th century seven different countries had territorial claims in Antarctica. During that time, many nations that laid claim to parts of Antarctica issued postage stamps. Read on to find out more about the most famous stamps of Antarctica, as well as some valuable stamps sold during the world’s renowned stamp auctions! 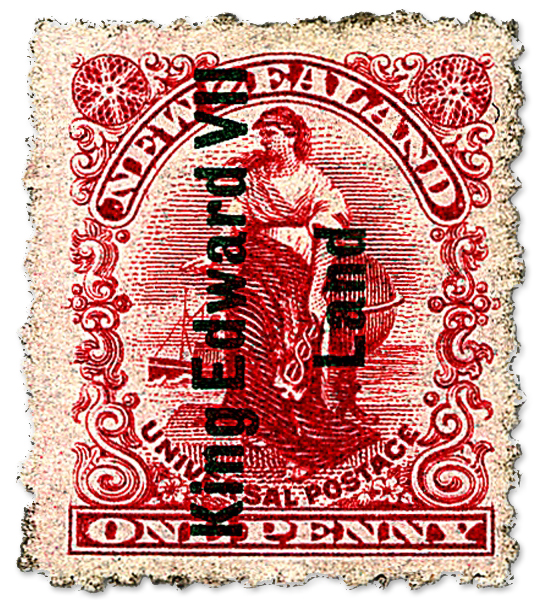 This 1p rose carmine stamp will take you back to the year 1908. In January 1908, the New Zealand post office was the first to issue a stamp produced specifically for use in Antarctica. It happened during one of the long, exhausting expeditions led by the explorer Ernest Shackleton. This New Zealand 1p stamp was overprinted with “King Edward VII Land” – it was the name of the peninsula discovered in January 1902 by the British Antarctic expedition. 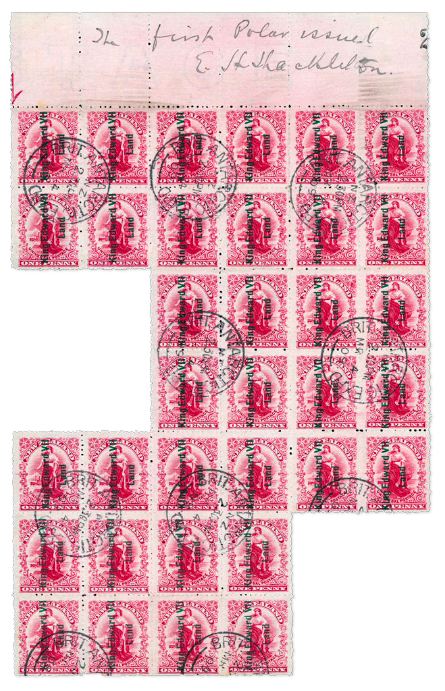 On May 24, 2016 an exceptional set of 34 King Edward VII Land collectible stamps was sold for £1400 at Grosvenor Philatelic Auction. You can see it in the picture above: it has an irregular number of stamps in the set, 34 instead of 42. 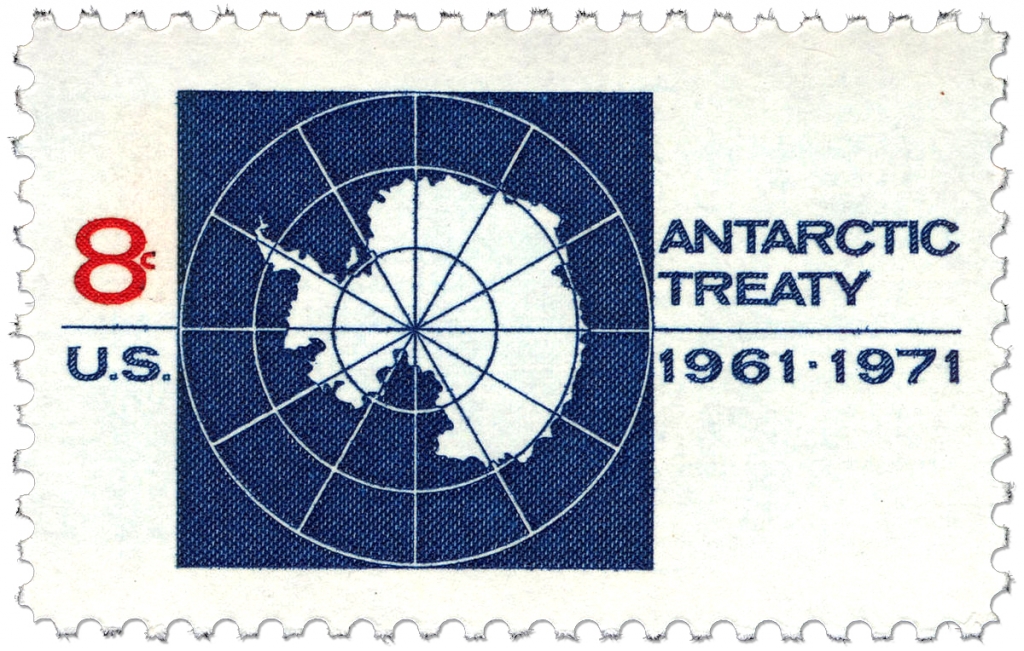 The stamp that you see above was issued in 1971 to celebrate the anniversary of the famous Antarctic Treaty. Howard Koslow (an acclaimed stamp illustrator from the U.S.) designed the stamp. It was actually the very first stamp made by Howard Koslow, whose masterpieces you can see on millions of letters worldwide.

But back to the stamp. Look at the picture above and you can easily recognize a map of Antarctica on the dark blue background. The relatively simple design of the stamp was an issue of high political importance, due to diverging interests of nations. 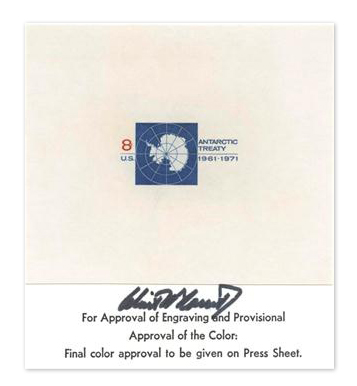 In 2013, a proof of this stamp (see picture above) was sold for $1,099.99. The proof was particularly valuable, as it had the approval by Postmaster General Blount. 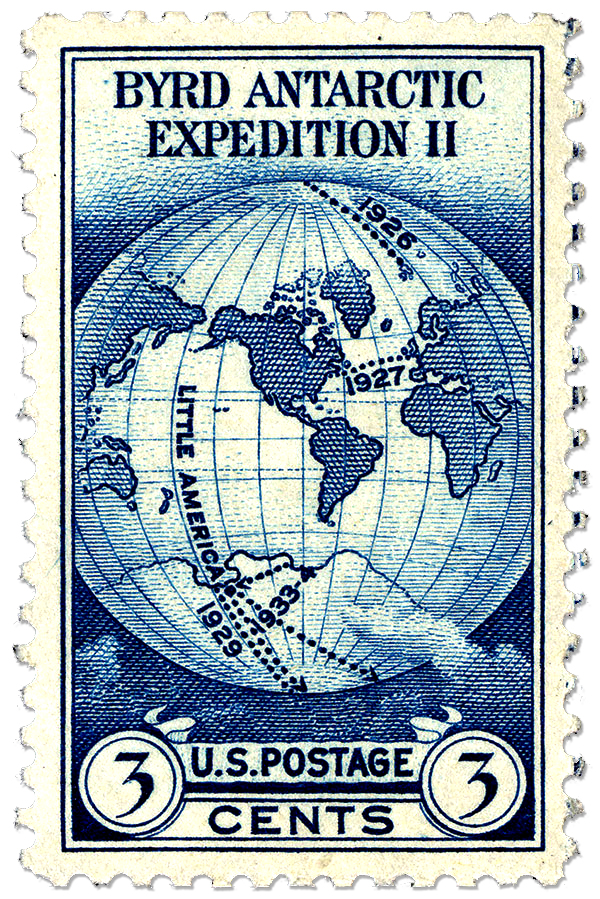 Our journey takes us to the U.S. exploration base camp located on the largest ice shelf of Antarctica, the Ross Ice Shelf. Back in 1935, it was the outpost of Admiral Byrd during his world-famous expedition to reach the South Pole.

The 3c vertical stamp that you can see above celebrates Byrd’s Antarctic exhibition. President Roosevelt himself helped to make a sketch for the original design of the stamp. The stamp shows our world with the route of Byrd’s exhibition on it. Interestingly enough, the stamp was not used for public sale. Instead, it was issued only for use on mails that go through the post office at the U.S. base camp in Antarctica.

In June 2007, a collection of five oversize covers each with a block of four 3c Byrd Expedition stamps was sold for $1,800 at Robert A Siegel auction house. The lot was particularly valuable for its inscription “This letter actually flown and carried on the Exploration Flight at Little America”, as well as “Little America, Antarctica, Jan. 30, 1935” cancel and latitude and longitude information.